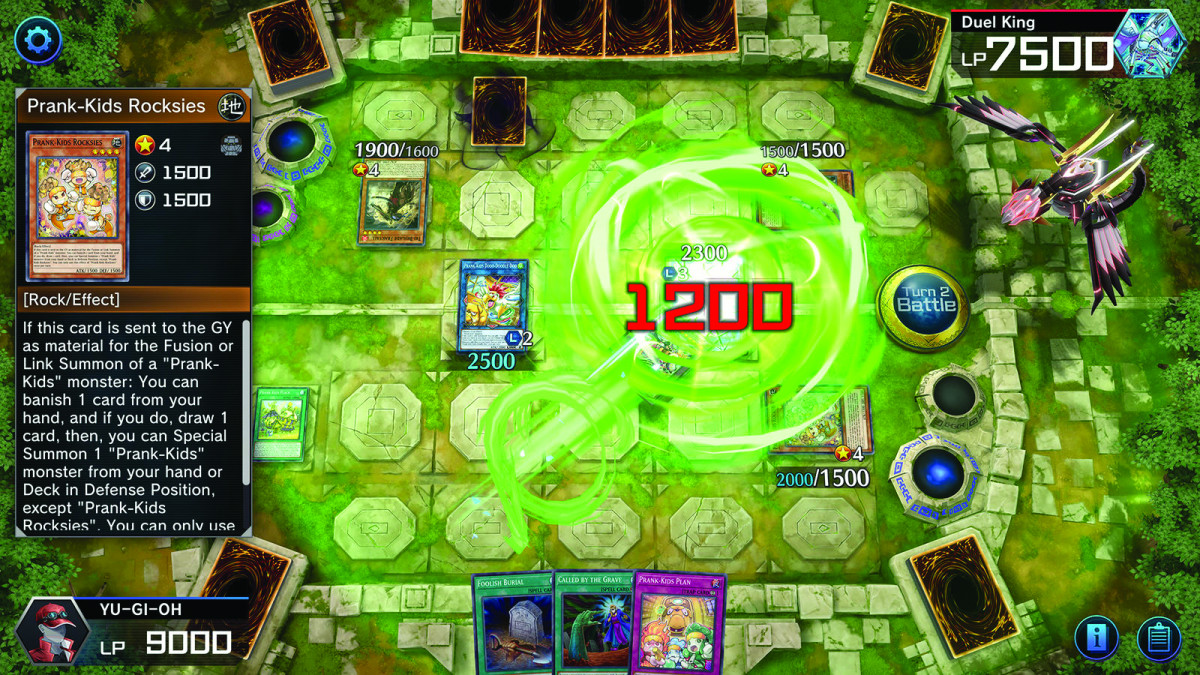 (Photo Courtesy of Konami) “Yu-Gi-Oh! Master Duel” was released on Jan. 19, 2022, and is the latest installment in the franchise’s resurgence.”

Ever since the conclusion of the original “Yu-Gi-Oh!” anime series in 2006 (2004 in Japan), the relevancy of both the anime and the card game has slowly faded away. Since then, the subsequent anime series such as “GX,” “5D’s” and others have continuously drawn less viewers. In addition, new mechanics and card types have been added causing confusion amongst older players. As a result, many players quit or switched to playing other trading card games such as “Magic the Gathering.”

In recent years, the release of the video game “Yu-Gi-Oh! Duel Links” has helped to revive interest in the franchise due to its easy accessibility and gameplay mechanics. On January 19, “Yu-Gi-Oh! Master Duel”’s release follows in this renewed popularity. The game has since climbed to the top of the charts on Steam, the App Store, and the Google Play Store, as well as receiving attention due to its accessibility on all consoles.

Rather than using the simplified gameplay of “Duel Links,” “Master Duel” focuses on providing the players with a realistic simulation of the card game. “Duel Links” was defined with features such as 20 card minimum for decks, playable characters and skills that influenced the game. On the other hand, with specifics like a 40-card minimum requirement for decks, “Master Duel” is a recreation of the actual card game at a time when it is needed the most. Since the global COVID-19 pandemic, in person tournaments have been canceled, making it extremely difficult to play the card game in person. This is not just the case for the “Yu-Gi-Oh!” trading card game, but also for other popular trading card games such as “Magic the Gathering” and “Pokémon.” Master Duel gives players a digital experience of the card game and is welcoming to both new and returning players.

The game features a solo mode in which the different mechanics of the game are explained, along with the lore behind numerous card types. This mode also teaches players how to use specific cards and awards players with new cards and cosmetic items. While not as flashy as its predecessor, “Master Duel” still contains summoning animations for boss monsters, giving players a sense of both pride and nostalgia when they summon Blue-Eyes White Dragon and other classic cards. At the beginning of the game, players are given a choice of three different starter decks which feature different card types: there is a deck featuring Blue-Eyes White Dragon that is focused on fusion summoning, a deck featuring synchro monsters from the “Yu-Gi-Oh! 5D’s” anime, along with a deck focused on link summoning, the latest card type.

Perhaps the greatest inclusion in “Master Duel” is the card crafting system. Players can craft a card of their choosing if they have 30 card points. Card points are given as in-game rewards and 10 points are given when a player dismantles or deletes a card. This makes it so no card is useless because players can trade in undesired cards for ones they want. While there is a similar system in “Duel Links,” getting rid of cards gives the player little to nothing in return, so the trade-in system in “Master Duel” has a clear advantage. Players may be initially put off by the inclusion of microtransactions, but the game doesn’t force them upon players, and the free rewards render the microtransactions obsolete. Overall, “Yu-Gi-Oh! Master Duel” is more advanced than previous video games the franchise has released. Due to its easy accessibility, it is likely that the player base will increase with time due to updates and improvements.