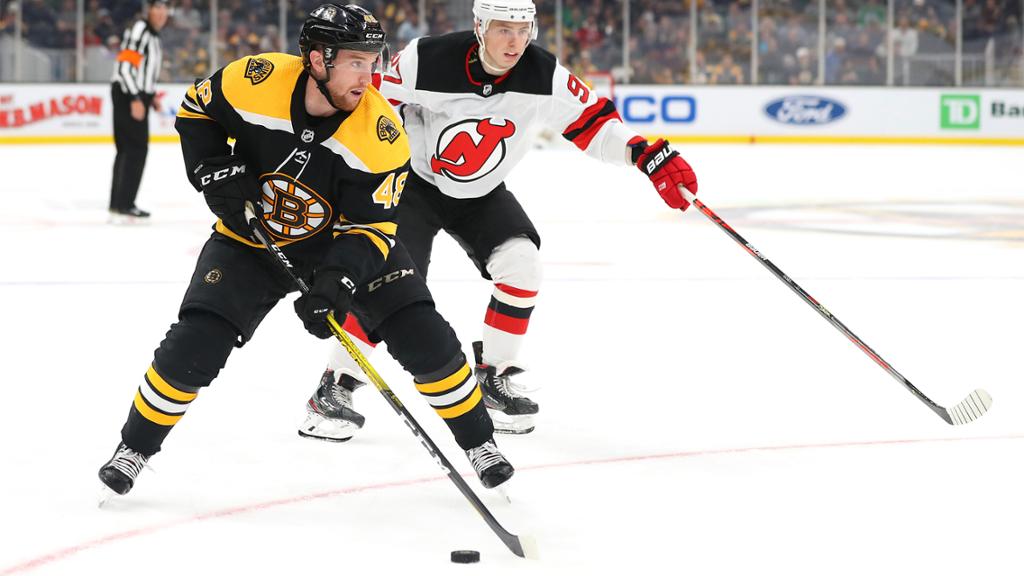 It was a short week for the Bruins this time around, but certainly a rollercoaster week at that. Going 1-1 this week and showing basically mirrored results in their bouts, the Bruins are trying ever so desperately to make it back to the playoffs.

Maple Leafs @ Bruins: An original six matchup between two rival teams, the atmosphere in the city was very tense. This game was an epic showdown between two of the Atlantic Division’s finest teams.

First Period: Early on into the bout, it would be the Leafs striking first, with newly acquired Colin Blackwell, a native of North Andover, Massachusetts, getting his first goal in the Blue and White to make it 1-0 Toronto. 50 seconds later, David Pastrnak pots goal number 38 of the season off an own-goal from TJ Brodie to tie the game at 1-1. Not too long later, Petr Mrazek came out of the game for the Leafs due to a groin injury, which is now revealed to have ended his regular season. Backup Erik Kallgren went in goal in his place. Tempers were starting to flare, however, with unsportsmanlike penalties being handed out to Michael Bunting and Craig Smith. And it was during this 4-on-4 that Morgan Reilly put one home past Swayman to make it a 2-1 Leafs lead. With under 90 seconds left to go in the period, the Leafs would strike again, with Alex Kerfoot sailing one into the net for the 3-1 lead going into the first intermission.

Second Period: As if the tempers weren’t flaring enough, now it was Lybushkin’s turn to take a roughing penalty. But that did not stop the momentum of the Leafs, as Mitch Marner tapped one home on a 2-on-1 rush to make it 4-1 Toronto. The Leafs were trying their hardest to fend off the might of the bear. A scary incident did happen, however, as Leaf’s defenseman Justin Holl, while down on the ice after being knocked down, took a shot right to the face. After that, in what should have been a penalty for boarding against Lybushkin, Taylor Hall imitated his best boxer impression and socked Lybushkin from behind, taking a trip to the box for roughing and would later be fined $5,000 for the incident by the NHL. The Bruins were struggling, and it would get even worse, as generational talent Auston Matthews made the game 5-1 game with four minutes left to go in the second. 47 seconds after the Matthews goal, David Kampf tipped one in to make it 6-1, in which words and shoves were exchanged immediately afterward. But the Bruins would get at least one back before the period’s end, as DeBrusk put one past Kallgren to make it 6-2. When the period ended, Marchand earned himself a 10-minute misconduct for hurting the referee’s feelings, in which all of TD Garden booed the four officials off the ice.

Third Period: After a poor 40 minutes of hockey, Bruins’ goaltender Swayman was done for the night, and in came Linus Ullmark. The rest of the game was not really that eventful, but the Bruins got two more back, one coming from Curtis Lazar on a tip-in from a Connor Clifton shot to make it 6-3, and the other coming from Taylor Hall that was initially waved off, but allowed to stand after further review. The game ended with a Leafs victory by a score of 6-4. This was a mighty blow to the Bruins’ hold on third place in the division. Moving back down to the wildcard position, they took a rest and prepared for a battle against the Devils.

Devils @ Bruins: In what was the biggest bounce-back game from a bad performance from the Bruins all season, they really left it all on the ice.

First Period: Grzelcyk opened the scoring less than a minute in to give Boston the 1-0 lead. Later in the period, Jack Hughes tied the game for the Devils on a nice wrist shot. The game would not be tied for long, as DeBrusk gave the Bruins a 2-1 lead to end the period. Both goalies looked good at this point, but it was about to go south.

Second Period: The floodgates opened all over Causeway, as the Bruins poured six unanswered goals in the period, including one from Billerica native and former captain at Boston College, Marcus McLaughlin for his first NHL goal. By the end of the period, it was 8-1 Boston.

Third Period: No goals were scored, and the win was secured, by a final score of 8-1. A nice two points to add on to the Bruins’ record.

Currently, Boston is sitting in the first wildcard slot and fourth in the division behind the Tampa Bay Lightning by one point. The Bruins are now in playoff mode.