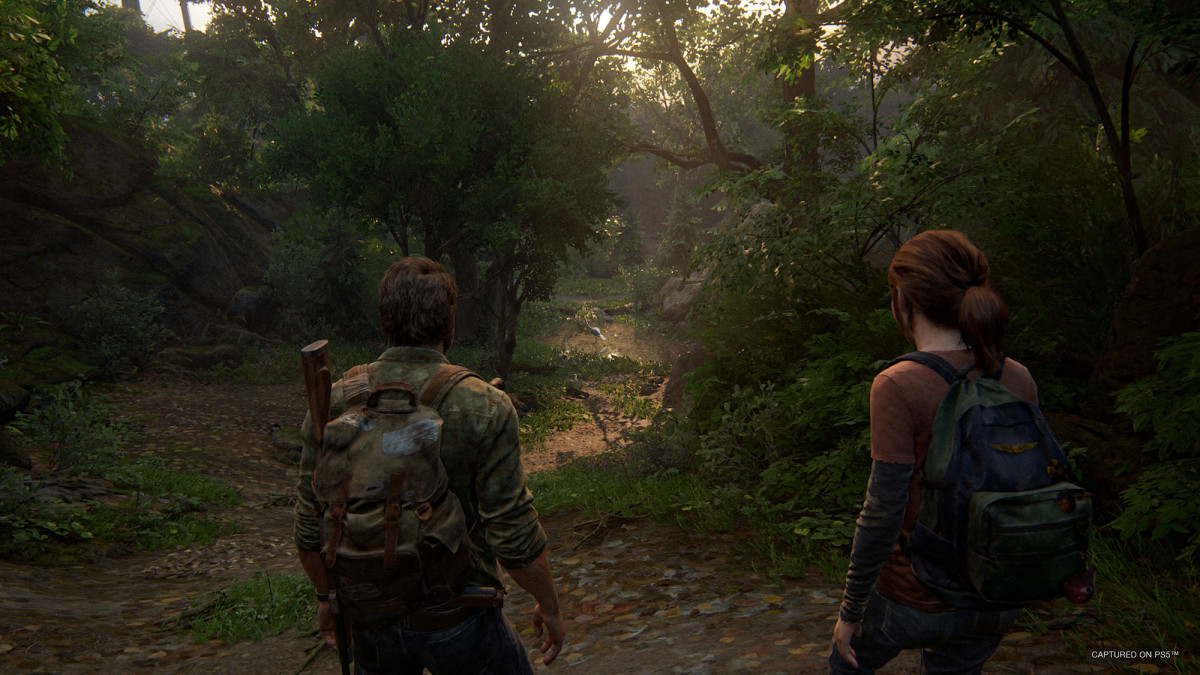 (Photo courtesy of Mobile Syrup) Ellie and Joel return in the remake to the beloved 2013 title, exclusive to PlayStation consoles.

“The Last of Us Part 1” is a zombie-survival video game released in 2013 with wide ranging success. It follows Joel, a tough and weary survivor, who is tasked with protecting 14-year-old Ellie, the only known survivor of a deadly zombie bite, in a cross-country zombie-filled war zone. Since its release, 17 million copies of the game have been sold nationwide; followed by a more recent release of “The Last of Us Part 2” in 2020 and an upcoming television show that parallels the storyline of the game set to be released in 2023.

Recent controversy has surrounded Naughty Dog, the developer of this franchise, and their newest installment into this zombie world. Instead of producing a third installment to advance these games into a trilogy, a revamp of the original “The Last of Us” has been introduced to store shelves with updated features. Instead of a new storyline or thematic additions, a more enriching playing experience is present – made possible by recent developments in visual and AI technology. Many reviewers who have followed this game’s progress from the beginning have much to say about this updated version.

“Making it even better to play are new graphic mode options allowing you to pick between a native 4K option that targets 40FPS, and a dynamic 4K option that exceeds 60FPS,” said Brad Norton, a columnist and game reviewer from Dexerto. “With the added bonus of unlocking frame rate limits, playing on the latter setting provides the smoothest experience possible.” These innovative graphics allow for a smoother gaming experience focusing on the character models, environment, and overall aesthetic; quite the contrast compared to its grainier 2013 predecessor. Besides the visuals, the only other updated aspect of the base game is found within the behavior of the players’ companions.

“One key feature highlighted ahead of launch was upgraded AI. In the original, a common gripe was how your companions would often break the immersion by running out in the open. Here, the issue was supposedly resolved, though our latest playthrough proved otherwise. While it certainly was not a frequent occurrence in the remake, friendly AI still found themselves directly in enemy sightlines on several occasions. Thus, it is wise to temper expectations here. Go in prepared to see an improvement, but not an outright fix,” Norton said.

The remake was officially released as a PS5 exclusive on September second- at a whopping price of $69.99 for the standard edition and $99.99 for the firefly edition (which is currently sold out as of August 13th). This price is what most of the commotion surrounding this game’s release stems from. Since the content of the game is no different from the original version, many are questioning whether the game’s price justifies its overall worth. Sharing her thoughts on the matter, Nicole Manaloto, an editor and publicist from Ungeek, stated that “If you own a PS5 and have yet to play the original, the answer is easy — YES, The Last of Us Part 1 remake is worth getting, especially over the remaster even if it’s priced higher.” However, for those who have played the original, “[W]hile the game has enough improvements to be called a remake, it still feels more like a “super remaster” at some points. While the AI has been improved massively, its level design and core gameplay are still based on a PS3-era game.” Despite the level design being dated at its core, two brand new difficulty settings have been introduced for those who enjoy the fast-paced action and zombie slaying mechanics, called “speed run” and “perma death.”

Now, whether the revamped “The Last of Us Part 1” is worth its price is up to you. The updated version offers a lot more graphically and mechanically than its predecessor; however, the lack of innovation within the main story mode and finer thematic details leaves much to be desired from a storyline perspective. A price point of $69.99 for the standard edition of this game may seem steep in retrospect of what the two other games had to offer – but for those diehard fans who have a feeling of nostalgia and want to see clickers, stalkers and their favorite main characters in a newer way, this remake just might be a hit.