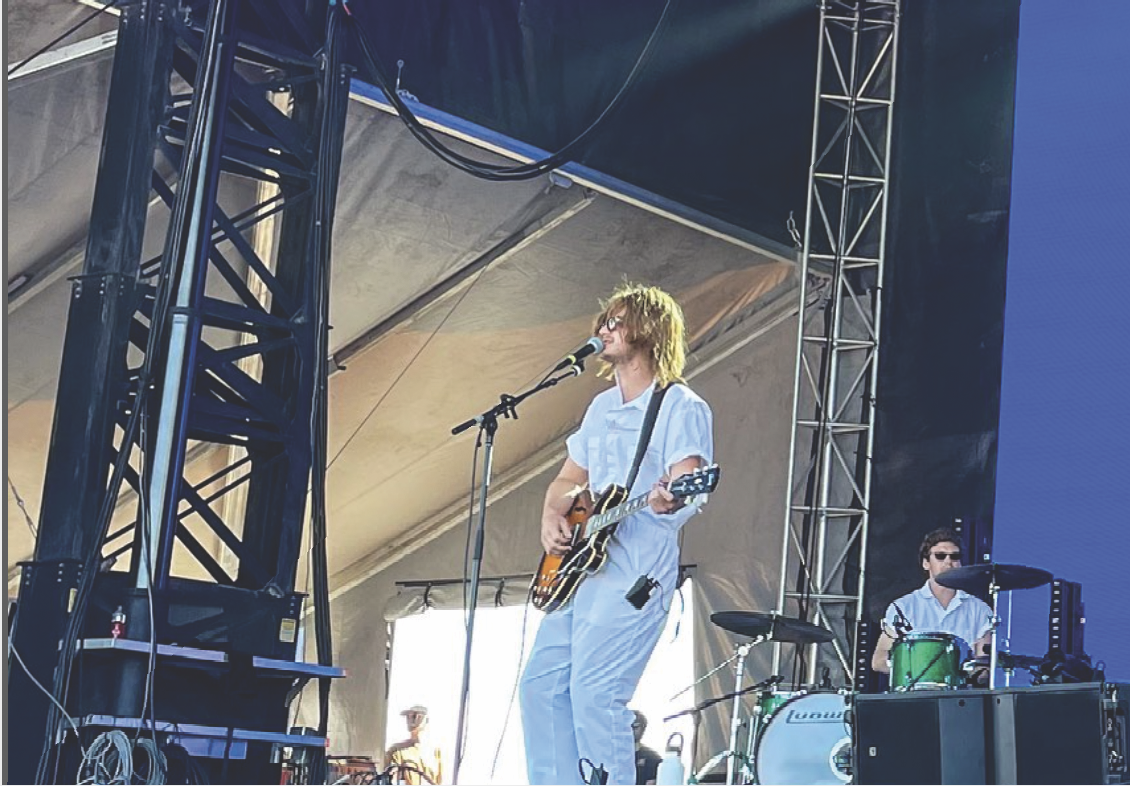 (Photo courtesy of Kali Patterson) “Djo’s newest album is out now on all major streaming platforms.”

Fans of Netflix’s Stranger Things are in for a treat — Joe Keery has just dropped his sophomore album under his musical alias, Djo (pronounced as just Joe). “DECIDE,” released on Sept. 16, is a synth-filled nostalgia trip that proves that Keery is so much more than just Steve Harrington.

Keery is no stranger to music, and indie fans may be surprised to know that he was a founding member of Chicago-based rock band Post Animal before branching out into his own world of more mellow, groovy music after finding success in acting. After the release of 2019’s “Twenty Twenty,” Keery went relatively quiet on social media, in contrast to those who flocked to it during COVID-19 quarantines. He released one single in September of 2020, “Keep Your Head Up,” but left fans eager for more music for two more years. After being announced in early summer of 2022, “DECIDE” is finally gracing the world with its presence, cementing Djo as a psychedelic indie staple.

This newest album is more ambitious and weirder than its predecessor and shows far more attitude and personality. Despite its title, “Gloom” is the best example of this less existential and more carefree outlook that holds the spotlight on this most recent album; “Twenty Twenty” was a sign of the times, many fans found it relatable during the isolation of the peak of the pandemic. “DECIDE,” however, takes that existing existential dread and turns it into something much more upbeat.

For those who, like Djo, are experiencing some heavy social media burnout, “On and On” is for you. It’s the fifth track on the album, and this song puts the experience of endless scrolling into words — the feeling of feeding into an algorithm with no end in sight. He feels trapped in the endless walls of news and text that scatter across every corner of the internet, making them practically unavoidable. Negative news day after day is sure to take a toll on anyone’s mental health, as this song proclaims.

The time and care that went into this album during his two-year album hiatus is clear; Keery’s latest release is more coherent, and the songs make more sense together as an album. This gives it a lot of relisten value, and potential for looping over and over again. The closing track flows right back into the opening track like they were made to go together, making for a smooth listen-through. This release makes a clear demonstration of his skills, both as a vocalist as well as a musician. He delivers something different and impressive in every song, leaving no skippable songs taking up space.

“DECIDE” leaves the listener wanting more in the best way, excited for whatever Joe Keery has coming next in the future, musically or otherwise. Fans of nostalgic vibes like ‘80s new wave, as well as modern indie enthusiasts alike are sure to enjoy this deep dive into groovy rock bliss. For those interested, “DECIDE” is available to stream or purchase on all major music platforms.