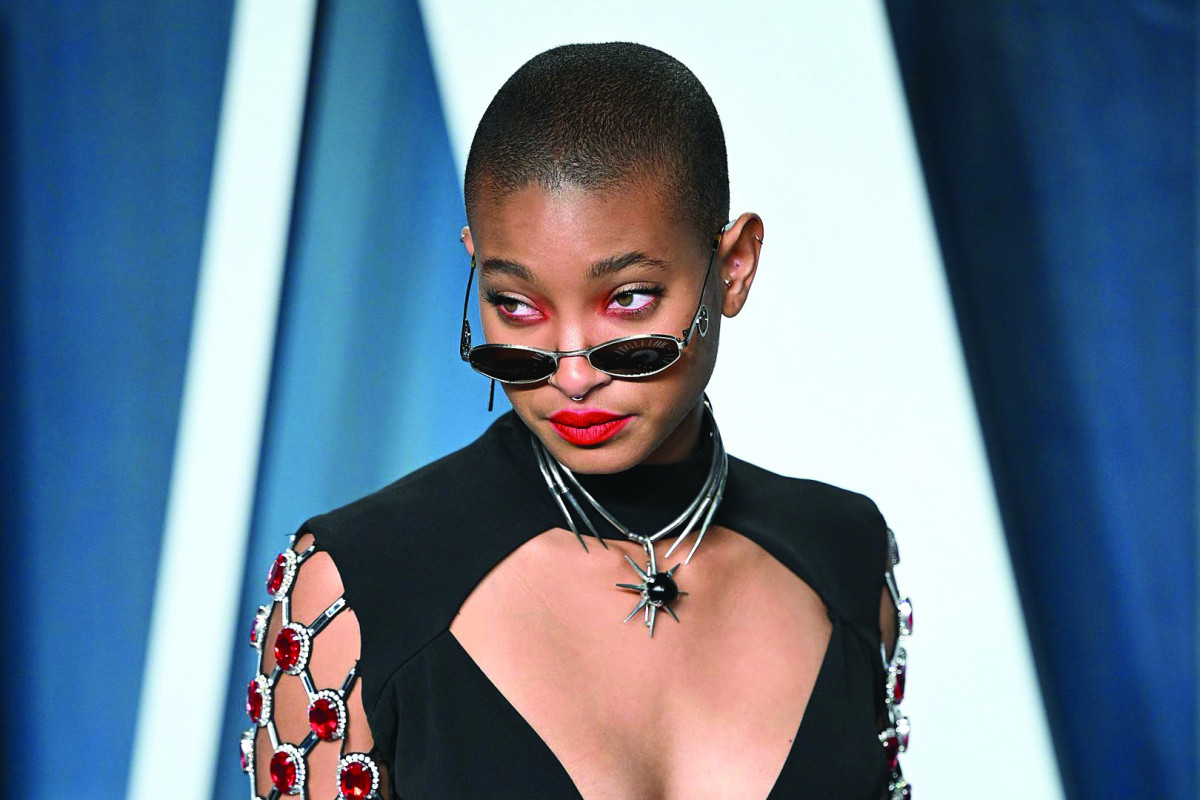 (Photo courtesy of Loudwire) “Willow has received renewed interest in her music career thanks to TikTok virality.”

When your brother is Jaden Smith and your father is Will Smith, it can be difficult to stand out and be independent from the family. WILLOW, on her newest release “<COPINGMECHANISM>”, does this brilliantly. Through music from the lineage of UK garage, early 2000s indie rock, as well as more modern influences such as PINKPANTHERESS, WILLOW forges her own path.

The album begins with the song “<maybe> it’s my fault” and it doesn’t let up for the rest of its almost thirty-minute runtime. Introducing a theme returned to throughout the album, the song explores the remnants of a broken relationship. In this, the maturation of the artist who first got big for the song “Whip My Hair” is seen. This is a different person, one who has experienced pain and loss in significant ways and is ready to come forth about the experience to a wider audience. This can be a large step in an artist’s journey, and WILLOW handles it deftly throughout the project.

“Curious/Furious” touches on the same themes and explores the feeling associated with a broken relationship. Even the dichotomy of the title reveals the difficulties of moving on and being a person beyond the relationship, independent of that person. In here, it also reveals the struggles of being a part of the Smith family. While romantic relationships may go by the wayside, the relationship with family is more permanent and WILLOW will need to come to terms with the complicated realities of being a Smith.

“Perfectly Not Close to Me” rounds out the back half of the album. With a Yves Tumor feature, the track leans more heavily into WILLOW’s electronic influences. Even here, WILLOW does not lose herself in the influences of the feature; this is clearly a WILLOW song. There is power to finding one’s own voice as an artist, and this is a clear step in that journey for WILLOW.

The album closes with the track “BATSH*T!”.  Closing with as much energy as the project starts, the maturity of knowing what a project is reveals itself. In times where albums can be however many minutes and tracks as an artist desires, there is a power in restraining oneself to one central concept. This project feels focused because of this; it is thirty minutes of energy. In some ways, it feels like the first time after a breakup when the suffocating feeling starts to fade. When you finally know that you’re going to make it through. Maybe you haven’t felt like it in a while, but this is the time to dance around your room. And whatever depression music you tend towards, it falls away and WILLOW takes you with her. For thirty minutes, you are exactly where WILLOW wants you to be, exactly where WILLOW presumably was.

WILLOW is unafraid to explore darker and heavier sounds throughout the project. This mirrors the heavier topics touched upon throughout the record. Where some artists chose to play it safe when they hit a certain level of success, WILLOW steps beyond her previous success and manages to create a wholly unique soundscape. At a time when there are many albums competing for our attention, this one is well worth the listen.