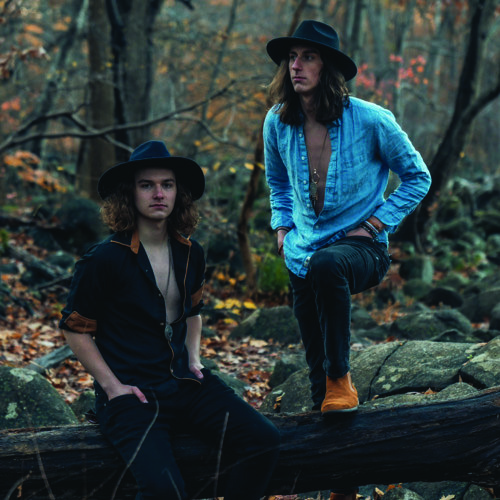 (Photo courtesy of SoundCloud) Frankford Fitler’s latest show in NYC is a big step in making their name known.

Philadelphia-based rock trio Frankford Fitler have a bright future ahead of themselves. The band consists of Tyler Cole performing as lead guitar and vocalist, Randy Willson on drums, and Kenzy Straub on bass. Cole and Willson, the band’s founding duo, sat down before their first ever performance in New York City to discuss their first four-song EP, new music on the horizon, and debate over the best album of all time.

The concert took place at the Rockwood Music Hall in Manhattan, with Frankford Fitler opening for a fellow classic rock inspired band and New York natives, the Moon City Masters. The band performed songs off their EP “Moving On”, as well as covers, like Adele’s “Rolling in the Deep”. The small, intimate venue allowed for an electric energy that kept the ever-growing crowd engaged and excited.

“January of 2021, that’s when we first started writing,” said Cole, when asked about what it takes to put together an album. The band’s first EP made waves in their local music scene when it was released in May of 2022, earning the band accolades such as Artist of the Month at Philadelphia’s rock radio station. “We sat on them for a couple months, and then brought them to Nashville in February of 2022 and recorded the record there.”

Growing up, forming a band was not in the front of their minds. “I didn’t choose it, it kind of chose me,” said Willson. “I started playing drums right after high school, about four years ago now.” They got their start playing bars in the Philadelphia area but are now looking towards what the future will bring.

“I started playing guitar when I was really young, but I was never serious about it,” Cole added. “My senior year of high school, I needed a new hobby… I knew [Randy] was into music, I told him ‘Hey, just come over and jam.’”

The duo originally started as a cover band before eventually moving on to writing their own music. “We were originally a Rolling Stones tribute band,” Cole said, before going on to recount how his bandmate and friend was the ultimate push towards putting out their own original music. It all came down to the question of whether they wanted to stick with covers forever, or if they wanted the world to hear their own songs. “We probably wrote ten to fifteen songs that went nowhere, and then we started getting material that we liked… There’s arguments and things like that, but it’s always for the best,” he added.

The pair also teased new music soon on the horizon, slated for a similar release timeframe as their first EP.  “One of our early, early songs, back when we were a “Stones” cover band, is actually coming back,” according to Cole. They hope to release the newest edition to their music library in May of this upcoming year. “Moving On” is available now to purchase or stream on all major music platforms.