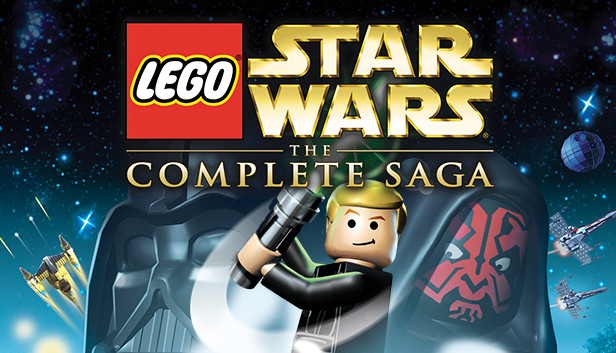 (Photo courtesy of Steam) TT Games’ iconic outing is sure to stand the test of time for years to come.

In 2007, the video game developer company Traveller’s Tales released “Lego Star Wars: The Complete Saga”. What was meant to be a cash grab capitalizing off the success of the Star Wars Prequel Trilogy has since turned into a cultural staple of gaming culture.

The game is based on the first six “Star Wars” films. It follows the same storylines as the movies except the story takes comedic exaggerations and everything is made from Lego bricks. It’s essentially a simplified version of “Star Wars” told through Lego, which adds to its charm.

Although it wasn’t the first Lego video game, it was the one that really put them on the map as the game sold more than 820,000 copies in just the first month according to VGChartz. Many gamers have fond memories of playing this game and spending hours recreating their favorite Star Wars moments. The question: is the game as good as everyone remembers, or is it protected by childhood nostalgia?

For starters, let’s focus on the game’s structure. The goal of this game isn’t just to complete the story, but also to collect studs and complete each game objective. Each movie is broken up into six levels and inside each level is a stud bar that needs to be filled with studs you collect. Studs are the Lego version of currency that can be collected by defeating enemies, solving puzzles and most notably, destroying Lego objects.

This hectic destruction gives Lego games a unique charm, while promoting careful progression, it allows for engaging gameplay as well. At the end of the level, if you collected enough studs, you would achieve the “True Jedi” achievement and receive a gold brick.

Destruction wasn’t the only theme of the game; it also had a collection theme as well. Inside each level there are ten “minikits” that can be collected. If a player can collect all ten, they will receive a gold brick and unlock a mini vehicle that can be used in bonus missions. This is one of the game’s best features, as these minikits are cleverly hidden and are often locked on a first play through, promoting replay ability.

There is also a challenge mode for each level. This is where the player collects ten blue minikits in a certain amount of time. This can be a fun challenge as the blue minikits are often in different, harder to find locations. Once again, finding all ten will give the player a golden brick.

A key feature that allows the game to thrive is the exceptional level design. The levels are short which means they can be easily replayed if something was missed. It never feels like a waste of time going through a level as the puzzles are kept to a minimum, meaning that the action rarely slows.

The level design is unique as well. The various platforming and puzzles keep the game fresh through numerous playthroughs. The levels are also paced well in the sense that the story is often broken up with vehicle missions. For example, in episode one, level four, you play as Anakin in the Podrace. This is a nice change of pace, touching upon all the aspects of the Star Wars movies that the fans love.

As previously mentioned, you collect studs in every level. The studs the player collects can be spent at the shop, where the player can purchase characters and ships that are not unlockable through the story. In total, there are 160 playable characters. This roster is still seen as the series’ best as the quality of characters are extremely high, and the number of “clone characters” is very minimal.

The shop also has gold bricks and extras that can be purchased. These extras decrease the game time, with extras like invincibility, minikit detectors and the famous stud multipliers. Purchasing these extras added even more replay-ability to the levels and makes it easier to complete each task.

To further detail the use of gold bricks, they are essentially a way of marking a player’s progress towards 100% completion. In total there are 160 gold bricks in the game. Once the player collects them all, they can build a golden fan that spews out studs, meaning the player can sit idly and max out the stud counter.

“Lego Star Wars: The Complete Saga” is a collect-a-thon that manages to maintain a good challenge throughout, and leaves the player feeling satisfied upon finally achieving 100% completion.

Unlike modern titles that have tedious side quests that are overly difficult, Traveller’s Tales crafted a classic game in 2007 that will stand the test of time for years to come.