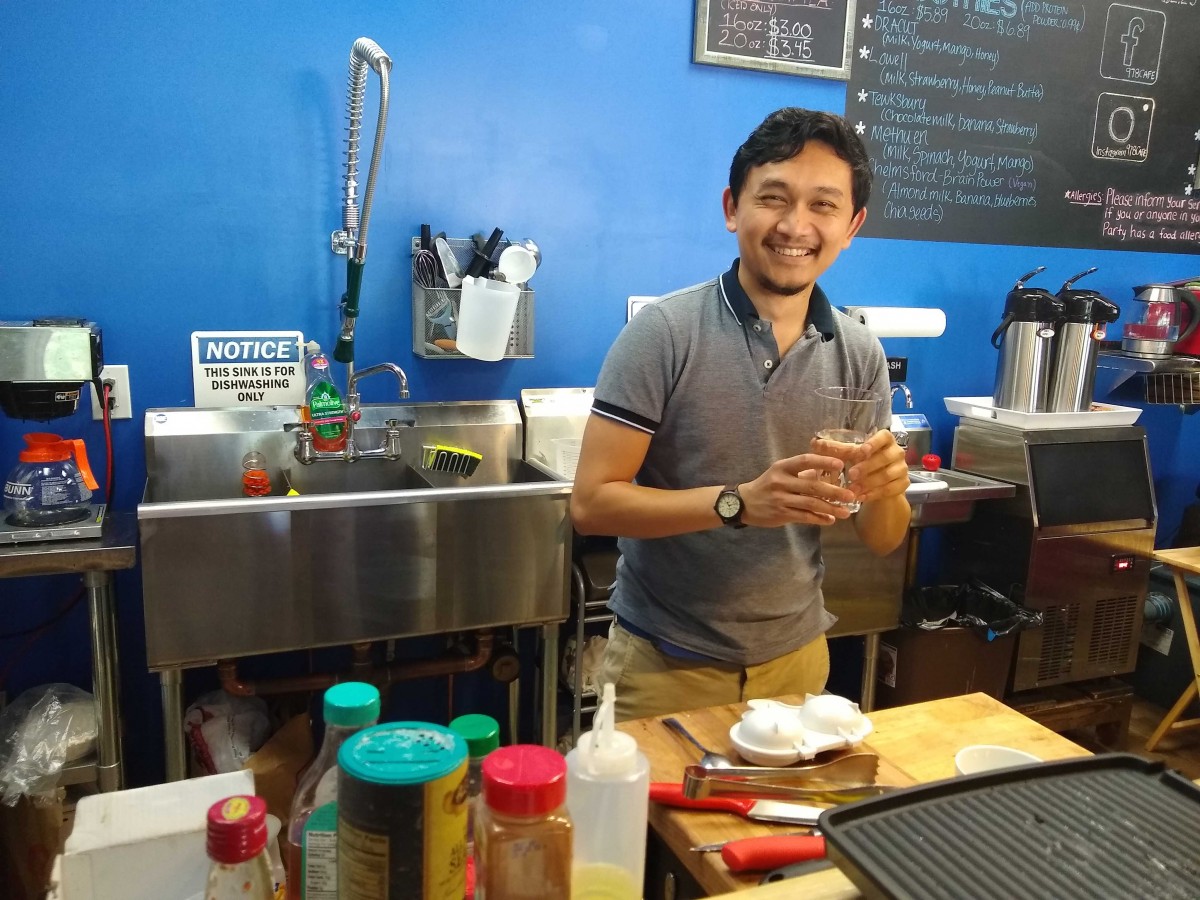 Running a small business is as often as not a labor of love. This new series will attempt to bring into the student eye some small businesses around UMass Lowell that cater to students, etc.

For many college students, coffee makes up about half the fluid traveling through their bloodstream. It seems that being at UMass Lowell, even as a professor, requires that one frequent the Starbucks in O’Leary or in Lydon. Coffee options near campus are not varied a lot, and as such one may feel trapped.

Dara Svay offers a solution. He is the owner of the 978 Cafe in Dracut. The Cafe is only a couple minutes’ walk from North Campus, and offers a cozy, relaxed atmosphere that is a stark contrast to the hustle and bustle coffeeshops on campus.

Svay opened the 978 Cafe in March of 2019. He said “we opened actually this year on March 2, which is right after my birthday, cause my goal was to own a cafe by 26.” Svay said that the first couple of months were very hard, and that it wasn’t until after the third month that he started seeing an uptick in the number of people coming into his cafe.

Svay is sure to mention that he has ideas for the upcoming holidays.

When it comes to general deals, Svay said, “We do an all-day one dollar coffee for students, teachers and UMass Lowell faculty.” The coffee can be any size and happens every Monday.

The 978 Cafe takes its identity from the surrounding area, and Svay is sure to tap into that as inspiration for his menu.

“Since we named the cafe 978 Cafe… let’s name some of the smoothies based on the towns surrounding the area of 978. That’s why we have the Dracut smoothie, Lowell smoothie, Tewksbury, Methuen, and Chelmsford for now.”

Svay is especially proud of their coffee.

“It’s organic, and its so smooth that once you have it you’re like, that’s it, that’s my kind of coffee,” he said. “Especially when you just add a little bit of cream and sugar, that’s it, you know. It’s so different from any of our competitors.”