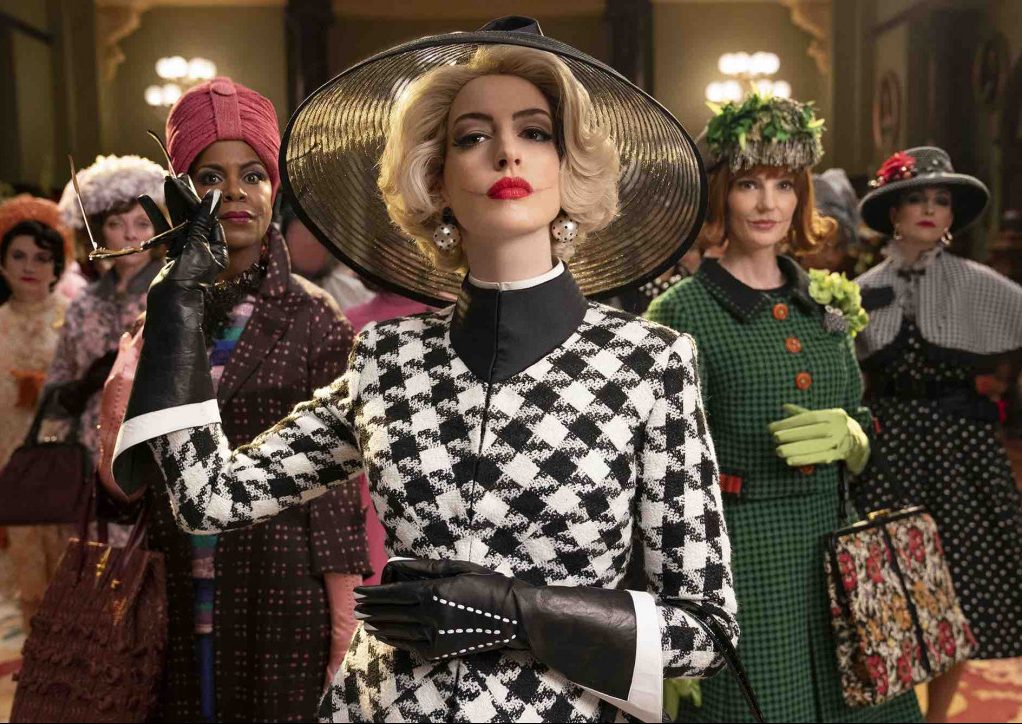 Originally published as a children’s book in 1983, Roald Dahl’s “The Witches” gets revisited as an HBO Max movie adaptation. The film was released on Oct. 22 and stars Anne Hathaway and Octavia Spencer. Directed by Robert Zemeckis, the director behind the “Back to the Future” movies, “The Witches” contains stunning visual effects, a wonderful cast and an intriguing plot, but somehow still misses the marks on several other things.

In Roald Dahl’s story, the witches are a group of demon-looking creatures with distinguishing features, such as bald heads or claws for hands. The story and the film follow a young orphan whose parents are killed in a car crash, allowing his grandmother, played by Octavia Spencer, to take custody of him. Overtime, the boy grows more comfortable with his new life, but this does not last long upon his encounter with his first witch. The witches despise children and this serves as the story’s main plot point.

When the boy’s grandmother is aware of witches in town, they both find refuge in a fancy hotel. Little do they know, the witches have found their way there too. A well-costumed crowd of the witches make their first appearance in the film and are led by the Grand High Witch, played by Anne Hathaway.

Some of the film’s star qualities, besides the cast, are in its character design, costumes and effects. Based on the witches’ descriptions in the film, the design of the characters are remarkably accurate. There is a lot of visible CGI work put into the scenes and the characters, but it is done cleanly and is not overbearing to the film. With Guillermo del Torro as part of the screenwriting process, it is not surprising that the seemingly whimsical and fantastical movie contains a horror-like aspect to it.

The casting of Anne Hathaway and Octavia Spencer saved “The Witches” from being a total mess. Spencer plays a stellar grandmother character that will have viewers wishing that had one just like her. Meanwhile, Hathaway fit the persona of a creepy and terrifying witch while also implementing some comedy into her lines. Also, for those who watch the movie and wonder, why the fake accent that Hathaway has? Apparently in the Roald Dahl classic, the Grand High Witch has a German accent. Though it may sound awkward in the film, Hathaway did as best as she could to embrace the character and it helped build on the accuracy of the story.

One of the film’s negatives is that it lacks a story line. The beginning of the film progresses extremely slow and it is hard to pinpoint the story’s direction. While “The Witches” has a handful of memorable scenes, these are mainly due to the high-quality effects and not so much the plot. In the end, there is not much to the conclusion that viewers can feel satisfied with either. The movie concludes so abruptly that it leaves more questions than answers.

For children, this movie could prove to be too horrific in regards to the fact that the witches hate children and will do whatever it takes to rid the world of them. For adult audiences who are fans of Dahl’s work, however, it is definitely enjoyable to some degree. “The Witches” is worth the watch, especially during the Halloween season. Even so, the film could have been better with a little more effort into creating a story with continuity and substance.