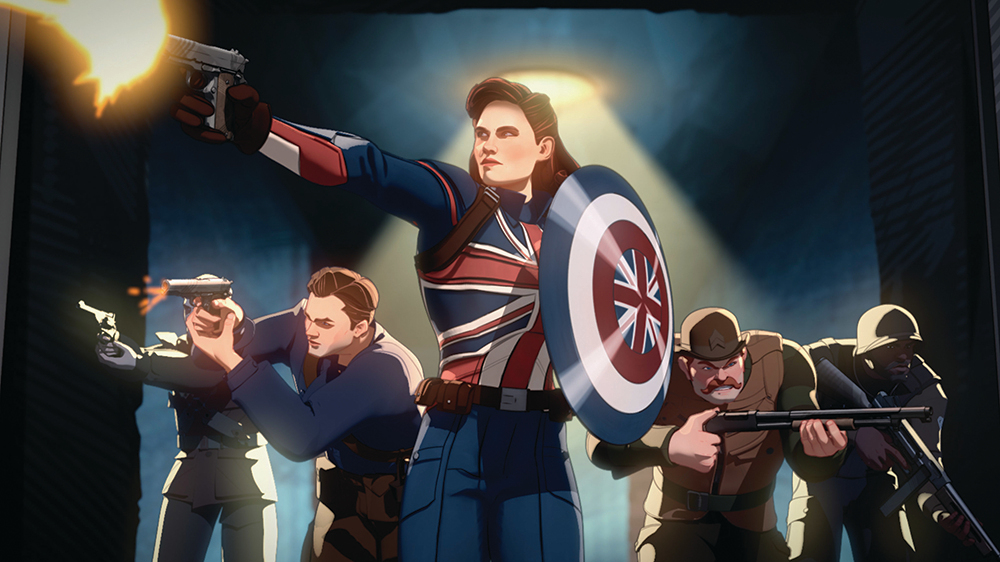 Following the end of their “Avengers’” series, Disney has released a new television show on Disney+. Directed by Bryan Andrews, “What If…?” asks that exact question, following beloved characters in different timelines with contrasting outcomes. The animated series shows alternative outcomes to situations that are presented in the original live-action Marvel films. With most of the characters being voiced by the original actors, “What If…?” presents the Marvel everyone knows and loves, but with a twist.

Similar to “Loki”, another recent Marvel series, “What If…?” plays with the concept of multiple worlds and different realities. This creates unexpected duos between certain characters. It also sets up the premise for the upcoming Spiderman film, “Spider-Man: No Way Home”. Like other Marvel projects, this television series is connected to past and future productions.

“What If…?” maintains the action, adventure and suspense that Marvel fans love. The choice to animate the series also means there are fewer limitations to stunts and special effects. The animation is well done, and there is an obvious resemblance between the characters and their live-action counterparts. The animated element heightens the potential of the story because nothing is off the table. The animated expressions of the characters also add a sense of comedy to the series.

As seen in Marvel’s “Thor: Ragnarok”, the series manages to balance action and comedy equally. Part of this stems from the new personalities of some characters in combination with the well-known whit of others. It is interesting seeing how characters react when put into certain situations and the interactions between characters that were never together before. Long-standing Marvel fans will completely gush over the new dynamics in the series.

Although the episodes focus on pre-established events that took alternative routes, someone who has never seen a Marvel film could still enjoy “What If…?” Plot lines are explained, and each story takes on a life of its own. The connections between characters seem genuine. While there are numerous nods and jokes to the actual timeline events, it does not define the plot. It is easily broken down and asks a lot of questions that anyone, regardless of prior viewership, could leave the episode thinking about. It brings up several moral dilemmas, including what exactly someone would do for love.

Of course, if someone has followed the Marvel franchise, they will recognize certain easter eggs and embedded references. In some episodes, characters from the films can be seen in the background. Someone can pause a frame and be able to identify several acknowledgments, making the animation that much more interesting.

Something the series does well is it gives under-represented characters more of a story. The series does not focus too heavily on the heroes everyone already knows, but instead spreads the wealth. It gives the viewer a newfound appreciation for some people, as well as some context.

Overall, “What If…?” was a fun and easy watch. It is easy to see how one decision can send someone down an entirely different path, especially in the context of the Marvel universe. Marvel fans will be delighted by the reprise their favorite characters, and they will discover how certain decisions may change the characters’ outcomes or personalities. The action, comedy and science-fiction elements have fans begging for a season two.