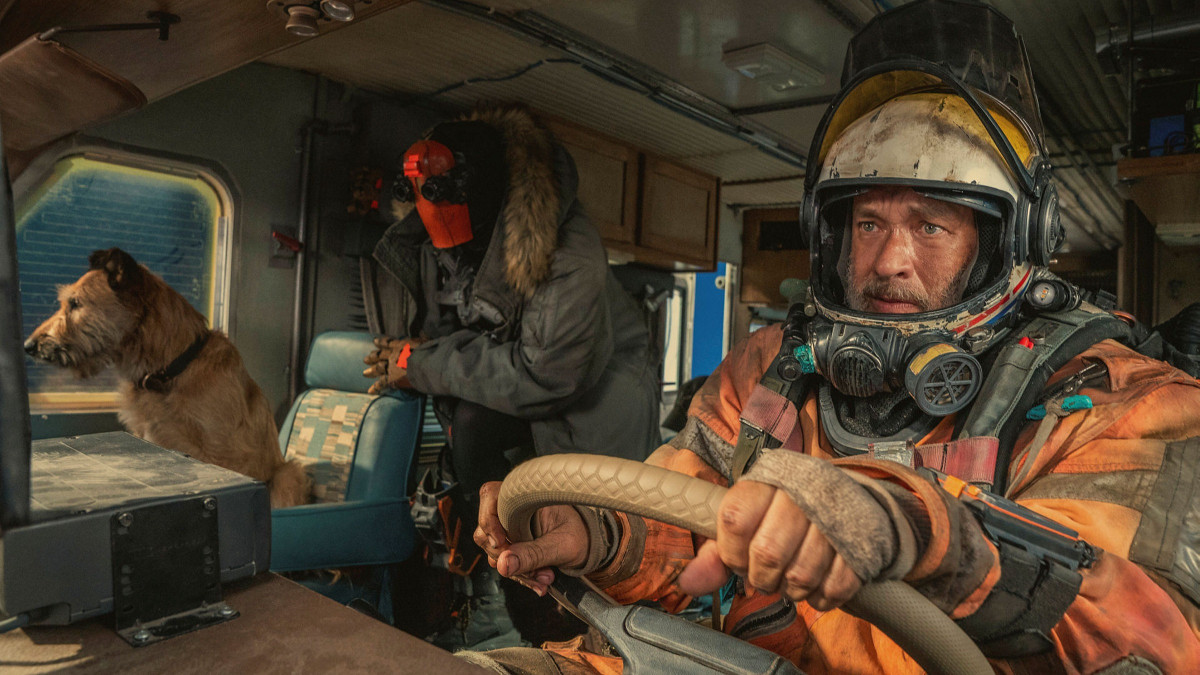 America’s sweetheart Tom Hanks stars in another Apple Original Movie, “Finch,” released Nov. 5, this time playing the role of Finch Weinberg, the last man left in St. Louis, perhaps the world, after Earth became largely inhospitable from the effects of climate change and ozone depletion. Directed by experienced television director, Miguel Sapochnik, “Finch” is a post-apocalyptic movie, a road trip movie, a dog movie—it is all these things but all half-heartedly.

The movie follows Finch as he prepares for his imminent death by planning a road trip and creating a robot to ensure the safety of his only friend and companion—his dog. The sentient robot, voiced by Caleb Landry Jones, challenges Finch’s inclination to only work with himself.

As one of two speaking main characters, Hanks is given plenty of screen time to develop Finch’s character while exploring a variety of themes through experiencing and reflecting on the circumstances of the world around him. Hanks gives a solid performance and brings a range of emotions, moods and mannerisms to his character, painting a picture of a man grieving the loss of his whole life while trying to survive and reconcile between a fear of trust and a desperate need for that trust.

Themes of trust, connection, grief and posterity are carried successfully throughout the movie. Dialogue between Finch, his dog and robot companions, along with a series of mishaps and misunderstandings, put Finch’s ability to trust and connect with those close to him to the test.

“Finch” tries to turn its focus away from the bleakness and terror of a dying world to closer explore the ways humanity would survive in the individual, even when the world has ended–the ways humans seek and build connection even when there are no other people around.

“Finch” attempts to balance its exploration of these complex, dramatic themes with humor, taking advantage of the potential for situational comedy related to Finch’s robot companion’s interactions in a world it knows both so much and so little about, as well as some slapstick humor. These scenes are clearly meant to create a balance between the depth and lightness that the film tries to achieve, but a lot of this humor feels forced and falls short of being laugh-out-loud funny.

Music is used throughout the movie to set the tone for scenes. Well known songs are used to help build Finch’s character without being distracting. Though the music, including the songs and the instrumental score, does pair well enough with the mood of these scenes, at times it feels unnecessary and excessively overt, and it further creates a dissonance between the moments of humor, drama or suspense rather than helping combine or transition between these different moments subtlety.

Even with Hanks’ acting repertoire, his performance does not elevate “Finch” from its segmented attempt to combine a wide variety of different moods and story tropes enough to make the movie great. “Finch” seems to rely on the cultural popularity of dogs, robots and Tom Hanks to bring in viewers to an otherwise lackluster execution of a potentially compelling story.