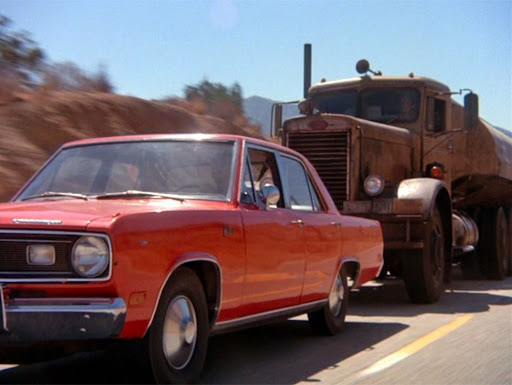 November movie releases have become a popular choice for films hoping to take advantage of the month’s promising history of bringing in lots of viewers. Looking back at movie releases of Novembers past, there are plenty of titles that have retained their relevance and remain equally entertaining today—here are five such films:

In November 2008 “Twilight” was released to an eagerly awaiting audience, and over ten years later the movie has developed a cult-like status with its long-time fans. An adaptation of the first novel in Stephanie Meyer’s “Twilight” series, the movie follows the budding romance between two star-crossed lovers: Edward Cullen (Robert Pattinson), a vampire, and Bella Swan (Kristen Stewart), a shy human girl who just moved to the rainy Washington town of Forks.

Despite the movie’s tendencies to be cheesy and awkward, these very qualities contribute to its overall entertainment. Performances by the now well-acclaimed Pattinson and Stewart may be lackluster in comparison to more recent roles, notably Stewart’s role in “Spencer”, but “Twilight” remains a pivotal moment in their careers and is well worth revisiting or watching for the first time.

“Harry Potter and the Sorcerer’s Stone”

The “Harry Potter” film series took the world by storm twenty years ago in November 2001, bringing hordes of fans to line up in front of theaters in anticipation of its release. The movie introduces viewers to the wizarding world and Hogwarts School of Witchcraft and Wizardry.

The main character, Harry Potter (Daniel Radcliffe), and his new friends Hermione and Ron (Emma Watson, Rupert Grint) are introduced to the world as well, uncovering the intertwined mystery of Harry’s past and the darkness haunting Hogwarts and the wizarding world with an immersive and entertaining experience.

Despite J.K. Rowling’s recent discriminatory comments and subsequent public backlash, the first movie adaptation of the author’s series, “Harry Potter and the Sorcerer’s Stone” remains immensely popular and beloved. Marking the beginning of the series’ cultural impact, this movie helped kickstart the careers of Daniel Radcliffe and Emma Watson, who have gone on to star in a variety of other roles.

In November 1996, 25 years ago, the film adaptation of Kurt Vonnegut’s 1961 novel of the same title, “Mother Night” was released. Much like Vonnegut’s novel, the film carries the potential to spark considerable debate, investigating themes like morality, identity, accountability and fault.

The story stars a double-agent, Nazi propaganda officer turned U.S. spy hiding in New York City to avoid his trial awaiting in Israel following the end of World War II. With considerable nuance that borders being overly vague, the film deals with the importance of picking sides and the consequences of failing to do so, provoking viewers to examine and discuss their own moral relationships and their own identities.

2021 marks the 50-year anniversary of Steven Spielberg’s directorial debut with his 1971 road thriller, “Duel”. The film builds tension and anxiety as the main character, David (Dennis Weaver), tries to escape an antagonistic oil rig driver he can’t seem to get away from on a two-lane highway.

Half a century later, “Duel” still holds up to modern standards of suspense and thrill. Spielberg fans in particular will appreciate the perspective the director’s early work provides on his later works.

Throughout his considerably notable career, Spielberg has proven his ability to direct stories from a range of genres beyond drama and suspense. Spielberg’s film adaptation of the classic musical “West Side Story” is set to come out December 2021.

The first full-length Pixar movie, “Toy Story” has filled the hearts of an entire generation of viewers since its November 1995 release. In the animated movie, a young boy, Andy, gets a new favorite toy, starting a rivalry between his animate toys as his old favorite, Woody (Tom Hanks) and his new favorite, Buzz Lightyear (Tim Allen), have to learn to live and work together for the good of their shared friend, Andy.

Despite the influx of beloved Pixar movies in the past 25 years, “Toy Story” shows no signs of losing its fans or relevance anytime soon. Pixar has announced the production of a new movie in the “Toy Story”-universe set to release Spring 2022, “Lightyear”, a “Toy Story” prequel exploring Buzz Lightyear’s backstory.