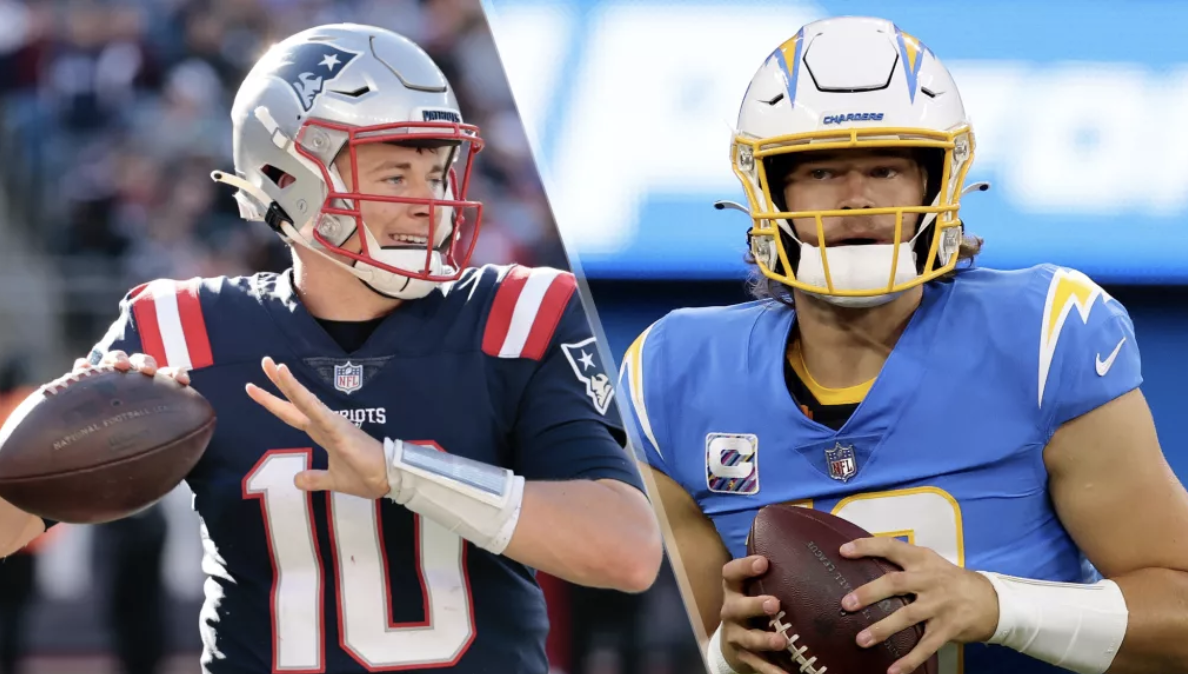 (Photo courtesy of NFL) The New England Patriots took a huge win over the Cleveland Browns in Foxborough, the final score was 45-7.

The New England Patriots took a huge win over the Cleveland Browns in Foxborough, the final score was 45-7.

With many injuries on their team, and with wide receiver Odell Beckham Jr. gone, the Cleveland Browns flew out to face New England, and sought to come away with a win in a tight playoff race.

The game started off strong for Cleveland. After a quick drive, they ended with a quick passing touchdown to tight end Austin Hooper.

Despite Cleveland’s early game success on offense, later into the match they were unable to score against the Patriot’s defense.

Near the start of the second quarter, Patriot’s safety Kyle Dugger recorded his third interception on the season as Brown’s quarterback Baker Mayfield tried to fit a tight pass. However, just before Dugger could return the interception for a score, he was pushed out of bounds by Brown’s wide receiver Anthony Schwartz.

Mayfield would go out late in the third quarter with an injury. While his injury is day-to-day, he sat out the rest of the Nov. 14 game. Quarterback Case Keenum stepped in, continuing the Brown’s offensive struggles.

Despite not having running back Damien Harris due to injuries, the Patriots’ rushing attack was still powerful. Rookie running back Rhamondre Stevenson shined in his first starting opportunity, rushing for 100 yards on 20 attempts and scoring two rushing touchdowns.

The most notable touchdown of the game, however, came in garbage time. In the red zone at the 11-yard line, wide receiver Jakobi Meyers caught a quick pass, and after breaking a tackle from cornerback Joe Haden, Meyers ran towards the end zone and leaped in for his first ever career touchdown in his two years playing in the league.

With this win, the New England Patriots rise to a 6-4 record, putting them in a good position during the fight for AFC Wild Card spots and even for potentially taking a lead in the AFC East Division.

Meanwhile, for the Cleveland Browns, they fall to a 5-5 record and now fight to stay afloat in the AFC’s break-neck Wild Card race.

In other games, the Washington Football Team came away with an upset victory over the Tampa Bay Buccaneers, the final score being 29-19.

Washington quarterback Taylor Heinicke, after making his impressive debut in the playoffs against the Buccaneers last year, finished the game throwing 26/32 for 256 yards and one touchdown. On the other side, Buccaneers quarterback Tom Brady threw 23/34 for 220 yards, two touchdowns, and two interceptions.

The Tennessee Titans came away with a strong win after a very close game against the New Orleans Saints, the final score ending up 23-21.

Quarterback Cam Newton made his return to Carolina as the Panthers rolled over the Arizona Cardinals, the final score being 34-10.

Although Cam did not yet start in place of P.J. Walker during Sam Darnold’s injury, he did record a passing touchdown to wide receiver Robby Anderson, and a rushing touchdown at the start of the game, where afterwards, he took his helmet off and yelled at the camera, “I’m back!”

The Kansas City Chiefs returned to glory against their divisional rival in the Las Vegas Raiders, the final score being 41-14.

The San Francisco 49ers, after sweeping their divisional rival in the Los Angeles Rams the last two seasons, came away with their fifth straight win against them, the final score being 31-10.

Looking ahead, the Patriots return to action with an away game Thursday night against the Atlanta Falcons.