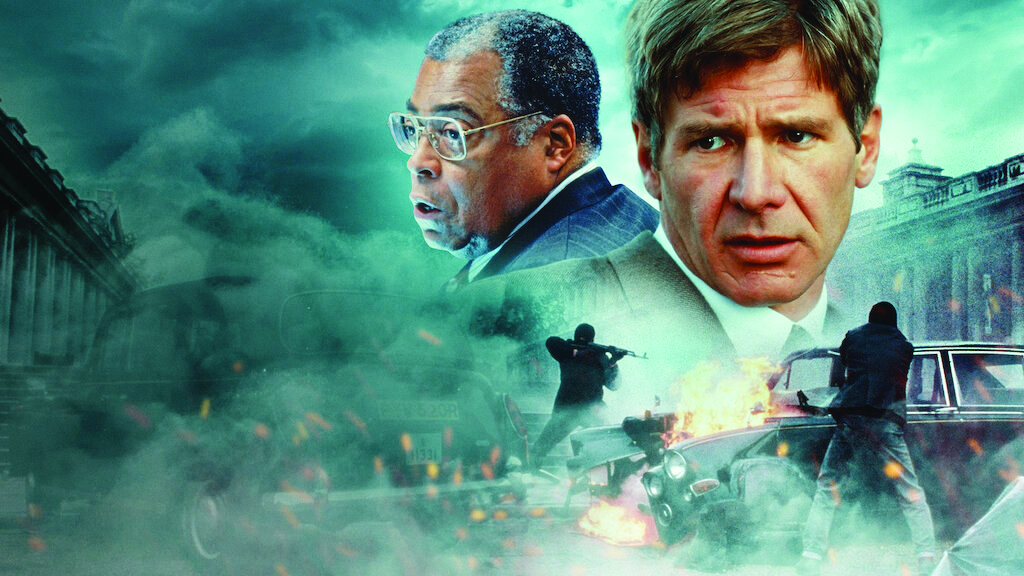 (Photo Courtesy of Paramount Pictures) “Patriot Games” was released on June 5, 1992. It is currently available to stream on Hulu.

Since its 2018 release, “Jack Ryan” has become one of the most popular streamed shows on Amazon Prime, and fans are patiently waiting for season three, which is scheduled for release this year. But before it arrives, there is plenty more Jack Ryan content for those interested beyond the TV Show. This year marks the 30th anniversary of Tom Clancy’s “Patriot Games” and the perfect time to revisit one of Jack Ryan’s earlier film entries.

Originally released on June 5, 1992, “Patriot Games” was directed by Philip Noyce and starred Harrison Ford as CIA Analyst Jack Ryan. The film loosely adapts Tom Clancy’s original novel of the same title, which features the consequences of Ryan’s actions for intervening in a terrorist attack committed by rogue Irish Republican Army members. When one of those members, Sean Miller, loses his younger brother to Ryan in self-defense, a spy game of retaliation and revenge begins when Miller escapes custody and targets Ryan’s family. When Jack has everything to lose, the two men, like a foil from different worlds, put their best skills to use as they each take the CIA and IRA toward war.

“Patriot Games” is a sequel to John McTiernan’s “The Hunt for Red October”, which featured Alec Baldwin as Ryan. Although “Patriot Games” does not live up to its predecessor, the resulting film feels very different from the get-go when you have a completely different director and lead actor take hold of the series. Noyce may not have crafted an espionage film as intricate as “The Hunt For Red October”. Though, what he’s done with “Patriot Games” opened up the “Jack Ryan” film franchise for a wider audience to enjoy.

“Patriot Games” possesses a lot more action than its predecessor, but as Ford has perceived it: this isn’t an action film but rather a film with action. Those sequences are grounded enough not to feel stapled on for the sake of entertainment. However, there are quite the inconsistencies between letting Ryan proceed with his calm office role of analyst, before suddenly throwing him into the heat of the moment. Even if Ryan and Miller share little screen time together, adapting the sequence of events in their competition apart still fits the story. But the presentation feels like a roller coaster where stand-out moments may be a bit more exciting than the more subtle segments, which are meant to be just as compelling.

At the very least, scenes outside of the set action pieces are accompanied by the performance of a star-studded cast. Ford plays an older Ryan compared to Baldwin, and there’s an emotional weight to his character that was missing almost entirely from the preceding movie. Meanwhile, Sean Bean expresses the same dramatic weight as Miller. Along with Anne Archer, James Earl Jones, Patrick Bergin, James Fox, Samuel L. Jackson and Richard Harris, this is a film with plenty of talent to go around even before many of these names became as recognizable as they are today.

For as compelling as “Patriot Games” may be, it was quite a subtle film even at the time of its release. There is no stand-out cinematography, nor are there any memorable locations. But this was intended to bring to life a realistic spy thriller. Noyce’s workman-like directing style was perfect for setting that tone and consistency. “Patriot Games” is a movie that can be taken seriously. Its practical effects still hold up even 30 years later. And, James Horner’s musical score emphasizes this genre’s suspense; a soundtrack capable of outperforming many modern film scores of similar movies today.

Overall, “Patriot Games” is not a consistent action movie. Its tone and pacing focus far more on the suspense of realistic espionage. So those looking for a worthy ‘90s spy film outside the glamor of James Bond are in for a treat. Especially for movie buffs, it’s not easy to find Indiana Jones, Boromir, Darth Vader, Mace Windu, Albus Dumbledore and the little girl from “Hocus Pocus”, all in the same film. But, those are just the acting ingredients alongside the rest of this rich cinematic package. Perhaps not as significant as “The Hunt For Red October”, this film is just as entertaining, if not more. It’s clear and present with “Patriot Games” that Noyce focused on making one good movie. Yet, he would do even better with the sequel.