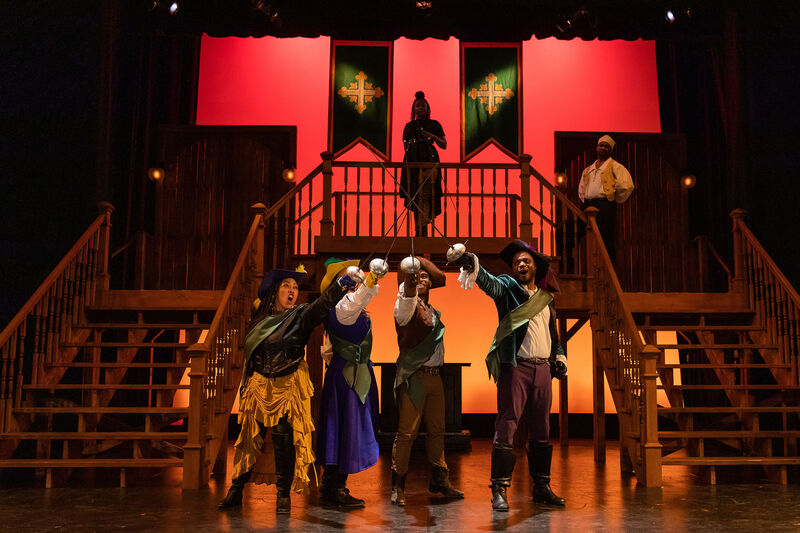 Amanda Mujica, a freelance costume designer based in Greater Boston, is hosting an event at UMass Lowell on Wednesday, February 9, to discuss the process of preparing costumes for the stage and to provide tips on designing.The event, titled From Page to Stage, will take place in room 478 of O’Leary Library at 6:30 pm.

Shelley Barish, an associate English professor and coordinator of theatre arts at UMass Lowell, says she invited Mujica to host the event so students can learn from a professional in the field.

Mujica hopes to give insight to students on how much work and detail go into the art of costume designing. “I hope they come away from it with a sense of how much goes into every character costume that you see on stage. So there’s an actor that brings all this acting talent to the piece, and then there’s the set pieces that are wonderful to look at as well, but there’s so much that goes into dressing someone that I think sometimes people just overlook it,” said Mujica. “We just sort of think like, oh, okay, yeah, they’re wearing that pretty dress, but there’s a lot that goes into it from the shape of the garment, from the colors that are used, from the textures that are used, from the specific little additions that are added to give it you know, maybe some more authenticity to a time period or a place.”

Mujica will show images of several costumes she has created for character roles from various projects that she has been involved in. “I’m going to talk about costumes from an opera called ‘Powder Her Face,’” said Mujica. Another one of the visuals will show a costume that was designed for a character that is loosely based on Oscar Wilde from an opera called “Patience,” and other images of costumes from a production that was for the Mount Auburn cemetery that includes some local New England characters will be shown as well, said Mujica.

The event will also cover the creative process of trying to take a character description from a script and fabricate a tangible costume based on the written description. “The page part of it [the event title] is really more focused around the script piece of it. So you know, thinking about the scripts that you’re working with and how you can bring those characters that you’ve read about in a script to life on the stage,” said Mujica

While Mujica is looking forward to sharing her work and ideas about costume designing, she is also eager to hear what the UMass Lowell students have to say about the art of costume design. “Well, I’m excited to share my experiences and my work, but I’m also just really interested in hearing from the diverse student population at UMass. I kind of want to hear what they’re interested in learning about or what sparks interest to them or what brought them to the costume talk,” said Mujica.

The event will be one-hour long, but Mujica would like to spare some time for an open discussion at the end. “I hope in that time that I can share with them some of my work and show some pictures of my work and talk about my costume design process,” said Mujica. “But I’m also curious to learn about what brought them, what interests them and maybe have some time at the end to just have an open conversation about the design process because it can be challenging for new designers, and design can often be a little bit elusive.”