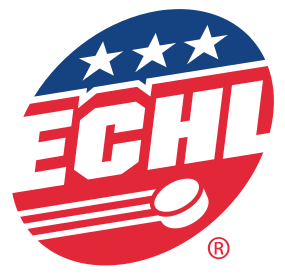 Around the hockey world, issues with inequality in the hockey community have been an issue. Racism and sexism scatter the ice in embarrassing ways, that even in 2022, it is still happening. Here are a few recent examples of some worrisome events that have occurred.

The “taunt”: In the East Coast Hockey League, in a game between Jacksonville and South Carolina, former Jacksonville forward Jacob Panetta racially taunted South Carolina defenseman Jordan Subban, brother to the NHL’s P.K. Subban,. Panetta raised his arms in a manner that depicted Subban as an animal. Subban retaliated by viciously attacking Panetta in a way that was seen as “an acceptable response” by people watching the game. Panetta was not only suspended for the remainder of the ECHL season, but was released by the team for his inexcusable actions. Before the taunt happened, video evidence shows fans calling Subban a racial slur in broad daylight. It was a great response by the ECHL to rid the league of Panetta quickly.

Women’s World Juniors Blunder: The matter of how the women were treated by the International Ice Hockey Federation (IIHF) is an example of sexism at the junior hockey level. Two years in a row the IIHF canceled the Women’s World Junior Championships, citing COVID-19 cases, but allowed the men’s World Junior Championships to continue as scheduled .The way the IIHF treated the women deserves to be reprimanded by the entire hockey community as a whole. No woman should ever have an opportunity to represent their country in any international ice hockey competition taken away, while the men get all the joy and harmony of playing the game instead. This is a blatant disregard for women and fans of women’s hockey. Though the women will finally have the chance to compete in the WJC in August, these instances of clear sexism should not wither away into the wind, and the IIHF desperately needs to address this if they ever want credibility again.

These examples highlight a few of the many flaws of racial and gender inequality in hockey. It displays the need for more equal opportunity among hockey leagues and corporations to give women and black players more opportunities. These are the people that shape the hockey rink and will do so for years to come. So, the time has come to stop inequality in the sport, and introduce more chances to every hockey player, regardless of race or gender.