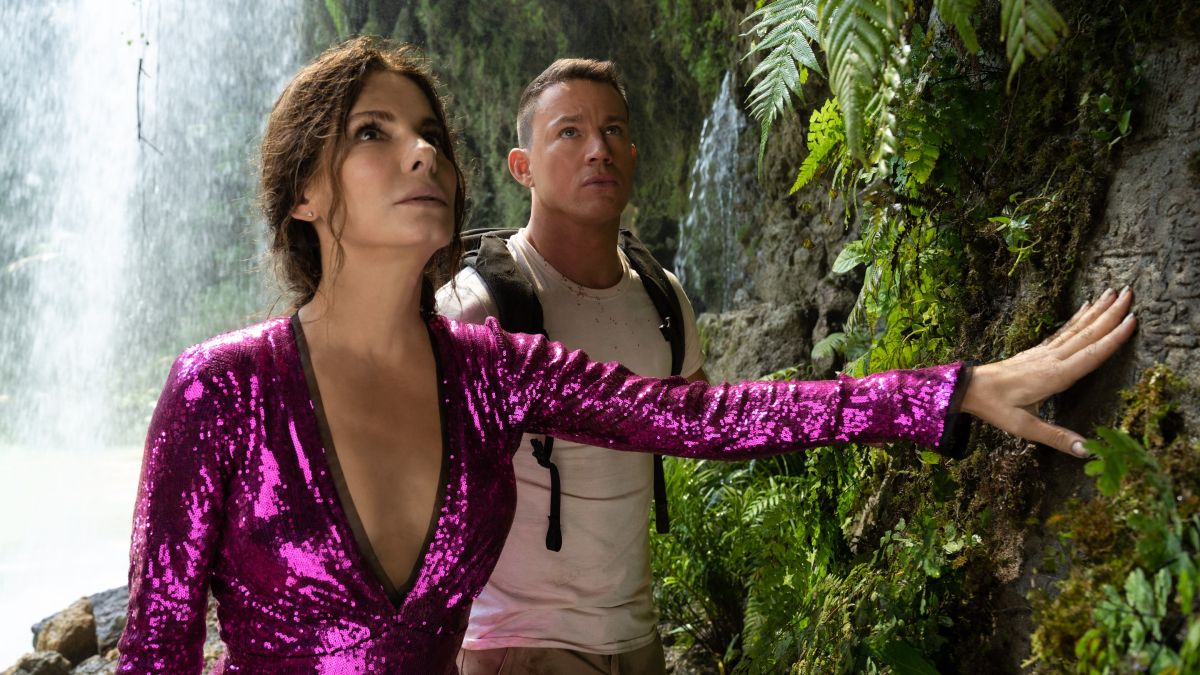 (Photo Courtesy of Fortis Films) “The Lost City” was released on March 12.

“The Lost City”, starring Sandra Bullock, Channing Tatum and Daniel Radcliffe, is one of the best surprises of 2022 thus far. Released on March 25, this romantic adventure-comedy follows a reclusive, washed-up author (Bullock), kidnapped by a billionaire (Radcliffe) and taken to the jungle, while her book cover model (Tatum) goes on a rescue trip to save her. While the movie struggles to be unique in any significant regard on the surface, its relentless barrage of jokes that land makes “The Lost City” a pleasant surprise.

The final product of “The Lost City” feels like a thrown-together script to get its stars on the screen. While this genre has mixed results, Bullock and Tatum have excellent on-screen chemistry and natural banter that carries the movie far beyond its potential. They both own their roles to the fullest potential, and even when the pairing of the two characters seems implausible from a story perspective, their chemistry carries it forward. It may be difficult to see these two forming a lasting relationship due to a complete lack of personality meshing. Still, Bullock and Tatum sell it to the best of their ability.

Bullock and Tatum have both had impressive careers, which manage to feel even more progressed by “The Lost City”. 2022 has seen the first live-action leading roles from Tatum since 2017, and both “The Lost City” and “Dog” have effectively showcased his talent in returning. Bullock has had a long career marked by her diversity in roles, and “The Lost City” brings her back to her romantic comedy roots from the mid-to-late ‘90s.

“The Lost City” is perhaps one of the funniest moderate budget blockbuster comedies sent to theaters lately. A surprisingly large number of the jokes land among both lead and supporting characters. The fish-out-of-water jokes about an author and a cover model trekking through the jungle are the best moments of the movie. However, its one-dimensional side characters each have a surprisingly funny running joke to round out the movie’s humor.

These side characters reveal some of the movies biggest flaws. It is not uncommon for comedy movies to feature one-dimensional characters. Each character in “The Lost City” has a few jokes that they rotate between in different forms, which, despite often landing, heavily illuminates the one-sided nature of its characters.

The filmmaking can also be a bit cheap sometimes, with fairly obvious usage of greenscreen and some one-liners and reactions that were noticeably added in post-production. Although, the strengths of directors Aaron and Adam Nee clearly lies in comedy more than action filmmaking. A movie that did not rely on an action-adventure backdrop would have more evidently showcased this.