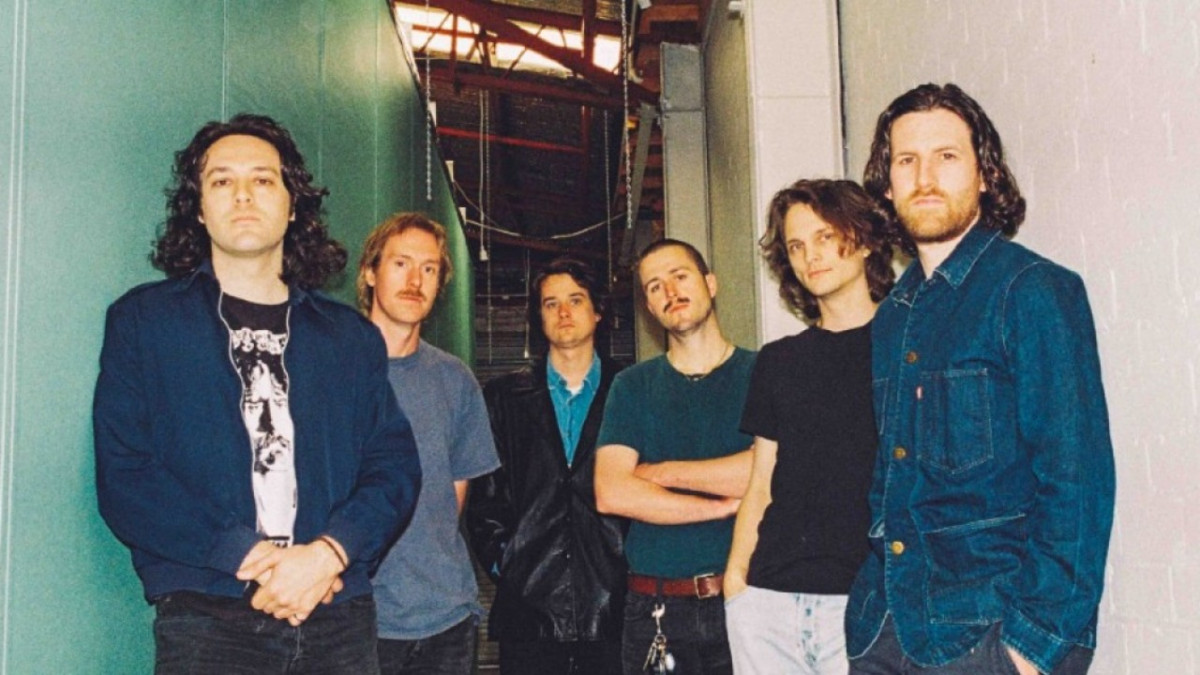 King Gizzard & The Lizard Wizard have released the first of their upcoming October albums with “Ice, Death, Planets, Lungs, Mushrooms and Lava”. The title, quite literally, sets you up for the exact content this album provides in all its jazzy, playful and vibrant track styles that highlight an astounding synthesis of the genre rotating expertise the band is known for.

The album comes in short at only 7 tracks, but makes up for it in the fact that not one of them is less than 6 minutes long. This leaves the band plenty of room to incorporate long instrumental jam breaks strewn across each song that bring the band’s delightful spirit alive. As the band revealed on Twitter, much of this album was drawn from jam sessions and mixed with the most complex arrangements that we have seen from King Gizzard, resulting in what they called their most intense collaboration yet.

These songs take us through outrageously fun fables that vary across the natural word. Starting with the first track “Mycelium”, we are hit with a charmingly upbeat tune with lyrics told from the prospective of a chill mushroom contemplating his casual consumption and outlasting of human society. From here we are jazzily swept into “Ice V” with a powerful ice princess reigning down a comet on civilization. Then “Magma”, where people must bury gifts into the earth to appease the subterranean magma god below. All the album’s sagas, paired with bubbly, free-flowing, jazz-rock melodies, give grace to the brightest, most bizarre lyricism we could have anticipated from King Gizzard. It is a journey through natures lore, where “death smells like boiled eggs” and lava is “sticky like peanut butter” in the most romantic of ways.

Although catchy and lyrically engaging, this album’s jazz jam origins make it easy for some of these songs to fall into a repetitive nature. Its instrumental breaks are impressive and enjoyable, but often drawn out as they make up a large majority of the songs’ longer play times. “Ice V”, the album’s first single and most popular track, clocks in at 10 minutes and 15 seconds. Not only is it the most repetitive song on the album, but it is easily the most catchy and enjoyable track on there, especially for new listeners of the band.

The charm of “Ice, Death, Planets, Lungs, Mushrooms and Lava” is in how ridiculously fun it is. Its vibrant output and composition are so impressive when paired with the story of its origins. According to band leader Stu Mackenzie, “We’d walk into the studio, set everything up, get a rough tempo going and just jam…no preconceived ideas at all, no concepts, no songs. We’d jam for maybe 45 minutes, and then all swap instruments and start again.”

To fans of King Gizzard, new and old, this album has something so fresh to offer in its arrangement, structure, storyline and lyrical engagement. It is easy to see how the success of this album skyrocketed so quickly, only to be happily followed up with more content to love for the rest of October. “Changes” and “Laminated Denim”, their two following albums, are each sure to bring 7 more tracks of intrigue, likely to boost King Gizzard & The Lizard Wizard across platforms till the end of the year. Any eclectic rock enjoyer, curious soul, or fan of absurd genius should give this album a worthy listen.