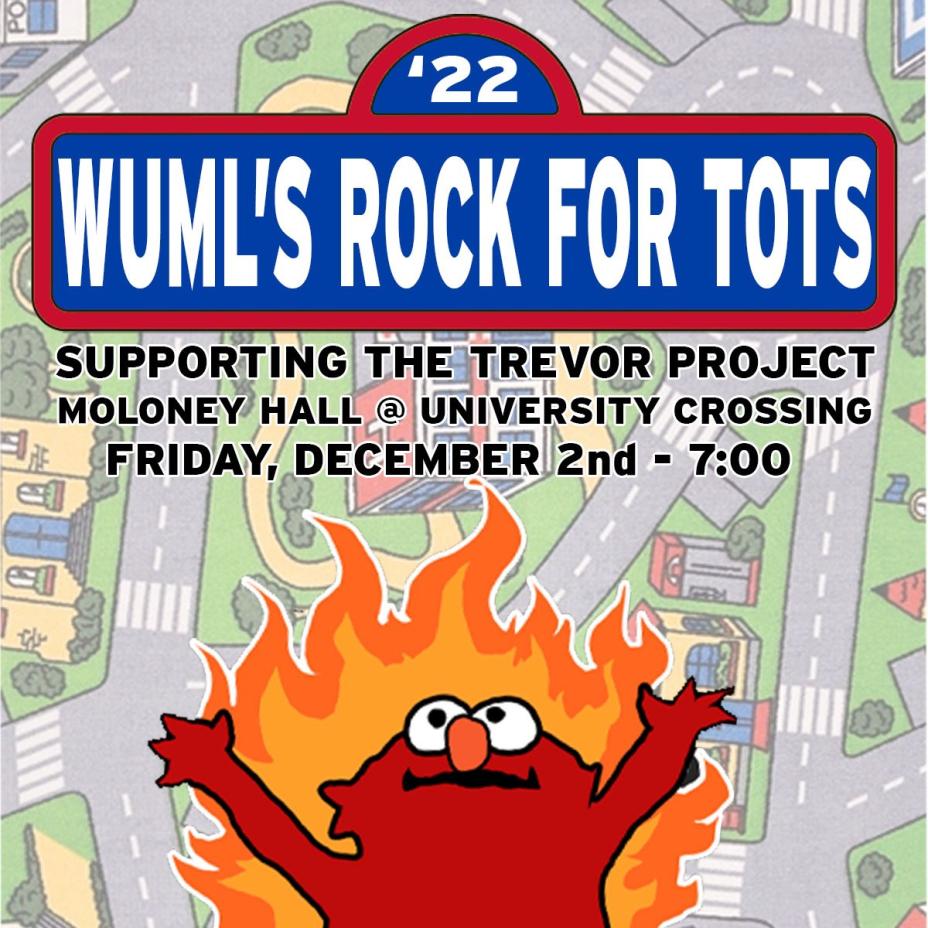 According to WUML’s very own website, where listeners can tune into the radio station if they don’t have a radio to tune in at 91.5 FM, WUML was founded in 1952 with membership open to UMass Lowell students and community members.

As a non-commercial FM station, WUML has to adhere to the standards of radio broadcasting, including a no-swearing policy. This means that the process to go on air is strict, an extensive intern process is required before one can become a dj. It’s a semester’s long process, and at the end there’s a test on the rules of radio. Cole Pessolano, a sophomore civil engineering major and WUML intern director said it’s to make sure interns “get approved to make sure that we know that they know what they’re doing, and so that they can actually be on the air.” There is a book of FCC rules they have to follow for running a radio station. Pessolano added, “Our big book of FCC regulations is why we have such a long process to actually be like a full time member of the club.”

But once student interns pass the test, they’re free to dj whatever music they want. There’s no one genre of music that djs play, from rock and roll to indie pop. There are even a few talk shows. As described by Pessolano, it’s “where underground music lives”, a sentiment echoed by their website. Julia Harrington a junior psychology major and WUML program director said, “we run student run radio shows all throughout the week. We have community radio shows on the weekends and we also have some alumni shows. People who went through WUML and then graduated from UMass Lowell sometimes come back and continue to do their radio show, which is really awesome.”

WUML prides itself on giving a space to indie artists, as well as opportunities to help out the community. The station regularly runs PSAs, as well. “Informing communities about like risks or like health risks. Sometimes they’re like seasonal risks like chronic illnesses or how to take care of your car in the winter,” said Harrington. “In UML, if a club is having an event that wants to advertise that event to the community, having a PSA on the radio is an awesome way to do that and will have DJ’s prioritize it ’cause it’s relevant to most people who are going to be listening.”

The club also hosts musical charities a few times throughout the academic year, once a semester. They have an upcoming one on Friday, December 2 at 7pm at Moloney Hall in University Crossing. The line up will have been released Monday, 11/21/2022, including Going222jail, Trash Rabbit, Thick, and Glitterer. “It’s just always been centered around giving back to kids during the holiday season, we’ve just been switching up our organization the past couple years because we lost contact with the organization we used to give to. But we’ve collected children’s toys to donate and stuff so that’s always what it’s been. Since Trover project is still technically for youth we figured we’d do it because we’d like to give to them,” said Ekatarina Photis, a senior journalism and professional writing major, who serves as the  music director for WUML.  “In previous years we’ve donated to charities that support children in need! But the name stuck even as the charities changed,” said Harrington.

As a club that runs a non-profit radio station, students who work there do so for fun. It gives valuable experiences for students who are interested in being sound techs, or future djs. There are a lot of different jobs running a radio station that students can take part in and learn from. It also just gives students an opportunity to try something out that they wouldn’t have an opportunity to do otherwise.