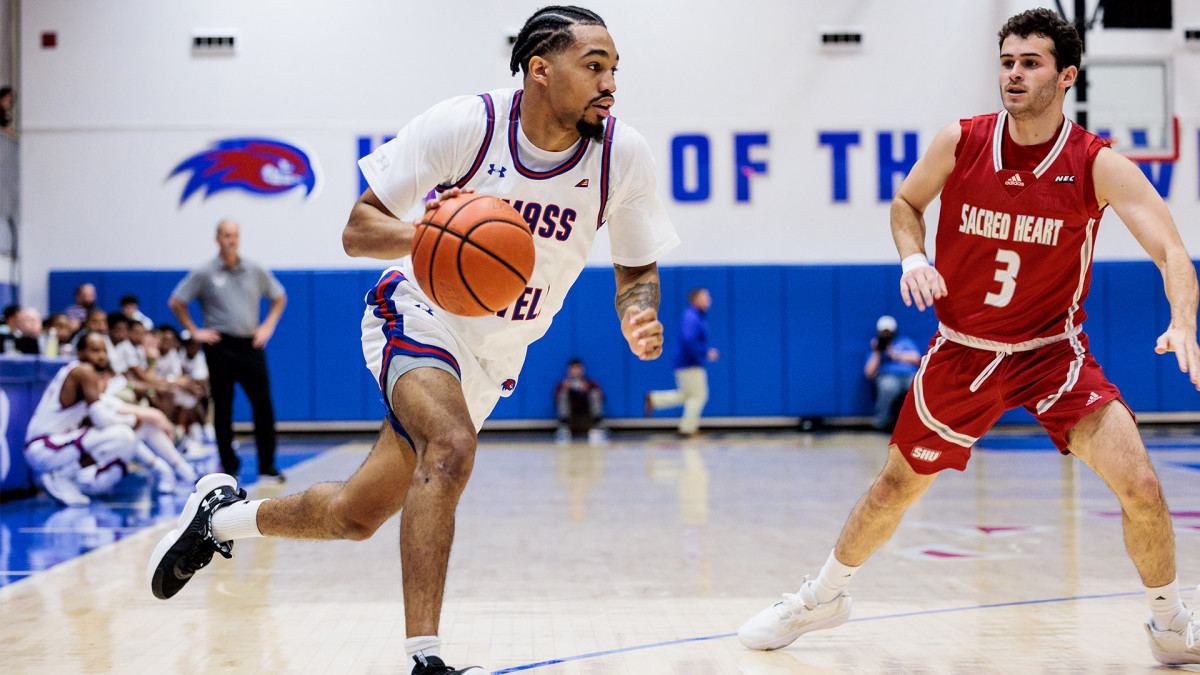 On Wednesday, UMass Lowell beat Merrimack College: 77-51 at the Costello Athletic Center, sealing the team’s incredible 7-1 start on the year. This marks the programs best first half of the season start while playing in Division I.

With the win over Merrimack, the River Hawks are riding a five-game winning streak. During this streak the team has outscored their opponents 418-306 while shooting 52% from the field and 42% from behind the arc.

This season is an important one for the River Hawks as they want to prove that last season, a season in which they were one game away from winning the America East Championship and going to the March Madness Tournament, was not a fluke.

Multiple players have improved from last season, including players like junior Max Brooks and graduate Everette Hammond who have taken their game to a whole new level. When trying to see what truly changed from last season, a few stats really begin to stand out.

Even though Brooks and Hammond are enjoying a great season thus far, one of their teammates has taken center stage by playing the best basketball of his career. That player is senior Abdoul Karim Coulibaly.

“It’s unlike any team I have had before in terms of our depth,” said head coach Pat Duquette during the postgame press conference on Wednesday. “We’ve got nine legitimate guys who could make an argument to start and in order for that to work guys got to drop their egos and play for the greater good.”

During the same press conference, a reporter asked Brooks what he thought the difference was in the team’s defensive mindset this year. To this Brooks said, “I would say we are a way more grittier team this year. We’re never going to give up.”

It’s that ‘play as a team’ mentality that has really allowed the team to thrive. The players are finally fully sold on coach Duquette’s system, and it shows not just by their play, but through their attitude as well.

With one month of the season already in the books, the River Hawks are breaking records and turning heads. They are undefeated at home and are on pace to break the team’s Division I record for most wins in a season. If they can continue to maintain their winning ways, there is reason to believe that this team could be playing games deep into March.

Looking ahead, the River Hawks will be embarking on their longest road-trip of the season. Their next game is on Saturday, December 3rd at 2PM against Sacred Heart. Their next home game will be on Saturday December 10th at 5PM against St. Francis Brooklyn.

Update: The River Hawks defeated Sacred Heart 70-59 and improved on their already strong start for the season.