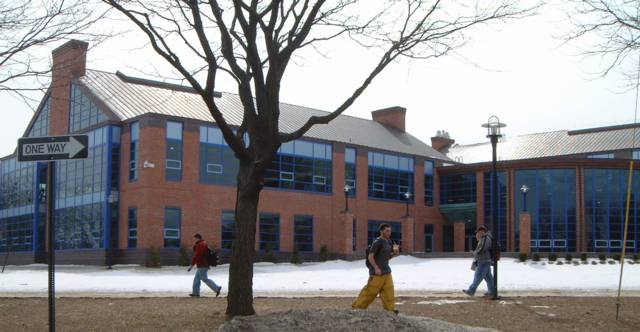 “This event met our expectations,” said Malinda Reed, SGA member who helped plan out the event. “Everyone that attended had a lot of fun.”

Every organization that contributed to the event made their presence felt in a strong way. “SGA provided a waffle bar, Greek Life hosted raffles and Bingo, there was glow in the dark

Other exciting activities at the event included a glow in the dark air hockey machine and they had scented gel cups that were quite popular.

Riverhawks After Dark ran from 9:30pm to 1am, and there were still attendees in the CRC at closing time. Those who stayed long enough till 11 were treated with pizza and beverage as well.

Riverhawks After Dark is not the only event that SGA wishes to assist in. The organization is actually looking for other events to help sponsor. “Our role as Student Government senators is to serve the student body,and one of the major ways we do this is through working with and supporting as many clubs and organizations as possible,” said Reed. “We always look forward to contributing to other events on campus.”

As for the next Riverhawks After Dark, while this year was deemed a success, attendance was an issue. Many people left half way and were trickling out even before the raffle winners were called. Next year’s event might make more efforts to keep more people at the event for a longer period of time. Most people who went enjoyed themselves greatly, however.

“Although this event was fun for all, we hope to see more attendance in the future,” said Reed. “However, overall this was a great step in the right direction and SGA is excited to continue their friendship with Greek Life and ACE.”