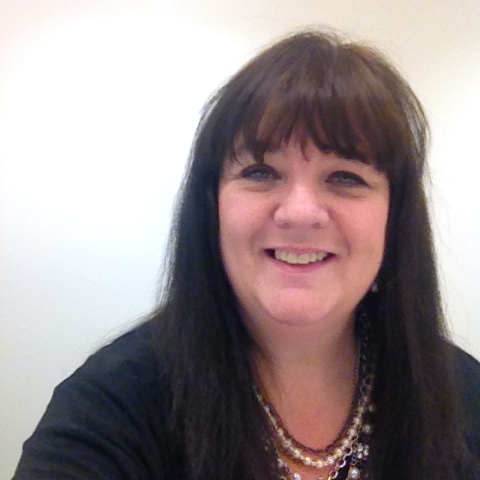 Annie Ciaraldi, as Associate Dean of Compliance and Violence Protection, works to maintain a healthy climate in regard to sexual violence on campus (Emily Bergman/Connector)

Last Monday, students received an email that asked them to complete a survey seeking data about the campus climate in relation to sexual harassment and sexual assault. The survey is part of a nation-wide, on-going effort to support victims of sexual violence on college campuses, and to help students understand consent and what actions constitute as sexual violence.

UMass Lowell is working with a research firm called eduOutcomes, who will collect the data, formulate reports, and then report back to UMass Lowell with its findings. This is the first time the school has participated in a climate survey.

Annie Ciaraldi is the Associate Dean of Compliance and Violence Prevention, and the Title IX Deputy Coordinator. According to her, colleges have been asked to distribute campus climate surveys directly by the White House. Since then, many different research firms have advertised campus climate surveys tailored for college campuses. “By next year, it will be mandated that every institution does an annual climate survey,” said Ciaraldi.

UML selected eduOutcomes to work with for a number of reasons, explained Ciaraldi. “It’s very straightforward. It’s not tremendously long. It’s going to give us the data we want to have in order to start guiding our priorities in the prevention work,” she said.

The researchers at eduOutcomes will give UML the national data and data specific to UML. According to Ciaraldi, the school has designed awareness programs based off of national data, and now the Title IX Committee will focus in on data exclusive to UML with this climate survey.

The Title IX Committee is also responsible for releasing the information collected from this campus climate survey to students. Ciaraldi explained that the committee is currently deciding how to report the data. “When you report data like this out to the campus, you also have to have a plan in place for how you’re going to address it,” she said.

According to Ciaraldi, by the time they receive the results from eduOutcomes, the semester will have ended. This will give the Title IX Committee time before the fall 2016 semester to determine how to report the information and explain their next step.

Ciaraldi predicts that some will be surprised by the results the school receives from this survey. “I think we underestimate what’s really happening. I think it will be eye-opening for people,” she said.

Over the last few years, many college institutions have been accused of mishandling sexual violence cases. Many schools have neglected to conduct surveys that could reveal how frequent sexual violence is compared to how many students actually report it.

Ciaraldi said, “There are a lot of schools that are afraid of doing climate surveys. They’d rather not know because it’s more comfortable. But we’d rather know.”

Sexual violence prevention work at UML has recently focused in on educating students about what sexual violence is, what stalking is, what consent is, and what domestic violence can look like for college-aged students.

“We do have sexual violence,” said Ciaraldi. “We just need to teach people what those things are, where they can report it, and who they can trust.”

Jacquie Keeves, the Assistant Director for Violence Prevention, explained why some students may avoid reporting sexual violence. “When we’re talking about sexual violence, it’s really easy to be in denial,” said Keeves.

Most faculty at UML is required to report any student reports of possible sexual violence. Keeves, however, is deemed a confidential reporter. This means that students can speak with her and may choose to not move forward with accusations, and Keeves will keep the conversation confidential, only reporting statistical data.

According to Keeves, many students may not recognize their sexual violence experiences as assault. Part of her role is to educate students about what actions may fall into sexual violence.

At the beginning of the 2015-2016 school year, UML adopted a more investigative procedure involving sexual violence cases. With this new process, the victim only needs to speak with an investigator once, rather than retell the events multiple times to different panels or individuals. After information has been gathered by investigators, the accused is presented with accusation, and that person can either accept it or go to a review panel. The review panel may then seek more details, drop the charges, or find the accused responsible.

Preceding the advent of this process, the UMass university system was assessed by a national consultant on how each school handled sexual violence cases. The consultant recommended the investigative process. According to Ciaraldi, UML is the first of the UMass systems to adopt it. “UMass Boston is now modeling theirs after ours, and I think the others will follow,” said Ciaraldi.