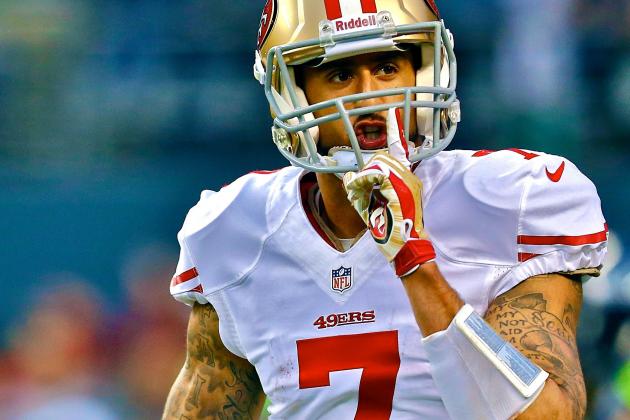 Like Colin Kaepernick scrambling, staying away from political topics is something that I do best. In this case, the different layers led me to the multitude of problems that I have with the way he, and his decision, have been scrutinized. In a time where athletes speaking out on social issues is seldom seen, enough has clearly become enough.

While waiting for a preseason game against the Green Bay Packers to start, instead of standing during the playing of the national anthem, he sat in protest. He cited the ongoing struggle with police brutality and the oppression of African-Americans as his reasoning.

‘He is not even black’

If you look at a family photo of the Kaepernicks, you will see his parents, Rick and Teresa Kaepernick, and his siblings, Kyle and Devon – this is the family that adopted him. That took me 15 seconds to research, but I guess those who use this ignorant argument do not have that kind of time. It turns out Colin’s birth father is African-American, left the side of his mother before his birth and his identity is unknown to Kaepernick.

It is sad that I am not surprised that instead of acknowledging the problem at hand, these people are attacking him.

‘I fought for the anthem’

For all of the tweets calling out Kap for being “Un-American,” there are just as many using the hashtag #VeteransForKaepernick – women and men, black and white, all defending Kaepernick’s decision.

May not agree with his method of protest but fought for and respect his right to do it #VeteransForKaepernick pic.twitter.com/XkLqhW0UsZ

‘He is sending the wrong message’

Just because he is not a role model for what you stand for, it does not make his beliefs any less important than yours.

Thinking differently scares people – but that is just one of the many reasons this country is so great. Donald Trump has built his campaign on making “America great again,” and his followers are eating it up. Colin Kaepernick is showing how America has flaws and things need to change. He is being crucified.

What is so wrong about the message that Kaepernick is sending? Did he break any laws? Did he incite any riots? Maybe all he did was show people that it is okay to disagree in this country.

‘I sacrificed so people like him do not have to’

Of course you did – and it is a shame that Kaepernick felt that he had to this.

Jackie Robinson broke the color barrier in Major League baseball in 1947 and endured years of torment just so the players after him would not have to. Rosa Parks decided to sit in 1955 to create change so the oppression of future African-Americans would come to an end.

Robinson, Parks and Kaepernick were all fighting for what they believe in – just like the men and women who serve our country.

@Kaepernick7 I served 25yrs in the AF to protect everyone's 1st Amend rights. I support you #VeteransForKaepernick pic.twitter.com/Q7r7PfvryA

#VeteransForKaepernick because I didn't volunteer to defend a country where police brutality is swept under the rug. pic.twitter.com/LtBkTvHHAn