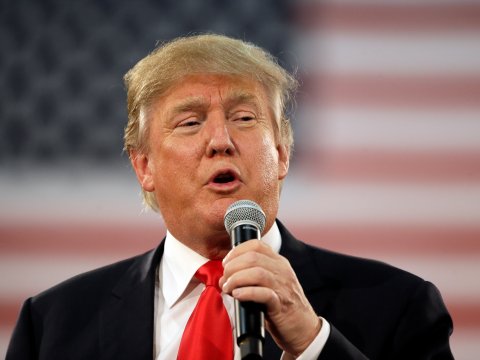 I write to remind my fellow students of our obligation to express dissent against the xenophobia, militarism, and economic elitism of the Trump administration. Within a few weeks, the president has confirmed his loyalty to corporate interests by appointing an oil industry insider to head the EPA, an editor of a white nationalist web publication to the National Security council, and a billionaire proponent of education privatization to lead our public schools.

Trump intends to cut funding to public programs helping the poorest among us while lowering taxes on the wealthiest. He has clearly stated his support for increased military spending, which can only indicate another expensive invasion overseas. He willfully ignores the threat of global warming for the benefit of the fossil fuel industry and sends us closer to ecological disaster.

All these decisions are rooted in a horrifically skewed view of our history that considers the poor the authors of their own misfortunes, blames the oppressed for their murder by the police, and sees no contradiction in overthrowing foreign governments for the cause of liberty. A man like Trump has no notion of historical cause and effect, he sees only the seductive fantasy of the American dream that spares him the responsibility of knowing.

Our vision of America must be rooted in real history, especially in the struggle of ordinary people to achieve safety and prosperity against the will of those in power. We must remember that it was the strength of labor unions and strikes that forced government to concede the eight-hour working day, workplace safety standards, and the minimum wage.

We must acknowledge that America has always been divided by wealth, whether it was in the form of plantation slavery, industrial production, or banking institutions. We must admit the violations our government has inflicted abroad upon the people of Guatemala, Iran, Vietnam, and countless others by overthrowing governments to suit the needs of American business. Howard Zinn’s “A People’s History of the United States” offers a comprehensive overview of our history from the perspective of activist movements.

We cannot blind ourselves to the injustices of our society. The fight will come to us directly, whether it is in the form of stagnant wages, revoked visas, rising sea levels, or state-sanctioned violence. The only group who stands to benefit from Trump’s policies is the ultra-wealthy, who make up less than 1% of our population. We can generate widespread opposition to Trump and put pressure on our representatives to do the same.

The first step to organization is talking to a friend and agreeing to take action together, whether that be by contacting your legislator, organizing a rally, or distributing pamphlets. We don’t have to do this alone, and we don’t have to start from scratch. The Indivisible Guide at www.indivisibleguide.com offers a practical introduction to forming a group and influencing federal government.