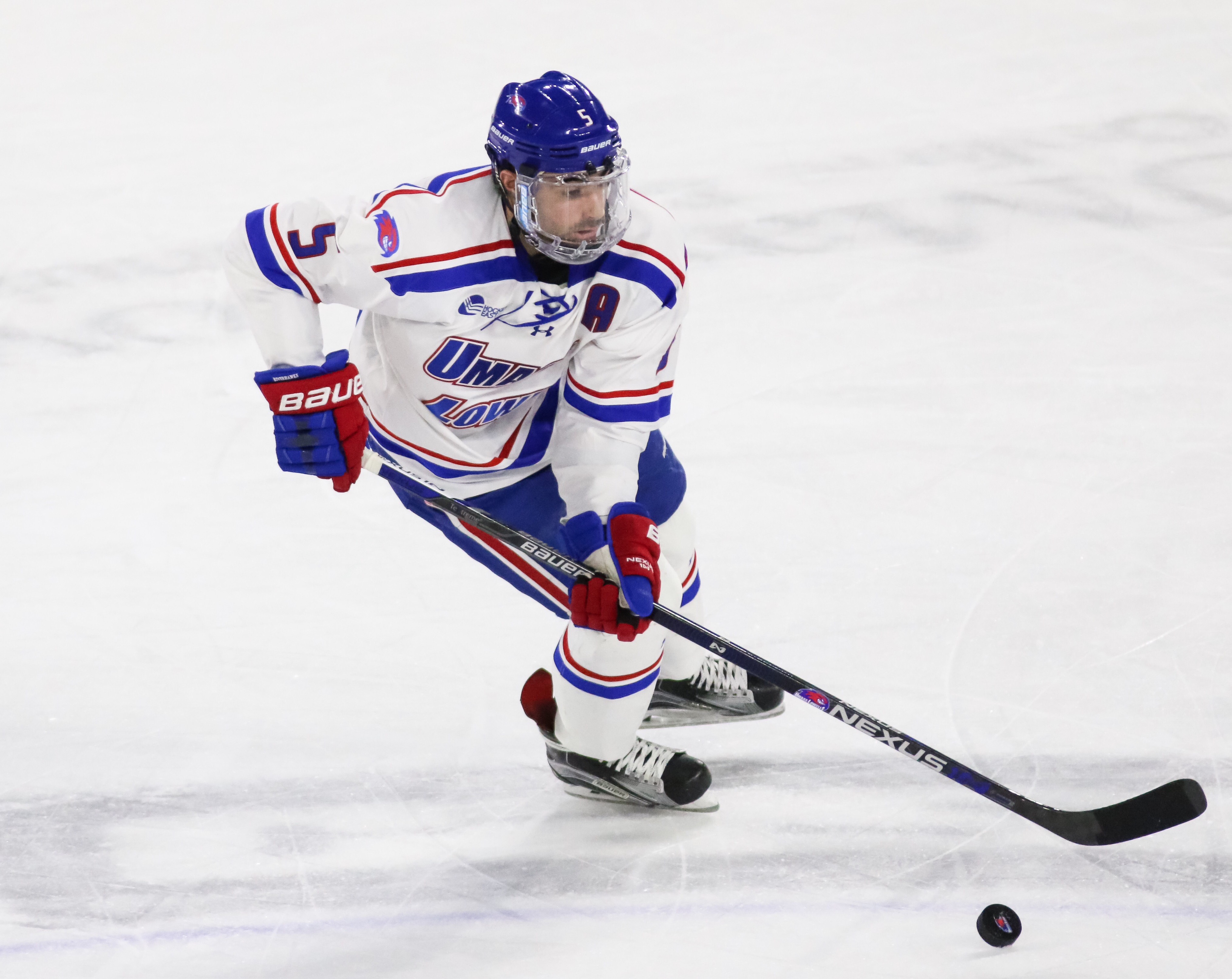 In the 2016-17 season the River Hawks not only managed to come out with a share in the Hockey East Regular Season Championship title, alongside Boston College and Boston University, but the River Hawk roster was also given looks for the most prestigious award in college ice hockey: the Hobey Baker Memorial Award.

The award has been granted annually since 1981 to the top NCAA ice hockey player for the strength with which they display the values of “Teamwork. Dedication. Integrity. Exceptional play. Humility. And, above all, character,” on and off the ice.

This season not one, but two River Hawks were named semifinalists for the award: junior forward C.J. Smith and senior forward Joe Gambardella.

“It’s pretty awesome… How many players are playing college hockey right now, and being one of them it’s obviously a huge honor. You get a lot of thanks and a lot of respect from your parents and family. It’s pretty cool,” said Smith about being named a semifinalist.

Gambardella was equally as flattered.

“I think it’s a tremendous honor. But also, I wouldn’t be there without the amazing players that I’ve had the privilege of playing with and the opportunity that I’ve had to play with certain players over the years,” said alternate captain Gambardella.

Smith and Gambardella expressed their humblest thanks and thoughts knowing they had both been in the running for an honor received by National Hockey League (NHL) stars like Johnny Gaudreau of the Calgary Flames or Olympians and hall of famers like Scott Fusco.

Smith expressed best wishes for his linemate’s success going forward in the running. “I know I’ve got another teammate in the locker room that’s more deserving of it. I truly hope that he’s the one up there as a finalist,” said Smith.

Gambardella remains focused on what has been at the core of UMass Lowell’s success this season: the team and preparation for the next matchup.

Initially, he was unaware of the nomination in general, saying, “My family had called and told me congratulations, and I kind of just said, ‘What are you guys talking about?’ They showed it to me and I was really surprised. I never thought it could even be a possibility again. And I don’t get to this spot without my teammates, my coaches and everyone [that] has pushed me over the years.”

Despite nominations of River Hawks in past years, Gambardella or Smith could be the first to ever bring a Hobey Baker Memorial Award to UMass Lowell.

However, Gambardella was intent on making one thing clear: the nomination simply is not on his mind.

For the time being, with the bye-week and a the Hockey East Tournament just around the bend, his one focus would be on doing everything he can to help bring his team to the Championship and the NCAA Tournament.

Editor’s note: A prior version of this article erroneously stated that Gambardella had been named a finalist for the Hobey Baker award.