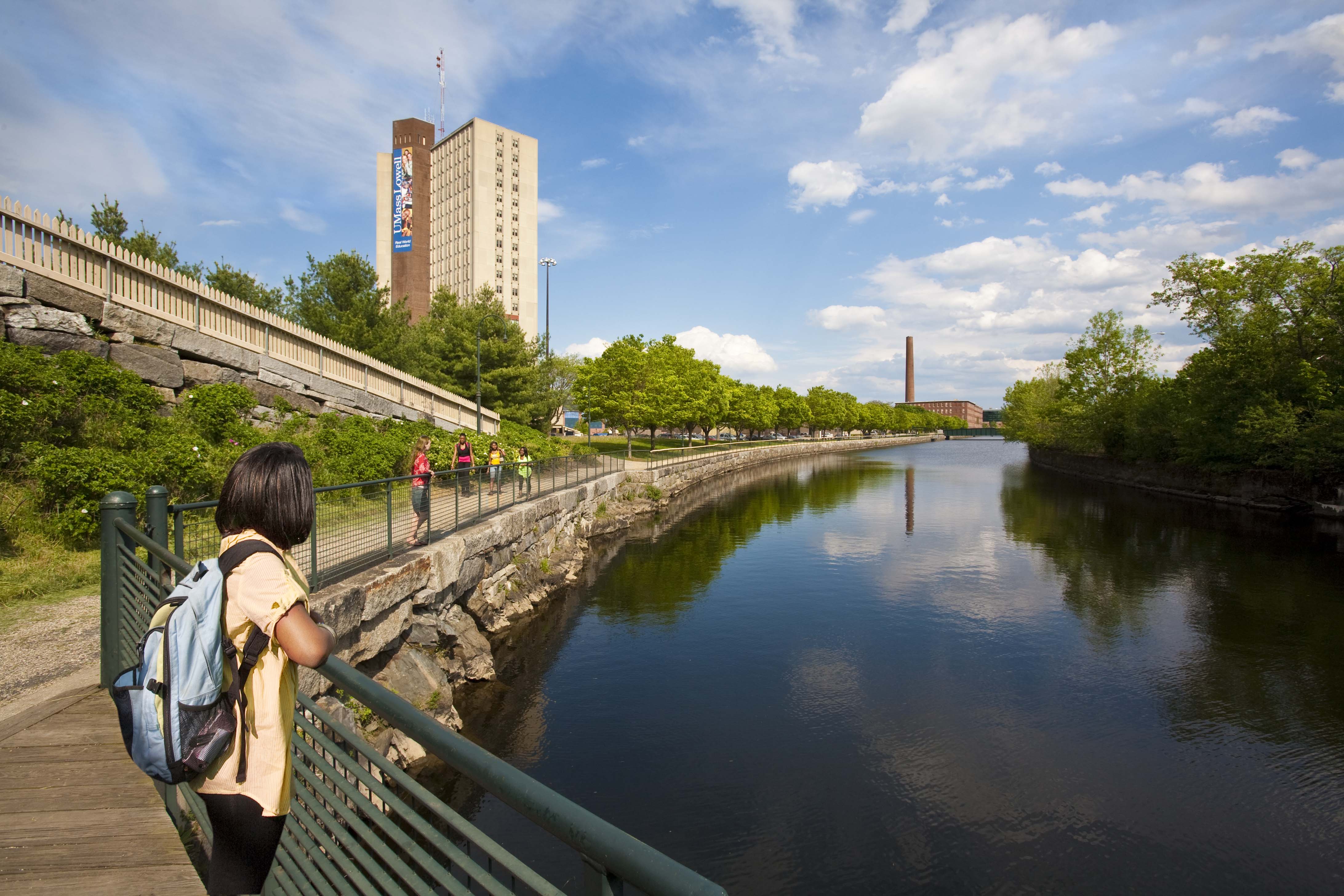 Fox Hall is located on UMass Lowell’s East Campus. (Courtesy of the University of Massachusetts)

Since the 2016-2017 school year, Fox Hall has gotten quite the makeover. Construction on two new elevators finished over the summer while the entrances to both the residence and dining halls have also been altered to accommodate the change.

As the student population has boomed over the years, more and more students have been placed in Fox Hall. And up until this year, a large majority of these students were freshmen.

Last year, UMass Lowell announced several changes to the traditional format of the building. Several LLCs including Advocates of Tomorrow, Hall of Justice, Politikos and Navitas moved into the building, which brought upperclassmen with them.

One of these upperclassmen, senior criminal justice major Serena Puleio, is ending her UMass Lowell career with a stay in Fox. Puleio, a resident advisor on the 12th floor, also lived in Fox during her freshman year.

“It’s really cool because I did the LLC my freshman year so it was a nice full circle [moment],” Puleio said.

Puleio says she feels charmed to be living in Fox for her senior year and to see her residents repeat the same rituals that she did during her freshman year, such as excitedly decorating their rooms.

She says that living in Fox has improved since her first stay in the building with the addition of the new elevators and the renovations of the old ones. “It’s a lot easier now because there’s five elevators. That’s great,” said Puleio.

New residents said they are likewise happy having a total of five elevators in their 18-floor building. Nicole Lopez, a freshman psychology major who lives on the ninth floor, says that she is happy that there are so many elevators in the building.

But freshman business major Jillian Katinas, who lives on the 13th floor, said she is not as impressed. She says that although there are more elevators, the wait for an elevator is still slow.

“Busy times of the days [mean] the elevators are really slow, but there’s nothing you can do about that,” Katinas said.

Although waiting for the elevator can be tiresome, Katinas says that it beats taking the stairs: “I took the stairs once and I was like, nope, uh-uh, never happening again. I tried, and it was awful.”

The location of Fox does not seem to be a big roadblock for many students living there. Ethan Gariepy, a freshman mechanical engineering major living on the 15th floor who says that he is “digging it” at Fox, notes that it is convenient for him to get to his classes and he appreciates having the dining hall in his building.

“The dining halls are really nice; I don’t have to leave the building to eat,” he said.

For South Campus majors, however, it can be more cumbersome to get to class. Lopez says that she has the RoadsterRoutes app downloaded on her phone.

Lopez said she does not mind the commute or wrangling with the app. “I’m not really sure how to navigate it per se, but it’s been okay so far,” she said.

What she says she is more concerned about is fire drills: “I haven’t been here for a fire drill, but from what I’ve heard a lot of people pull it.”

Gariepy, on the other hand, said he is nonplussed. “All fire drills are a pain anyway,” he said.

With the addition of the two new elevators, the time-honored tradition of the post-alarm stampede back into Fox may be over. There have been two fire alarms sounded thus far, and Katinas said that the scene has been remarkably tame.

“It wasn’t like a stampede, there was just a huge crowd… people were just normally walking,” Katinas said.

The students said they did not have any major problems with Fox Hall, and would recommend it to other students.

“So far it’s been good, and if you’re looking for the least expensive [option], I’d say pick here because that’s what I did,” said Lopez.

The only thing that Katinas says to watch out for when applying to live in Fox is to figure out whether it is more preferable to live on a floor with a kitchen or a laundry room, as the floors in Fox alternate.

Katinas says that there is a hidden benefit to living in a building that goes so far up: “For every room, there’s a nice view. No matter where you are, you’re going to get a nice view of the city or the campus.”