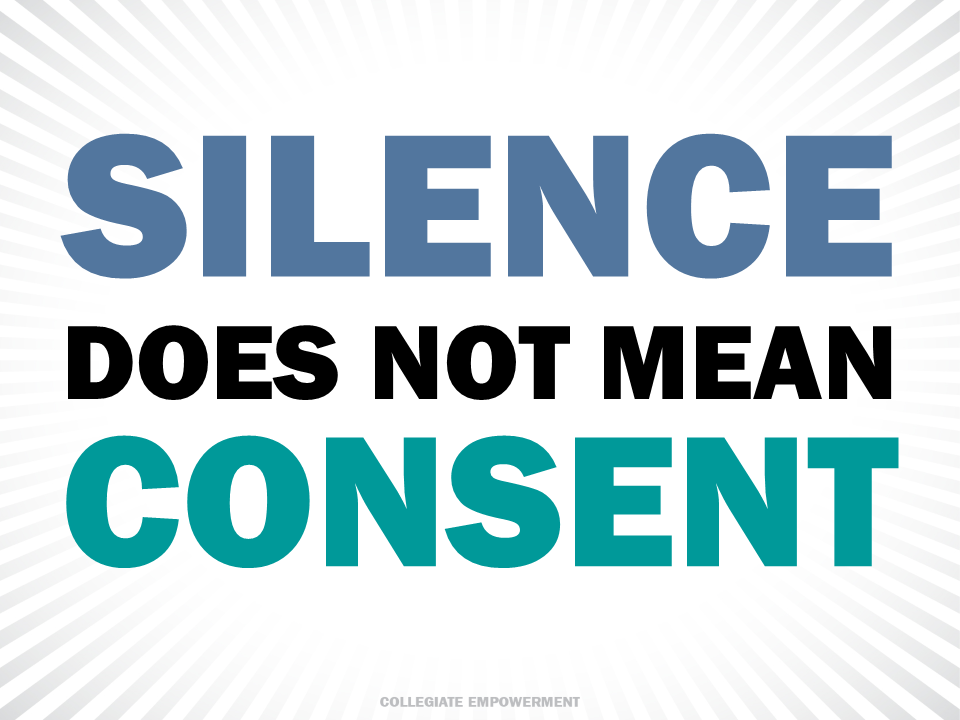 Zero Shades of Gray educates students about what consent sounds like. (Courtesy of Collegiate Empowerment)

Zero Shades of Gray was an interactive occasion encouraging audience participation and discussion. The audience played a game of word association amongst groups of four with simple words like “ice cream” building to the focus of the lecture with the word “sexual assault” to end the quick group discussion. The goal for this kind of interaction was to make everyone feel comfortable and willing to talk about the significant issue that is sexual assault.

Jacquie Keeves, assistant director of violence prevention at UMass Lowell, put this event together with that goal in mind.
“It’s [discussions about sexual violence are] absolutely vital,” Keeves said. “These [events like Zero Shades of Gray] are the fun ways to get people talking about scary topics that people shy away from. This is a great segue to start those conversations.”

The conversations that were addressed revolved around community responsibility, and discussed how rape is the most underreported crime in the United States. Zero Shades of Gray encourages everyone to be an upstander rather than a bystander.

“I think it’s important that we all feel like we’re in it together and that nobody’s being blamed,” said senior economics major Danielle Pollack.

The lecture had one present message throughout: that sexual assault is a black and white issue. A change in our culture was stressed from a culture that blames victims and tells them “don’t get raped” to a culture that is more supportive and tells everyone “DON’T RAPE.”

“We need to not only address rape culture, but there needs to be serious consequences, and we need to hold people accountable for their actions,” said junior English major Ely Saintius.

What was most staggering for many students in attendance was the statistics involving sexual violence. One out of every five women are sexually assaulted in college, and one out of every 16 men are sexually assaulted in college. One half of assaults involve alcohol.
The most critical point of these statistics and to give vital action to preventing sexual assault is seeing what consent looks like.

An exaggerated video of a young couple calling their lawyers to determine what is suitable for their time together was shown to much response and laughter from the audience. What was important about this comedic skit was to show how important consent is and how crucial it is to get consent from both parties.

Zero Shades of Gray not only wants to focus on the statistics of sexual assault on campus, but they also aim to start a discussion on an important social issue and demonstrate the actions that a community needs to take to help survivors and prevent anyone else from becoming a victim.

“We know sexual violence happens on a college campus. We know it happens in a larger world,” said Keeves. “We also know it’s something people shy away from talking about, so bringing people in a larger crowd is easier to give them a resource to talk about these things.”