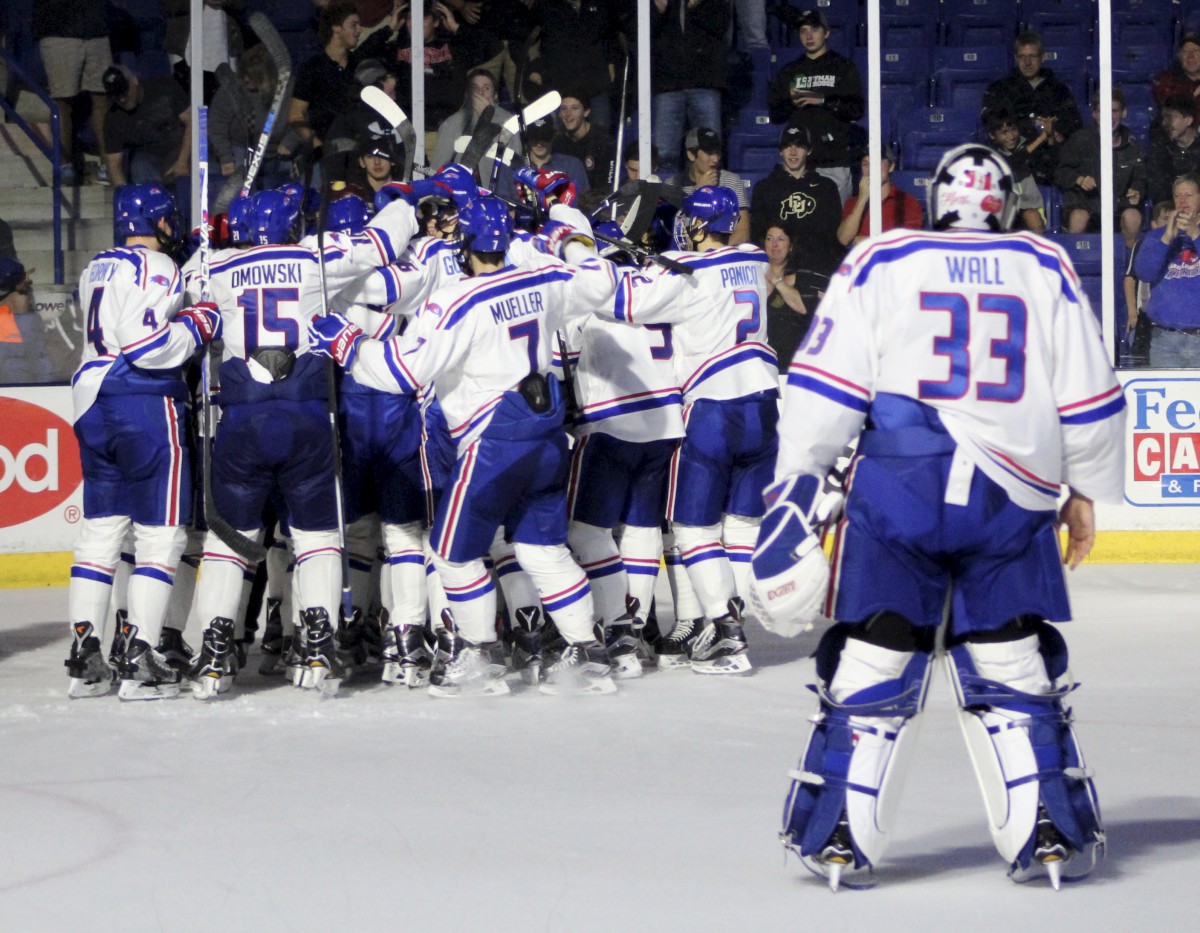 The UMass Lowell men’s hockey team started its season with three banners being sent to the rafters honoring last year’s accomplishments, yet it is largely uncertain how this season will end.

After losing key players such as C.J. Smith, Dylan Zink and Joe Gambardella to graduation or professional hockey, the River Hawks find themselves at a difficult position: with the standard set so high after winning the Hockey East championship and making it to the National Collegiate Athletic Association (NCAA) Regional Finals last year, can the scrappy underclassmen and refined seniors steer Lowell to more gold?

Conference-wise, UMass Lowell was picked to finish second in the coaches’ poll behind adversary Boston University. Despite acquiring five first-place votes compared to Boston University’s two, the Terriers edged the River Hawks by two points to take the preseason crown. Head coach Norm Bazin, true to form, was nonplussed by this.

“I honestly forgot about the preseason stuff,” said Bazin. “I don’t put too much thought into it. You know I think those are driven by media trying to create excitement for the winter.”

The media did not need to try too hard to drum up excitement; after both winning and losing big, eyes are on UMass Lowell to deliver after a most impressive season. Helped by the at-times heroic performance of freshman goaltender Tyler Wall, the River Hawks skated to a 27-11-3 overall record.

And as last year’s freshmen largely impressed, Bazin likewise thinks that this year’s crop of new players bring an elevated skill level to UMass Lowell hockey and a much-needed asset: size. Though he acknowledges that some of them may need more time to adjust to the college game, Bazin says that is not necessarily a bad thing.

“You just have to let things emerge and let them get experience and see where chips fall,” he said.

There is no better time to get them some experience than the beginning of the season. The River Hawks started their season with a home-and-home against Hockey East foe the University of New Hampshire, and after two weekends of nonconference play, will be embroiled in a nonstop grind of Hockey East play until Thanksgiving.

This will be a crucial stretch for the River Hawks, and it will be essential for the team to be firing on all cylinders for each and every game. Early slipups may seem inconsequential in such a long season, but considering the elite level of play across the conference, the River Hawks will need to stay sharp lest they fall too far behind.

Bazin, predictably, is mum on whether he anticipates some opponents more than others. “For me the next opponent is what I’m most excited about… you’re coaching more now where every game […] counts exactly the same,” said Bazin.

With the standard being set so high by last year’s class, the 2017-18 squad will need to power through their opponents with what they have got. Offense is desperately needed with the absence of Smith and Gambardella; the sophomore line of Kenny Hausinger, Colin O’Neill and Ryan Lohin showed great promise last season but will have to come into their own quickly to continue last year’s momentum.

As with any team in transition, the beginning of this season will likely be fraught with issues, whether they be pesky losing streaks, lack of coordination on the ice and failure to capitalize on scoring chances. But Bazin has made a career out of crafting superstars from the most unassuming of players and this year will surely be no different.