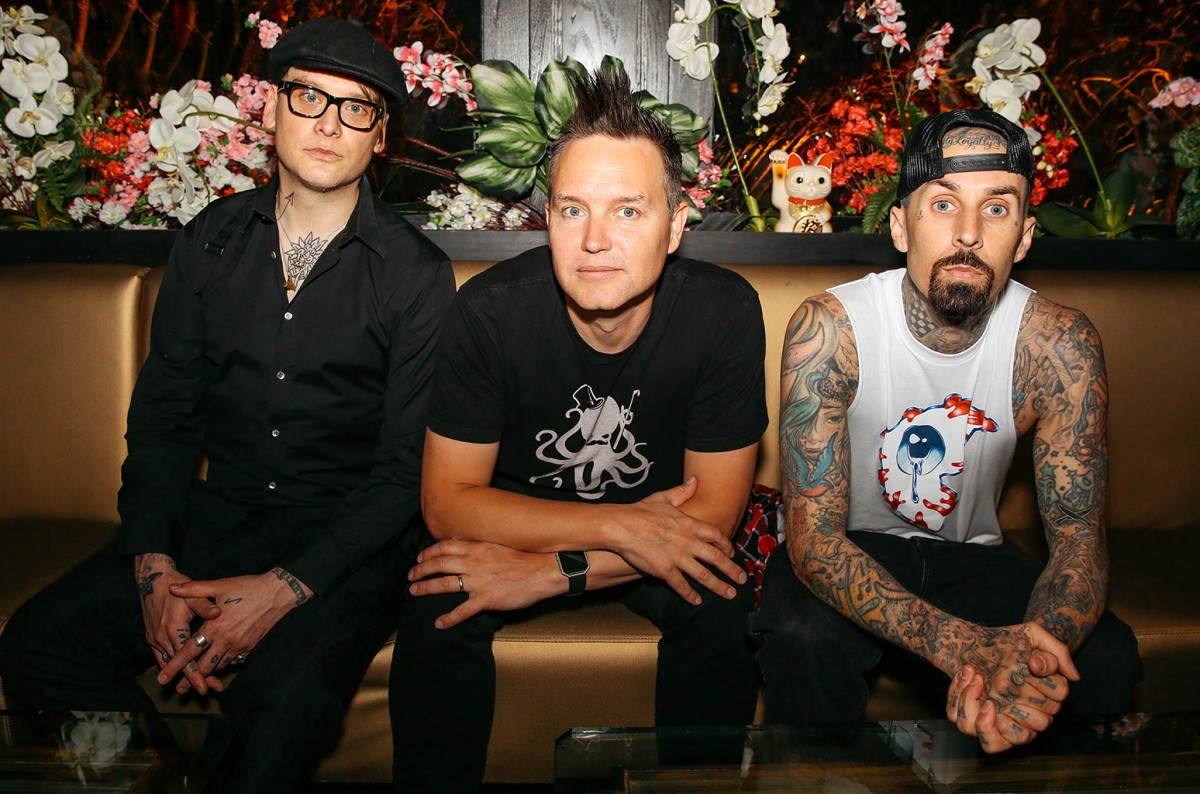 After the colossal failure of Blink-182’s “California” in 2016, the anticipation of “Nine,” Blink’s ninth studio album, was met with little fanfare.

“Nine,” which was released on Sept. 20, has surprised fans and critics alike, as the band was seen as finished once longtime front man Tom Delonge exited the band in 2015, replaced by Alkaline Trio vocalist Matt Skiba.

In an age where pop punk and punk rock is banking on nostalgia to sell tickets (see Weezer, Fall Out Boy and Green Day’s “Hella Mega Tour”), Blink’s “Nine” is an adventurous take on a genre of music that has not been as popular since the mid 2000s, and even before the release of the album, Blink was touring with rapper Lil Wayne, a sign that Blink is evolving and venturing into other genres of music in order to reach out and connect with more fans that would not typically listen to their brand of music.

“Nine” features a return to prominence for the band, as songs such as “I Miss You” and “Feeling This,” capture the anxious, lovelorn and incredibly singable tone that peak Blink-182 has been known for.

Twenty years removed from “Enema of the State,” “Nine” is a great call back to what Blink has been, all while adding in a darker and serious tone to a band that many feared was growing stale.

“Enema of the State” and its similar followup “Take Off Your Pants and Jacket” were nearly perfect for what they were — polished, simple, ultra-catchy pop punk — but when Blink-182 proved themselves as higher-brow artists on 2003’s darker and far more experimental untitled album, they cemented their legacy as an act who could grow with their fans, who could master pop music and then transcend it. Blink-182 making their untitled album was a shift like The Beatles making “Sgt. Pepper’s” or Beyonce making “Lemonade”; there is just something about insanely popular tween-friendly pop artists making “difficult” records that music nerds cannot stop going nuts for, and it almost always seems to result in longevity. Where “California” failed, whether that be in sound, album cover (has anyone seen it? It might be the worst looking album cover ever) or trying to recapture a style they made a decade earlier, “Nine” succeeds, and proved that Blink is one of those bands that can learn from their past mistakes and improve.

The main concept of the album is more aggressive and embodies a spirit of “anything goes,” as evidenced by the emotion that seems to pour out of each song.

Drummer Travis Barker, who is hands down the best mainstream rock drummer of the past 20 years, often seemed like he was holding back on “California,” but on “Nine” it sounds like he is having fun again. Some of the album’s best moments are driven by him, like when he flirts with elements of breakbeat and trip-hop on “Run Away” and “Black Rain,” or when “No Heart To Speak Of” ends with some minimal eerie piano and a drum solo that really earns its place in the song. Skiba sounds like he has finally figured out how to have his own voice in Blink, especially on the post-punk leaning “Darkside,” on the very Alkaline Trio-sounding “Black Rain,” and with his post-hardcore roar on “No Heart To Speak Of.”

Some of the breakup songs here are positively nuanced, like “Hungover You,” which unfolds into a portrait of two codependent alcoholics (The chorus goes too hard, but Skiba’s delicate pre-chorus is a balm). It is “Blame It On My Youth,” though, that tackles the enema in the room: Blink’s annoying and self-important years.

There are some clunkers too; the downside of the anything-goes approach is that it also allowed the band to try out some ideas that would have been better left on the chopping block, like the empty, Imagine Dragons-style arena rock of “Blame It On My Youth,” or the ultra glossy pop of “I Really Wish I Hated You,” which genuinely sounds like it would have been better suited for the new Taylor Swift album.

“Nine” also has a few lyrical faux pas — not that Blink-182 were ever the most profound lyricists or anything, but it is hard not to wince at hearing a lifelong professional musician in his 40s sing some high school pop punk poetry like “she’s a girl dressed in black from another world” — though for the most part Nine‘s lyricism — which often takes on current socio-political issues — is a noticeable step above “California.”

While this is not the best Blink-182 album of all time, it is such an improvement over their last album and succeeds in providing fans a glimpse of their past and their bright future.