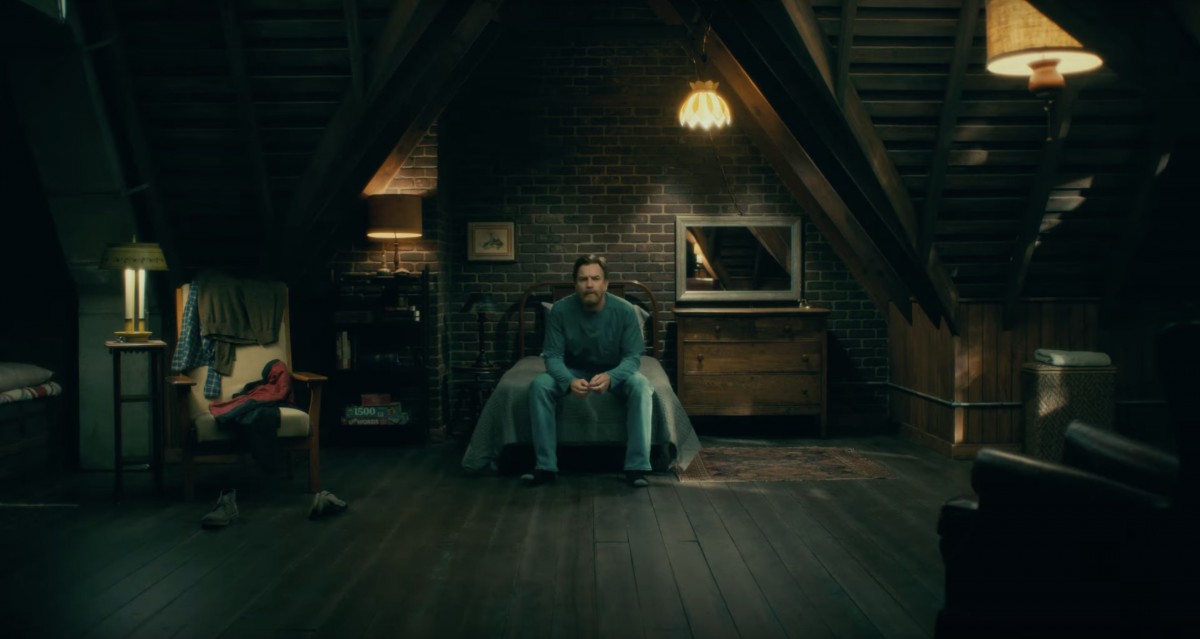 “Doctor Sleep” opened to only $14 million in the box office, after being expected to open to $25 to $30 million, making it a box office bomb. (Photo courtesy of Warner Bros. Pictures)

The film adaptation of the 2013 Stephen King novel of the same name might be one of the most disappointing films to grace the silver screen this year.

The film, directed by Mike Flanagan of “The Haunting of Hill House” fame on Netflix, tried to provide a close-to-the-novel adaptation of Stephen King’s novel, which is a direct sequel to his 1977 novel, “The Shining,” and Flanagan also recreated many of filmmaker Stanley Kubrick’s shots from Kubrick’s 1980 “The Shining” film. This is not Flanagan’s first foray into adapting King’s work; Flanagan made an adaptation of King’s short story, “Gerald’s Game,” in 2017 to fairly positive success.

“Doctor Sleep” follows the story of an older Danny Torrance (Ewan McGregor) as he tries to recover from his psychological trauma of his father losing his sanity and the horrors he faced when he lived in the Overlook Hotel, and hide his extrasensory gift called the “shine,” most notably through alcohol.

Danny, or Dan as he now prefers to be called, reaches rock bottom when he takes money from a single mother with whom he just had a coke-addled one-night stand, so he jumps a bus to New Hampshire, where he tries to find stability, joins Alcoholics Anonymous and makes a friend named Billy (Cliff Curtis), before getting a job at a hospice, where his shining power allows him to help people on the edge of death cross over, earning him the moniker of “Doctor Sleep.”

While in New Hampshire, Dan’s hope for a peaceful existence soon becomes shattered when he meets Abra, (Kyleigh Curran) a teen who shares his gift of the shine. Together, they form an unlikely alliance to battle the True Knot, a cult whose members try to feed off the shine of innocents to become immortal, led by Rose the Hat (Rebecca Ferguson).

Even with the exciting prospect of the intricate plot, the whole movie is jumbled and nonsensical, as Flanagan tried too hard to stay true to the roots of King’s novel and Kubrick’s film, both of which are substantially different. It is almost as if Flanagan could not decide what he wanted to do with the film, and it resulted in a mess of blended stories, plot holes and a waste of time.

Part of this jumbling might actually be Flanagan’s insistence to keep the integrity of King’s novel, which was itself a jumbled mess of cringey interactions and King’s determination to add a more concrete antagonist, the psychic, soul-sucking, vampire-esque True Knot cult members, which is as ridiculous as it sounds. The film would probably work better as a miniseries instead of a feature length film.

In fact, the most entertaining thing about this movie might be what Kubrick would think of Flanagan’s “fan service.” While Hollywood has been on its nostalgia kick for some time now, there was no need for Flanagan to constantly reference Kubrick’s film, and even if he felt the need to reference it, why recreate the shots that Kubrick masterfully pulled off, and with lookalike actors at that? This sort of imitation is unnecessary and comes across as incredibly lazy. The quantity of flashbacks also bogs the film down, and too much of the film’s 152 minutes is spent on Kubrick’s film instead of strengthening the actual story.

The acting from Ferguson, McGregor and newcomer Curran were the saving graces of the movie. Curran’s portrayal of the clairvoyant Abra was phenomenal, and Ferguson’s portrayal of Rose the Hat was her best on-screen performance to date. While Abra had some great material from the novel, Rose the Hat was rather thin — a great testament to how Flanagan was able to coax a wonderfully terrifying performance from Ferguson.

The soundtrack of the film is fine — there is nothing especially eerie or horrifying about the tracks, and the scares are, at best, below average. It would even be more accurate to say that the “scares” are not even scary; they are more often either funny or downright loony. For Flanagan, who has worked extensively in the horror genre, fans are left disappointed because they know that Flanagan has the ability to scare the pants off anyone.

When not ripping off Kubrick’s cinematographic shots, Flanagan does show excellent work with lighting and camera angles. If there was more of this, the film would feel more like Flanagan’s own instead of an homage to Kubrick.

There are many scenes that fall flat which had the potential to be powerful, too. In what could have been a great moment of character development — Dan coming to face the problems of his murderous father’s past — are incredibly poor and lacking any substance. Even within scenes, the dialogue can be stilted or even plain stupid and inauthentic.

For fans of King, the movie still might be something to go see, but maybe those fans should wait until the movie gets released on a streaming service down the road. The movie itself is fine, and the acting is actually decent given the absurdity of the script, but the film loses so many points for trying to be “The Shining 2.0” instead of telling the story of “Doctor Sleep.”