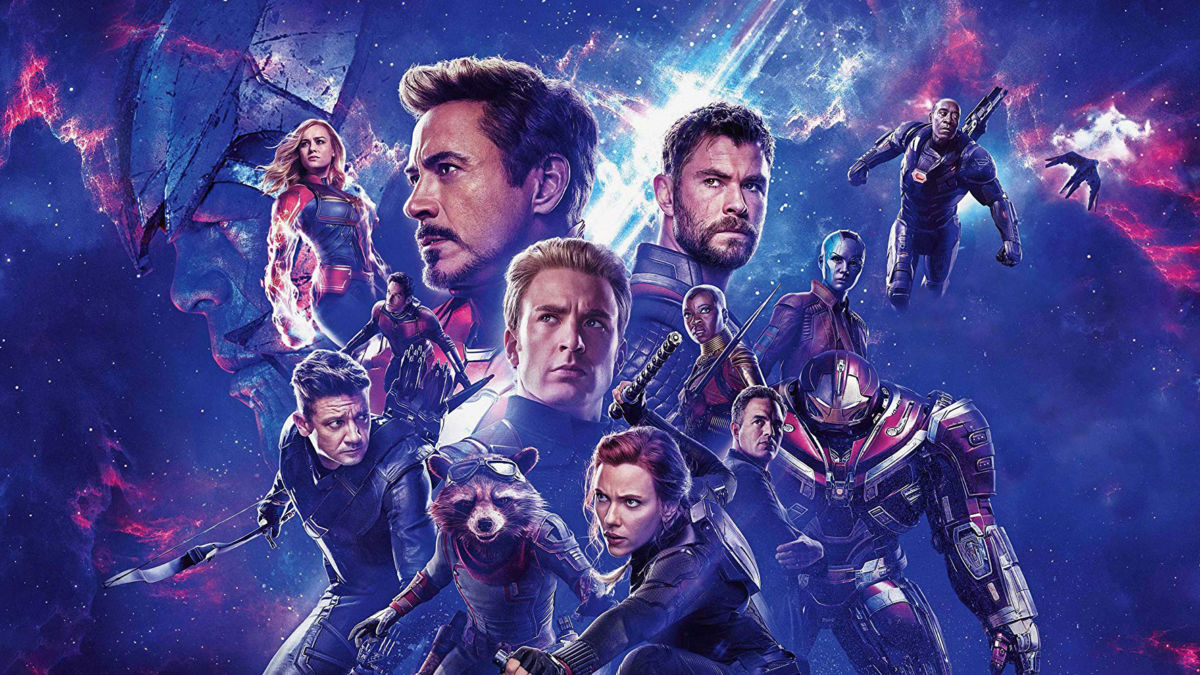 10: Aladdin – While the live action remakes of Disney animated classics may be a bit creatively bankrupt, “Aladdin” stands out among the pack not just for simply being one of the best classics to draw from, but also for a fantastic Princess Jasmine in Naomi Scott, as well as a constantly charming and entertaining Genie in Will Smith. While the movie does not strike any truly new ground, it is a constantly fun and entertaining ride. B-

9: Crawl – While many horror movies seem to take themselves too seriously or go all out over the top, “Crawl” provides a breath of fresh air in its short length, its light tone, its small scale, and its intentional B-movie vibe. It is not a technically amazing movie, the low budget makes itself very clear and the story is extremely contrived, but in knowing what it is supposed to be, it thrives. B

8: Spider-Man: Far from Home – Although hindered by a slow and at time tedious first act, the second half of “Spider-Man: Far from Home” is one of the best products of the MCU to date. It is a wild, relentless, at times even trippy ride, that deftly juggles the vast superhero globe-trotting adventure with a personal coming of age story. B+

7: Booksmart – The teenage coming of age drama is long overdone, the themes are tired, and the characters are usually mostly annoying, but “Booksmart” thrives on a super likable and hilarious duo in a not entirely unique, but still distinctive enough way to make it thrive. It is an emotional rollercoaster with extremely well-developed characters, and a must-watch for any fans of coming of age dramas. A-

6: Ready or Not – While this movie looks like it should have been the worst thing ever made, the tongue in cheek tone throughout the movie makes “Ready or Not” an experience. The plot seems stupid, but each actor’s devotion to showing that the movie is intentionally ridiculous sells the movie. Each moment feels more over the top and crazier than the last, especially the wild ending, but it does so in a way that makes it shine. A-

5: Good Boys – “Good Boys” is probably the funniest movie released this summer. Each of the child actors are truly golden and play amazingly well off each other, and the mixture of children with adult themes, while potentially uncomfortable to some, was absolutely hilarious. Every single scene stole the show. A

4: Long Shot – While “Good Boys” may be a tad bit funnier, “Long Shot” fires on all angles of plot, character, and relationships in a way that just truly works through and through. Seth Rogen can be overly raunchy to a fault at points, but when he focuses on a theme, he delivers through and through. The political angle but decreased raunchy factor makes this almost feel like the mature cousin of “The Interview,” and it is an absolute must watch for comedy fans. A

3: Toy Story 4 – For all intents and purposes, the “Toy Story” franchise feels like it should have ended at “Toy Story 3.” However, what looked like a cheap sell out at first proved itself to be a worthy entry in the series, in focusing more on the character arcs of the toys in a way that felt emotionally satisfying and almost as an even better ending to the franchise than the third film was. A+

2: Rocketman – Even for people who may not care about Elton John, “Rocketman” is just about the most enjoyable movie of the summer. It thoughtfully and respectfully analyzes both the highs and lows of Elton John’s life, in a way that is both emotionally devastating and truly happy. It is a euphoric experience that blends in his music to extreme success. A+

1: Avengers: Endgame – “Endgame” is messy at times, the timelines do not always make sense, it is a bit long, and in a sense, it should not work. But in the end, it delivers the most emotionally satisfying conclusion to the Infinity Saga imaginable, and it is an absolute triumph that they managed to wrap it all up in a way that feels both a bit surprising at times and emotionally satisfying, without losing sight of what it is. “Rocketman” may have a few less flaws, but Endgame is a cinematic triumph not just for what it is on its own, but for what it managed to do for the franchise. A+