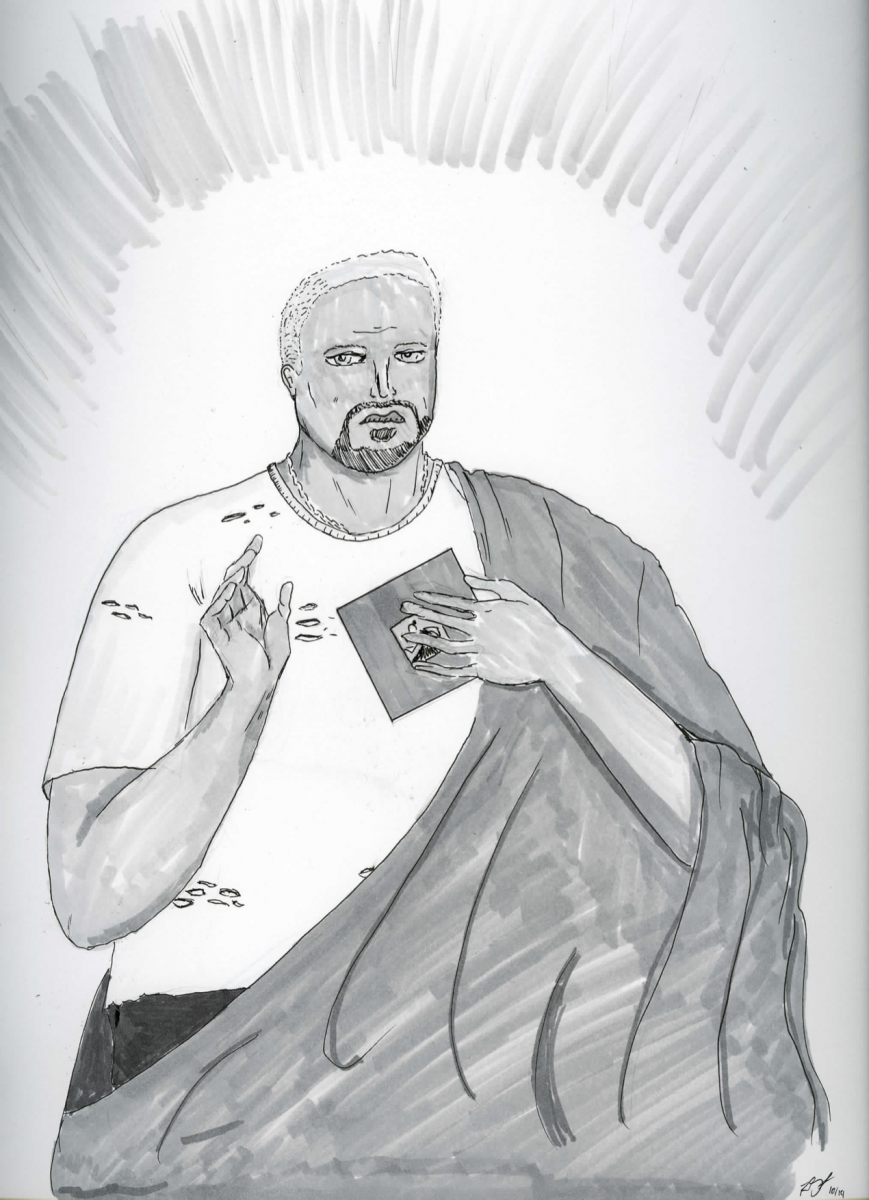 “Jesus is King” is Kanye’s ninth album and faced a year of delays and reworks. (Courtesy of Robert Saquet)

To the surprise of pretty much everyone, Kanye West has finally dropped his much anticipated “Jesus is King” album, after many a rumor and delays. The album itself is distinctly different than West’s standard affair, easily his most unique LP, even for an artist who shakes up his formula every album.

Heavily consisting of gospel, or rather, Kanye’s own form of gospel, this album seemed to break almost all of his previous standard conventions. This album may also turn out to be a mark of a new era for the rapper. According to Andrew Barber, founder of Fake Shore Drive, a media company specializing in the Chicago hip-hop scene, a statement was held at a listening event in September. There, Kanye formally announced that he will no longer be making secular music, rather, he would focus his energy entirely on gospel music. When looking at West’s activity during 2019, especially the service he held at Coachella, and going so far as to actually file a trademark for merchandising rights on the phrase “Sunday Service,” this should come as no surprise. This spiritual awakening of his could very well be a result of many factors, including his diagnosis of bipolar disorder the year prior, his controversial meeting with President Trump and his dissatisfaction of how his album “Yandhi,” originally scheduled to come out in November of 2018, turned out.

Well, what does this all mean for Ye’s fans? Christianity and faith have always been a strong theme in Kanye’s work, dating back from the beginning of his mainstream career. The fourth single he released off of his first studio album “The College Dropout” was called “Jesus Walks,” which went as far as to sample, fittingly enough, “Walk with Me,” an actual gospel song. This shift in genre is just more or less Kanye putting more creative emphasis into a different style. Even though “Jesus is King” is different, it still has that flavor of music that only Kanye can provide.

However, Kanye’s vices are just as prominent in his music as his devotion to the lord is. Sex is easily the most apparent example, with strong, suggestive lyrics that are littered throughout his previous albums.

In recent years, according to an interview done by Beat’s 1, it seems that he has turned over a new leaf in this regard but has gone into a bit more detail about his experiences with it.

“That was such a script out of a rock star’s life,” West said. “You know that Playboy that I found when I was five years old was written all over the moment when I was at the MTV awards with the Timberlands, the Balmain jeans… before people was rocking Balmain jeans, and the Hennessy bottle. My mom had passed a year before, and I said some people drown themselves in drugs, and I drown myself in my addiction: sex.”

In the very same interview, Kanye made a comment about his displeasure for sex, even going so far as to request those working on “Jesus is King” to uphold that moral standard.

“There were times where I was asking people to not have premarital sex while they were working,” West said.

Though Ye seems to have polarized his fanbase with this decision, he seems adamant and passionate on the matter. Although, judging by his notoriously late album releases, he is not one to be trusted when it comes to promises, but that tardiness could always just be the perfectionist instinct that many artists have with their work.