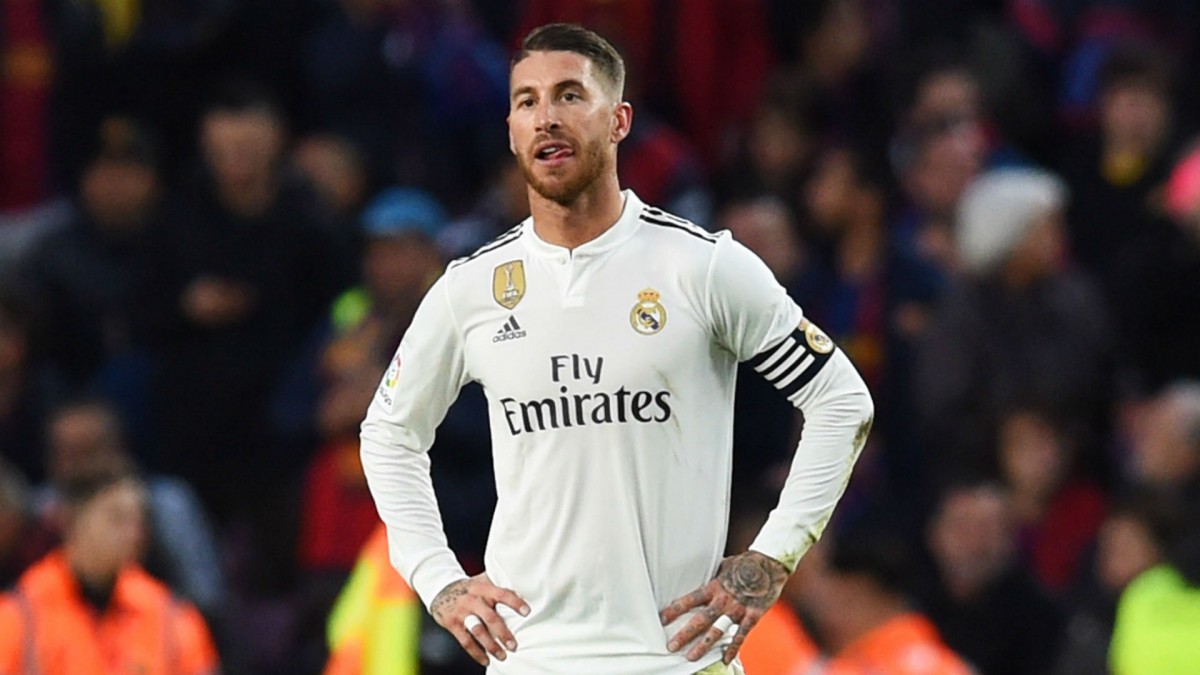 Carlos Henrqiue Casimiro [Casemiro], defensive midfielder for Madrid and three-time UEFA Champions League winner with the club, recently cancelled his Disney World vacation plans with his daughter after a crushing 7-3 loss to city-rival, Atletico Madrid, in a preseason matchup in order to better prepare for the season.

You should have visited the mouse.

Casemiro, his daughter and anyone else on the Madrid Los Merengues squad should have went on the trip because the preparation in the offseason has not paved out.

The 33-time La Liga Champions sit two points behind arch-rivals F.C Barcelona, the Catalans, in the current domestic league standings in Spain after a wild weekend of play.

Barcelona, led by six-time Ballon d’Or winner Lionel Messi, trashed relegation-battlers SD Eibar, 5-0, with four goals from the Argentinian. Los Merengues, on the other hand, would fall victim to hosts, Levante UD, 1-0, with a late winner from the underdogs.

Soccer icon and Head Coach Zinedine Zidane’s squad are 1-2-1 in their last four matches in all competitions.

After a summer spending spree of over 300 million euros for the nation’s capital and devastating injuries to key players for their rivals, Casemiro and company should be clear favorites to lift the domestic league trophy for an unparalleled thirty-forth time.

Uruguayan striker Luis Suarez and French winger, Ousamene Dembele, are not expected to return this season for Barcelona. With huge blows to the starting lineup, the Catalans should be the ones struggling in week-to-week play while Madrid flourishes with their expensive bench.

With the additions of Eden Hazard, James Rodriguez, Luka Jovic, Eder Militao, Rodrygo, Ferland Mendy and more, Los Merengues still find themselves in second place struggling to match the offensive juggernaut that is Lionel Messi. Barcelona have a plus-33 goal advantage in La Liga, edging out Madrid’s plus-29. While Madrid are clearly the better defensive team, 17 goals compared to the Catalan’s 29, Messi’s squad has scored over 60 goals in 25 games in contrast to Los Mergengues’ 46.

Zidane’s team has had tremendous success in the prestigious Champions League but have only won two domestic leagues in the last ten seasons.

Now two years removed from the departure of five-time Ballon d’Or winner Cristiano Ronaldo, the 2019-2020 La Liga campaign was the most prepared Real Madrid squad in recent memory. With new additions and Barcelona injuries (and disappointing performances from Atletico Madrid),

Real Madrid were three points clear of Messi and company two weeks ago but now find themselves looking up in the league table.

Losing to lowly Levante (with possibly one eye on their Champions League mid-week game with Manchester City) and tying fellow regulation-battlers Celta Vigo are unacceptable results for Casemiro and company. Nevertheless, they have no one to blame but themselves.

Madrid should still be favored to come out on top of La Liga, as injury-stricken Barcelona struggles with depth. But how can a Madrilista be convinced if Los Merengues cannot display quality performances week-in and week-out? Zidane will have to figure out how to get his squad playing with more consistency and scoring more goals without the former PFA Men’s Player’s Player of the Year winner, Eden Hazard.

As if losing the three points was not bad enough for Madrid this past weekend, Hazard, who had just returned from an injury layoff of nearly three months after suffering a micro fracture in his right ankle in November, suffered a right fibula fracture.

The Belgian superstar is set to miss the pivotal first-leg Champions League matchup this week against Manchester City and their El Clasico clash with Barcelona next weekend.

Injuries or not, the self-proclaimed (as any top-five club would say) biggest club in the world should be prepared for moments like these. Disney-cancelling Casemiro and team-captain Sergio Ramos should be able to lead this squad with a next man up mentality.

Placing third in the previous season finishing 19 points behind La Liga winners Barcelona, Zidane spent much of the preseason talking about a new focus on domestic success for this new campaign. A focus and effort that has not come to fruition.French striker Karim Benzema has had a solid campaign for Madrid logging 13 goals and six assists in domestic league play, but he needs help. Players like Jovic, Bale, James, Viniscious Jr., Rodyrgo, Lucas Vasquez and more need to step up.

It is embarrassing for the club not to be in first place of La Liga by multiple games—let alone trail Messi.