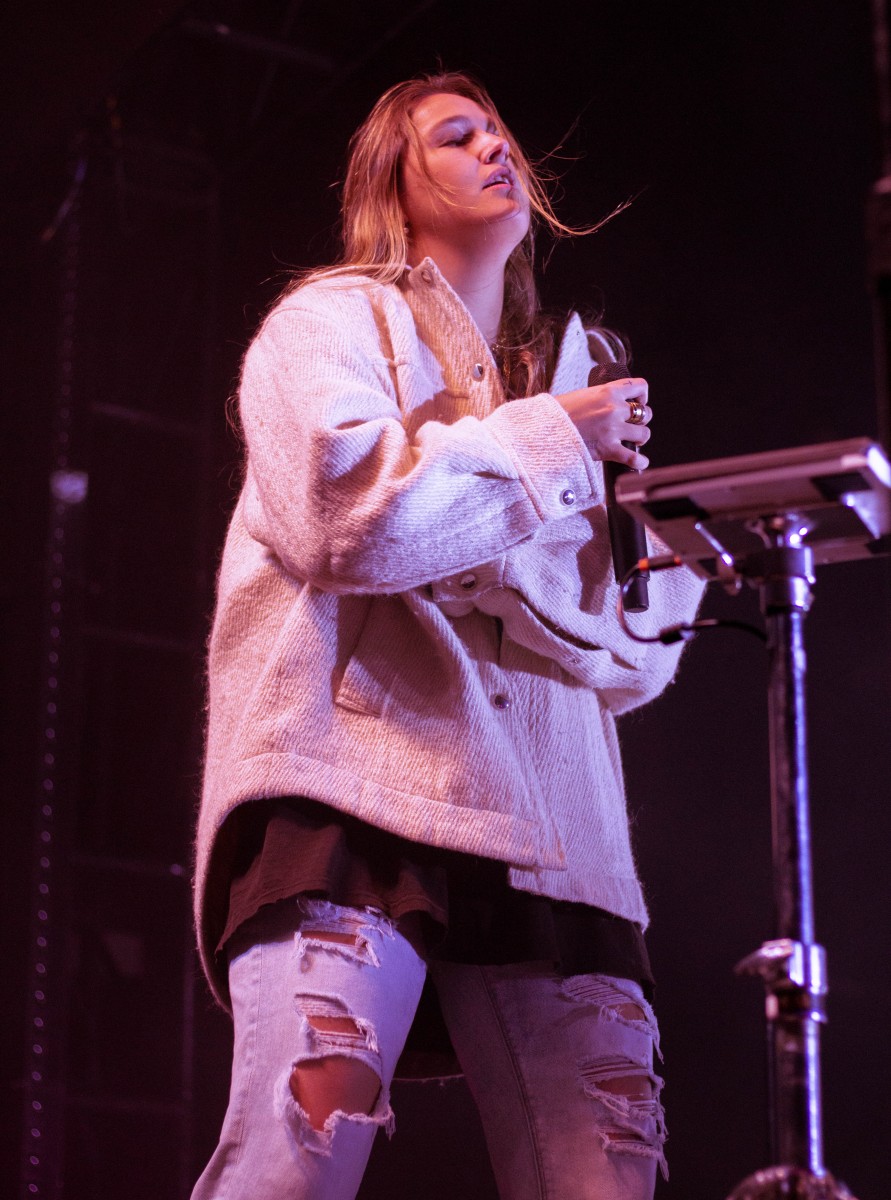 Chelsea Cutler played at the Boston House of Blues on February 28, 2020. (Photo courtesy of Christina Laderoute)

Hailing from Westport, Connecticut, Chelsea Cutler, an Amherst College alumnus, brought the house down this past weekend at the House of Blues in Boston. Playing two back-to-back sold out shows, Cutler amassed an audience that exuded otherworldly excitement.

Although the show wasn’t set to start until nine at night, fans were lined up outside in below freezing weather down Lansdowne street hours prior to the 7:30pm opening of the doors.

Lights went down at 9:00pm for the second of two shows on the How to Be Human tour and Cutler’s first opening act, X Lovers took the stage. The pop duo got the crowd warmed up and dancing with songs such as “Cut My Lip,” “Play Your Game,” and a cover of Natasha Bedingfields, “Unwritten.”

The second opener of the night, Alexander 23, went on at 9:45pm and played some of their most popular songs including “The Internet,” “Another Summer Night Without You,” along with a cover of “Party in the U.S.A.” by Miley Cyrus.

Cutler’s performance began at 10:30pm and she opened her set with her song “Are You Listening.” Her stage presence perfectly matched the energy that her songs encapsulate. Bouncing around the stage, jumping off risers, and dancing around, Cutler utilized every inch of stage possible.

After her first song she had a request for the audience.

“We ask that we make this a safe place for us all to be unapologetic. We ask that you look to your left and to your right, smile at somebody, make a friend.”

With this, everyone in the crowd turned to a neighbor and shared a priceless interaction.

Decked out in an oversized “KISS” t-shirt, ripped jeans, white vans, and surrounded by an arc of LED light screens, Cutler and her band, a drummer and a guitarist, led three floors full of people in song. A crowd full of all types of people, from all walks of life, and all different ages, danced like no one was watching and sang at the top of their lungs. The volume that was emitted from the audience was almost as loud as Cutler’s voice over the sound system.

Lights of purple, green, blue, and white bounced off the audience, illuminated by smoke.

Cutler played the title track of her newest album, which is also the name of her tour, “How to Be Human” and the chorus of voices echoed through the whole building. Cutler’s stage presence is undeniable as she gestures to the audience, reaches out to them, and holds her microphone to the crowd so they can sing.

During “NJ,” Cutler asks the audience to get out their flashlights. 2500 lights went up and the music got soft. The slow song made for an intimate moment for all in attendance.

With an hour long set of catchy, bass heavy, dancing tunes, Cutler said “goodnight” and left the stage. Met with a roar of screams and pleas from the audience, Cutler came out one last night for an encore performance with the songs “Lucky,” “Mr. Brightside” by The Killers, and “Your Shirt.

After the show was officially done, concert-goers poured out into the street with photos and videos on their phones of an incredible night at the House of Blues.