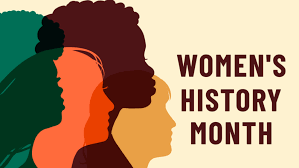 Women’s History Month honors the contributions and achievements from women of various backgrounds. The celebration was sparked by a week-long celebration called “Women’s History Week” in 1978. The event took place in California and was created by the Education Task Force of Sonoma County, California, Commission on The Status of Women.

The week-long celebration was started in reaction to the little knowledge that the American school system and society had about women’s history. Women’s History Week received positive reactions from several schools and communities. Soon after, they planned to participate in the celebration by hosting activities and establishing unique programs. By the week’s end, there was a parade in downtown Santa Rosa, California.

In 1979, Molly Murphy MacGregor, who was part of the Sonoma County Commission and planned Women’s History Month, received an invitation from Sarah Lawrence College to attend the Women’s History Institute. MacGregor’s appearance led her to meet organizations and people that supported her idea.

Before Women’s History Month became a national celebration, women helped build society in several ways with their leadership, ideas and work in different fields. Women such as Marjorie Stewart Joyner and Marilyn Hamilton invented things that were meant to improve the quality of life for women. What inspired them was their urgency for better products.

Joyner was an African American educator and hairstylist who invented a hair waving machine. Her objective was to produce a tool that would treat hair more efficiently. She accomplished this goal in 1928 by experimenting with varied materials.

Lowell women also made notable contributions. Women who worked in the Textile Mills published and wrote The Lowell Offering (1840-1845). Harriet Farley and Harriot F. Curtis were the magazine’s editors from 1842-1845. The Lowell Offering was a magazine that published monthly literary pieces such as poems, short stories and essays. The female workers saw writing as a way for them to document their lives and experiences in the mills.