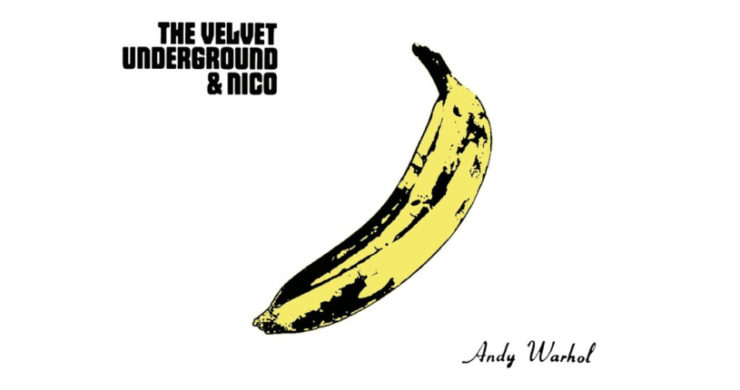 (Photo Courtesy of Verve Records) Andy Warhol was a producer for The Velvet Underground and designed the album cover.

“The Velvet Underground & Nico” is The Velvet Underground’s debut album. It was released in March of 1967 and features Lou Reed, John Cale, Sterling Morrison and Moe Tucker, with Nico as a guest singer. When the album was released, it shocked listeners with its direct, unadorned lyricism and its embrace of experimental sound. Although it was a critical and commercial failure at first, it has gone on to become one of the most influential albums of all time.

The music on this album is the perfect blend of beauty and raw energy. “Sunday Morning”, the album’s opener, is a great example of this. The feeling of waking up on a sunny day is captured impeccably well by Cale’s celesta and viola, and Reed’s gentle vocals make it all the more soothing. The song seems to literally float in the air by the time it ends.

“I’m Waiting for the Man” is about scoring drugs, and it directly juxtaposes the previous song. Its guitar, piano and drums drive the song forward with aggression. There is some beauty in Morrison’s sinewy lead, but it is more sarcastic than sweet.

The best example of this album’s unique sound is “All Tomorrow’s Parties”. Tucker’s steady bass drum and tambourine, Cale’s repetitive and frenetic piano motif and Nico’s haunting double-tracked vocals create a dark but fragile atmosphere. As a song about the troubles of finding one’s identity, it benefits tremendously from the general gloom present in the music.

Reed, the principal songwriter on the album, takes lyrics directly from the world around him and writes in a style more akin to authors like William S. Burroughs and Hubert Selby Jr. than a normal songwriter. “Heroin”, for example, captures Reed’s experiences with the drug in a direct and honest way: “I have made a big decision/ I’m gonna try to nullify my life.” The track “Venus in Furs” gets its name and its masochistic subject matter directly from a novella of the same name by Leopold von Sacher-Masoch.

The innovative sound on the album was a conscious decision. Warhol, who acted as the producer despite having no experience in the position, knew instinctively to let the band do their thing. The result was a sound characterized by Reed’s and Morrison’s energetic guitarwork, Cale’s screeching and droning viola and Tucker’s stripped-to-the-bone drumming.

It is difficult, if not impossible, to compare “The Velvet Underground & Nico” to anything else besides the band’s later albums. The Kinks’ “The Kinks Are the Village Green Preservation Society” (another famous flop upon release) comes close in terms of the level of detail in the lyrics, but it is still completely different otherwise. Instead, it is better to list the various musical genres that the album influenced including noise, punk, shoegaze, indie and garage rock.

“The Velvet Underground & Nico” is an album that could be released today and receive critical acclaim. To think that it was written and recorded in the mid-1960s is astonishing. It will forever be a classic.