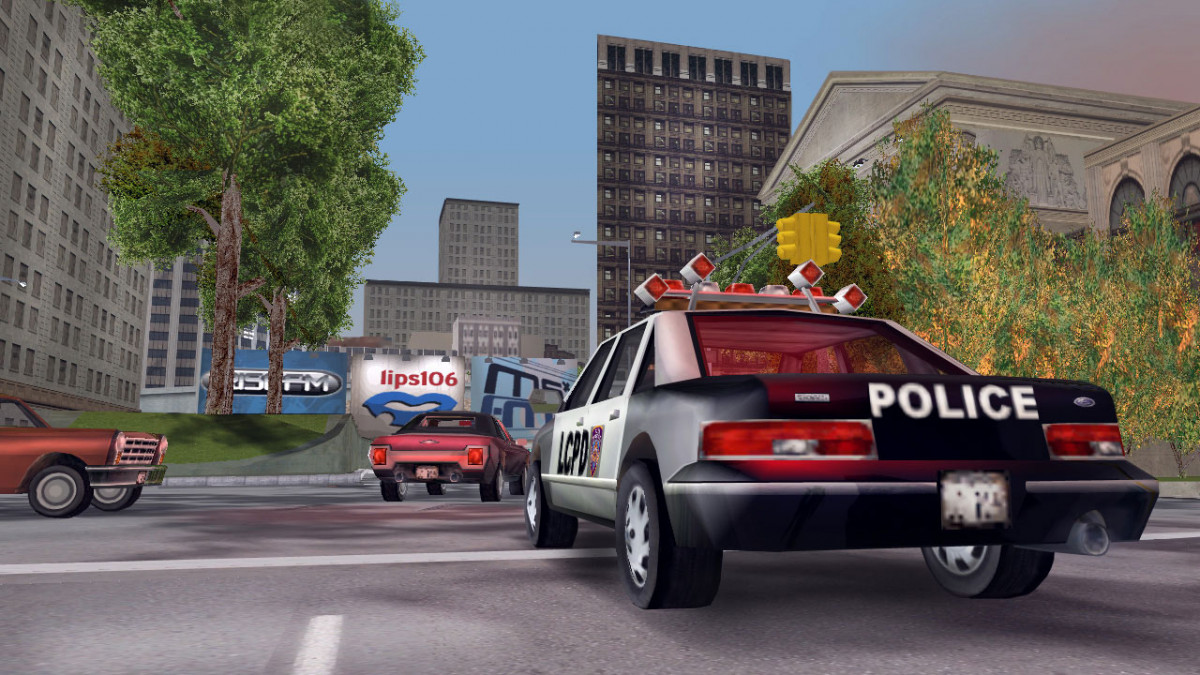 (Photo Courtesy of Rockstar Games) “Grand Theft Auto III” was originally released for PS2 on October 22, 2001. It has now been remastered for PS4.

This year, Rockstar Games is celebrating the 20th anniversary of “Grand Theft Auto III” with the release of the “Grand Theft Auto Trilogy: Definitive Edition”. To join in Rockstar’s Celebration,  here are five games in the franchise that are worth revisiting:

Despite being first released in 2013, this is still the latest entry in the GTA franchise, and perhaps the game with the second most expansive world, just behind “Grand Theft Auto: San Andreas”. Compared to “San Andreas”, the story in “GTA V” is far less compelling and only worth playing through once. However, the world itself is far more intricate and feels much less hollow than its companion.

Beyond the violent ballad of Franklin Clinton, Michael De-Santa and Trevor Philips, what makes “Grand Theft Auto V” worth playing is the vast online multiplayer attached to the game. Perhaps the game is reliant on its online features, but with the expansive world of the updated San Andreas state to explore, there is so much more to enjoy in several years’ worth of DLC content.

Released in 2008, “GTA IV” is a near foil to its successor “GTA V”. Taking place in Liberty City, “GTA IV” reinvented the Manhattan look-alike in a violent and gritty immigrant tale that practically adapts Upton Sinclair’s 1906 novel “The Jungle”, in all of its modern glory. Much like “GTA V”, the world of “GTA IV” is expansive, although a bit less diverse, as Rockstar focused much more on the intricacy of the narrative behind Niko Bellic and his cousin Roman.

This is a much more serious game, and although reliant on its modding community, the charm of “GTA IV” comes through at an even higher capacity than “GTA V’s” stock multiplayer could ever offer. As an older entry, it seems “GTA IV’s” open-source tools for PC may be difficult to troubleshoot. Though, if one manages to configure the game correctly, there are no limits to enjoying “Grand Theft Auto IV” for hours on end.

Released in 2005, Rockstar Games initially developed “GTA: LCS” to be played on PSP. However, the game was later ported to PlayStation 2 and has managed to secure high story value after all these years. In the classic setting of 1998 Liberty City, Rockstar appears to have adapted “Goodfellas” into an upbeat cartoon of a narrative that paces well through the entirety of the game. Following the character of Toni Cipriani, the player is tasked to explore the Leone Crime Family, a tribute to the Corleone Family from “The Godfather”, as the narrative reveals how this Mafia took over Liberty City by the time of the first game in GTA’s 3D universe. With a greater narrative diversity than “GTA IV”, “GTA: LCS” allows players to enjoy this game’s campaign many more times over.

Released in 2002, Rockstar’s tribute to an all-out 80s setting heavily influenced by “Scarface” and “Miami Vice” is still one of the most stylish games in the series to date. Following a deal gone wrong, the player takes command of Tommy Vercetti, a former mafioso from Liberty City who just arrived in the satirical version of Miami to take on the tropical crime elite. Especially when “Vice City” is included in the Definitive Trilogy, it is certainly worth revisiting this game not just for its action-packed and over-the-top story, but for the gameplay itself as well. With neon lights, 80s radio hits, and decade action tropes, “GTA: Vice City” is a time capsule waiting to be reopened.

When discussing replayability, there are very few games that outshine the  first in Rockstar’s 3D universe. “GTA III” has remained the most balanced and well-rounded game for its simple yet expansive revenge narrative that follows the independent Claude Speed’s 2001 journey through the original Liberty City. It is certainly one of the oldest entries, Yet, with its inclusion into the Definitive Trilogy, like “Vice City”, Rockstar has remastered “GTA III” in all its glory as it turns 20 years old. From exploring the Mafia to the Yakuza, this game is the fountain head of what this franchise is so memorable for. Not only worth playing once, “GTA III” is an open world experience that’s worth revisiting time and again.