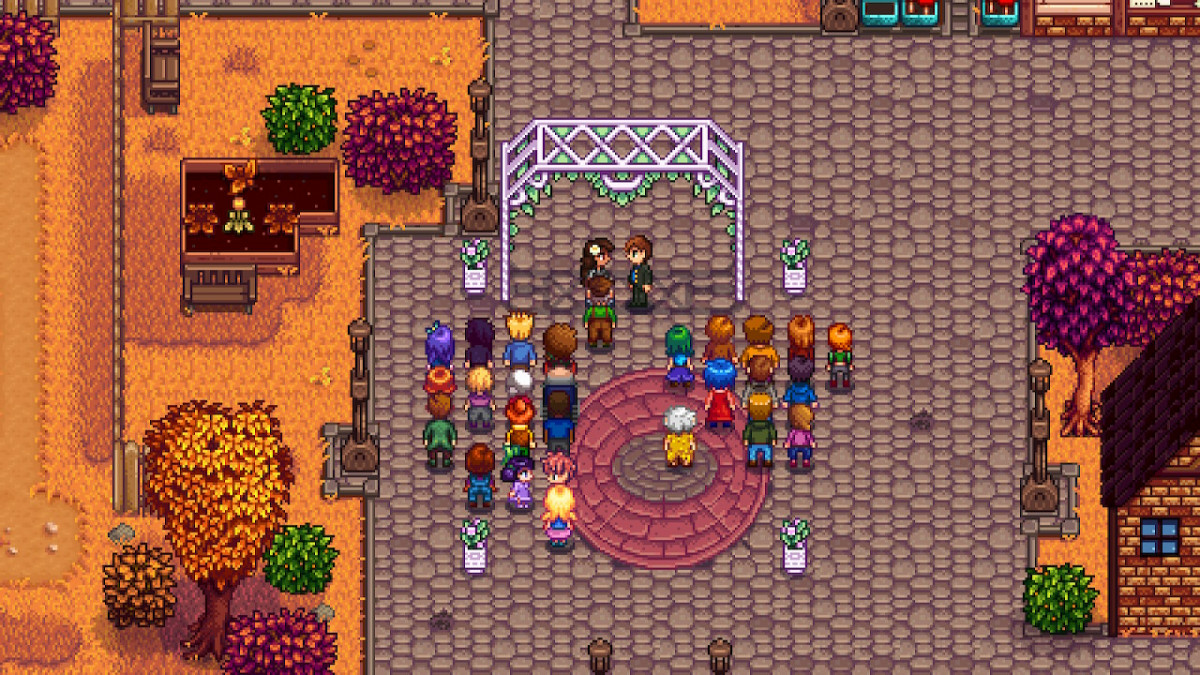 Of the many reasons to tie the knot in ConcernedApe’s “Stardew Valley,” character storylines and individual perks are usually what attract most to marriage in the open-ended RPG and hit indie game originally released in 2016.

Marriage is a useful, but optional, feature to “Stardew Valley” that allows a player to complete various heart-events in order to eventually invite an NPC to move onto their farm. Once married, the player’s partner will cook for them and assist the player with upkeep around the farm, helping them fix fences and water crops.

These are just some of the best marriage candidates in the game:

An intelligent and nerdy scientist, Maru can often be found doing research and creating gadgets at the lab in her parent’s carpentry shop or at Harvey’s clinic, working as a nurse. Maru loves strawberries and sitting outside when the weather is nice. After marriage, Maru will gift Bombs, Quality Fertilizer, Refined Quartz, Warp Totems, Fried Mushroom, and Crab Cakes.

Due to her friendly and easily approachable personality, Maru is one of the most enjoyable candidates to interact with early in the game. Maru easily has the some of the best gifts after marriage, as gifts such as Bombs and Warp Totems are useful in fighting monsters and clearing dungeons. Her other gifts are also useful in keeping energy up and preparing soil for crops.

An unhappy and antisocial villager, Shane can usually be found working his 9 to 5 at Joja Mart before stopping by the Stardrop Saloon in the evening for a cold beer. After marriage, Shane will often gift your player Pepper Poppers and Pale Ale.

Of the many reasons why Shane is one of the best marriage candidates in Stardew Valley, Shane has one of the most complex storylines and character arcs in the game. While Shane originally comes off as cold and rude, players eventually learn of his struggle with depression and alcohol dependence. Shane moved to Pelican Town to get his life back together and his soft spot for chickens and Jas, his god-daughter, makes him one of the most unassuming bachelors in the game. The Pepper Poppers he gifts are often useful for increasing speed in the dungeons and the Pale Ale also sells for a good price.

An outgoing and rebellious gamer who loves rocks and all things having to do with monsters or magic, Abigail can often be found near Pierre’s General Store or at the arcade in the Stardop Saloon. Abigail often fights with her parents over her “alternative lifestyle,” which consists of dying her hair and trying to communicate with spirits. Abigail will often gift your player Solar Essence, Void Essence, Bombs, Tom Kha Soup, and Lobster Bisque.

Because of Abigail’s outgoing personality, and her liking for quartz and amethyst, frequently found while mining, Abigail is one of the easiest characters to start a romance with. Abigail’s gifts are also among the strongest in the game, useful for crafting, clearing dungeons, and keeping health and energy up.

A bit odd and eccentric at times, Emily can often be found wandering Pelican Town or working at the Stardrop Saloon in the evenings. A friendly and outgoing villager, Emily loves to sew and has a soft spot for animals. After marriage, Emily will often gift Bean Hotpot, Cloth, Wool, and Omni Geodes.

Of the many reasons why Emily is one of the best marriage candidates in Stardew Valley, is her charming and colorful personality, which helps progress your relationship easily early on in the game. Her heart-events are fun and out-of-left-field, which make for an interesting storyline. Emily’s gifts are useful resources for crafting and farming and can also be sold for a good price.

An edgy and mysterious loner, Sebastian can usually be found in the basement of the carpenter’s shop or hanging out at the Stardrop Saloon with his best friends, Sam and Abigail. Sebastian works as a freelance programmer and spends much of his time programming, reading graphic novels, or doing maintenance on his motorcycle. After marriage, Sebastian will often gift your character Void Essence, Bat Wings, and Coffee.

Of the many reasons why Sebastian is one of the best marriage candidates in Stardew Valley, is his edgy and unique storyline. While Sebastian is originally antisocial and a bit unfriendly to those he does not know, he eventually opens up, allowing players to get to know his friendly and nerdy side. Sebastian’s gifts, such as Void Essence and Bat Wings, can also be sold or used for crafting.

While the process leading up to marriage may be time consuming, and even frustrating sometimes, the character storylines and perks, are worth it in the long run, especially when it comes to these specific characters.