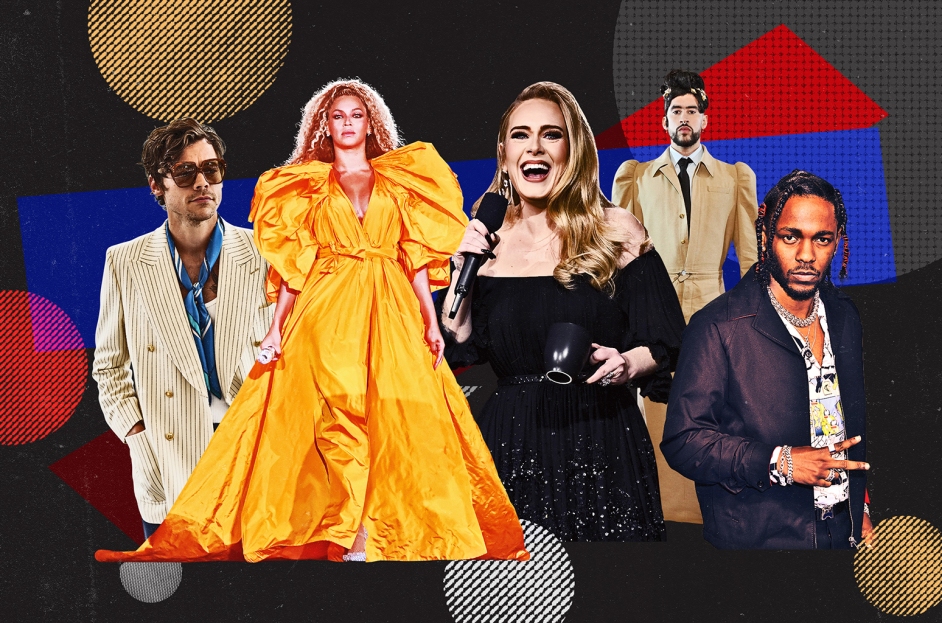 (Photo courtesy of Billboard) The nominees for album of the year have caused much discussion around the internet.

“Good Morning Gorgeous” is the biggest surprise of this year’s slate. While Mary J. Blige has transcended into icon status, this album sees her on autopilot. Very few tracks see her doing anything new or original. Instead, they fall on a mixture of her old styles and overdone, modern R&B styles. Fans of Blige will be satisfied, but as a nomination, it is unneeded.

On their first album in 40 years, ABBA does not make a claim as to why the world needed a new album. While “Voyage” is consistently decent, much of it does not show any artistic development. While this works better for the group than trying to be trend-chasing, it does not stack up against their older classics. Anyone missing ABBA will simply return to their classics.

“Mr. Morale & the Big Steppers” is the most complicated album here to rate. Every element is flawlessly executed technically, the talent involved is inarguable. However, not all technically perfect things work. Most of the songs struggle upon replay and are not particularly “enjoyable” to hear more than once. It feels intended to be this way, but for those who do not want one of the heaviest listens imaginable, “Mr. Morale & the Big Steppers” is not a pleasant experience.

“Harry’s House” sees Harry Styles at a new career peak, with “As It Was” becoming one of the biggest hits of the year. Outside of songs like “Late Night Talking” and other material clearly generated to be hits, “Harry’s House” struggles to stand out from his prior albums. Stretches of songs that are clear filler blend into one another in sonic monotony. The hits are catchy, and “Matilda” is a particular standout amongst the slower songs, but too much of the album is too bland to be notable.

Adele often goes through the motions on her newest album “30”. It takes little artistic creative risk for Adele. Some of the longer songs deliver satisfying results, particularly career standout “To Be Loved”, but the lack of creative adventure after such a long hiatus hinders “30” from reaching the peaks it could have. However, Adele on autopilot is still better than many other contemporary artists.

Coldplay – “Music of the Spheres”

Coldplay teams up with legendary producer Max Martin for the majority of “Music of the Spheres”, a full-fledged foray into electro-pop. Despite this, the moments of “Music of the Spheres” that work best are when they deviate from this the most. The ten-minute space epic “Coloratura” is perhaps the best song Coldplay has released, and the hard rock direction of “People of the Pride” is a welcome sight. The album’s lean length and excellent production carries it to being a solid project, though many of the unnamed songs lack in substance.

“Un Verano Sin Ti” is the biggest album of the year. It has generated a litany of hits, such as “Me Porto Bonito” and “Titi Me Pregunto”, all of which are excellent. Seeing an all-Spanish album win a top award at the Grammy’s would be exciting, however, this album also suffers from large bloat, which is felt throughout the album. A tighter track list could have made it the frontrunner.

To many, Lizzo’s second major label album “Special” fell under the radar, beyond its smash lead single “About Damn Time”. However, “Special” is packed with a constant showcase of what makes Lizzo so talented. Giant hits, slow-paced jams and everything in between are displayed across the well-paced album, highlighting her limitless talent. “Special” truly shows Lizzo as a generational talent.

Brandi Carlile – “In These Silent Days”

On her newest album, americana artist Brandi Carlile delivers one of the most lyrically outstanding albums of the year. She fully embraces the 70’s here, a sound her voice matches flawlessly. While casual music fans may be confused to see a less commercially impactful artist nominated, Carlile could not be a better. Penultimate song “Sinners, Saints and Fools” may be the best song of the year.

“Renaissance” is the clear standout here. Legendary artist and performer Beyonce imbues every ounce of musical ingenuity she has within “Renaissance”. She pours her heart onto the dancefloor here, delivering soaring vocals, high energy bangers and emotional vulnerability across a flawless execution of her pinnacle of artistic vision. While it may not have the outstanding lyricism that many loved about her preceding albums, “Renaissance” holds itself as a defining album of 2022 and deserves to win.