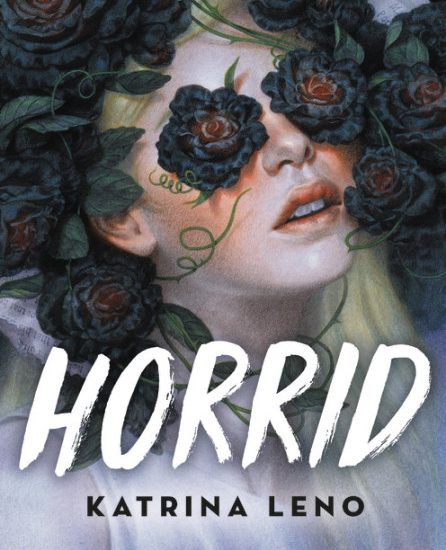 Set in Bells Hollow, Maine, this latest psychological horror novel will have readers fearing the smell of roses and leave them suspicious of what lies behind closed doors. “Horrid” by Katrina Leno takes the typical ghost story and twists the genre with a unique plot and an Agatha Christie style, which focuses on the element of surprise and unpredictable reveals which readers will appreciate with this book.

The story follows a young girl, Jane, who moves from California to her family’s manor called North Manor with her mother after her father’s death leaves them forced out of their previous home due to financial struggles. On the first day at her new high school, Jane learns that North Manor has a suspicious history and is also known as the “creep house.” Despite this new information, she refuses to let it faze her because she believes that there is nothing wrong with this new house besides it’s creepy appearance and wants a fresh start away from all of the previous trauma.

However, Jane’s efforts to ignore it are challenged when she begins to encounter some freakish occurrences while she and her mother are settling in. The incidents range from mysterious text messages she does not remember sending to unsettling creaks and movements from the locked storage room down the hall, all of which make Jane question her mental state and her mother’s past. Adding to her uneasiness, those around her refuse to even believe that anything is wrong. In the end, the novel leaves readers with many secrets unfolded and a craving for more.

What is disappointing about “Horrid” is that there are not many shocking moments that make readers gasp in surprise. The ending is a bit lackluster due to Leno’s execution of the novel’s twist. The atmosphere of the story is eerie and mysterious, but loses some of that in the conclusion. As unsurprising as the ending should be since it has the potential for a better twist, the rest of the novel’s elements make up for it.

Uniquely, the writer also incorporates a poem that her mother used to recite to her which went, “There was a little girl who had a little curl right in the middle of her forehead. And when she was good, she was very, very good, but when she was bad, she was horrid.” The disturbing nature of this poem alone fantastically set the mood for the entire story, and it was even better that Leno broke the poem up into parts throughout the book to really set the stage.

“Horrid” embraces the classic ghost story and though this is a lighter horror, it is still filled with interesting images and gripping scenes that leave readers wondering just how the story will unravel. This new young adult novel is a refreshing, modern rendition of an old and classic genre, and was released just in time for this year’s Halloween season.