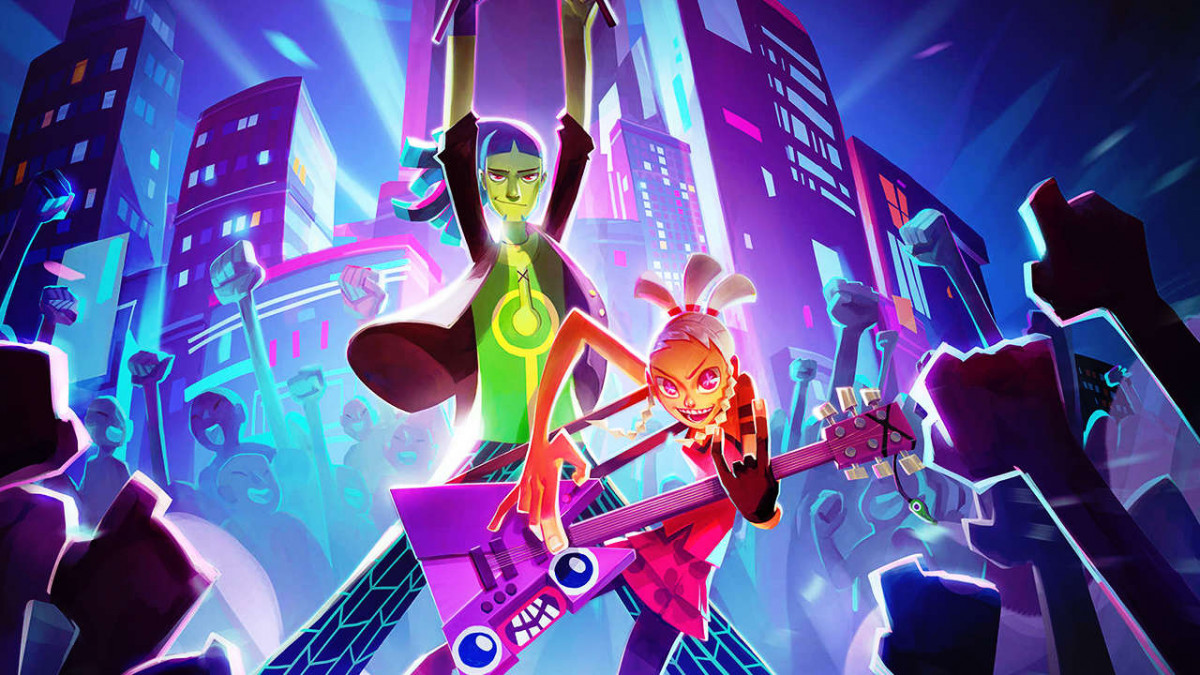 (Photo Courtesy of Mastertronic Ltd.) “No Straight Roads” was released on August 25, 2020 and is currently available on all gaming platforms.

“No Straights Roads” is an album first and a videogame second. First released for consoles on Aug. 25, 2020 and later ported to Steam on Oct. 21, “No Straight Roads” (also known as “NSR”) is an Action-Rhythm game developed by Metronomik.

As the champions of rock music in an EDM world, the player bops their head to the beat and bops the heads of enemy musicians in a musical revolution.

The core gameplay is a typical hack-and-slash with button mashing; a tried and tested strategy. “NSR” adds to this by introducing musical queues, signaling an enemy’s attack or vulnerability.

An excellent use of the game’s soundtrack is by shifting gears from EDM to rock music whenever a stage hits a new beat. The general lack of critical thinking needed for hack-and-slashing is played to its advantage in “NSR”, by letting the player just vibe to its soundtrack instead of stress over their performance.

By far the biggest selling point “NSR” has is its soundtrack and design. Drawing talent from various artists, the soundtrack incorporates remixes upon remixes of its songs, establishing a tempo to a stage that aurally indicates the player’s progress.

“NSR’s” cartoonish design also works to overcome its middling 3D modeling, and seamlessly integrates with the occasional 2D image. The two combined makes the world of “NSR” a treat to look at and experience.

“NSR’s” main gameplay appeal is its boss stages. Each represents a subgenre of EDM, ranging from vocaloid to trance (with one exception), and comes with a theme to match.

The hack-and-slash gameplay takes a backseat in these fights, instead feeling more like a puzzle boss with set patterns they cycle through.

One could almost be bothered by the repetition, but once again, “NSR’s” excellent soundtrack makes up for it by remixing the boss theme mid-fight and always introducing a new piece of music, keeping a player going like a carrot on a stick.

Of course, due to “NSR’s” emphasis on style over substance, it is easy to realize the flaws in its gameplay. The design choice of a fixed camera helps create a cinematic atmosphere, but also directly interferes with platforming sections. Furthermore, many of the boss fights in NSR overly rely on the ranged attack mechanic, turning what could be an interesting fight into a waiting game while one collects ammunition.

The story of “NSR” is an interesting premise, but sadly falls short of making anything memorable. It is very much in service to the gameplay, with plot holes being excused  with claims that “it’s just a game.”

There is nothing inherently bad about this, but “NSR” also lingers on its story. It hypes itself up through minutes-long cutscenes filled with pedantic banter, which get spoiled by the occasional poorly executed joke. One can appreciate the extra time spent on the characters this way, if one can put up with the baggage that comes with it.

In general, “No Straight Roads” offers a good time for anyone wanting a casual game, but one shouldn’t expect to get much more value than that. A full playthrough takes five to six hours.