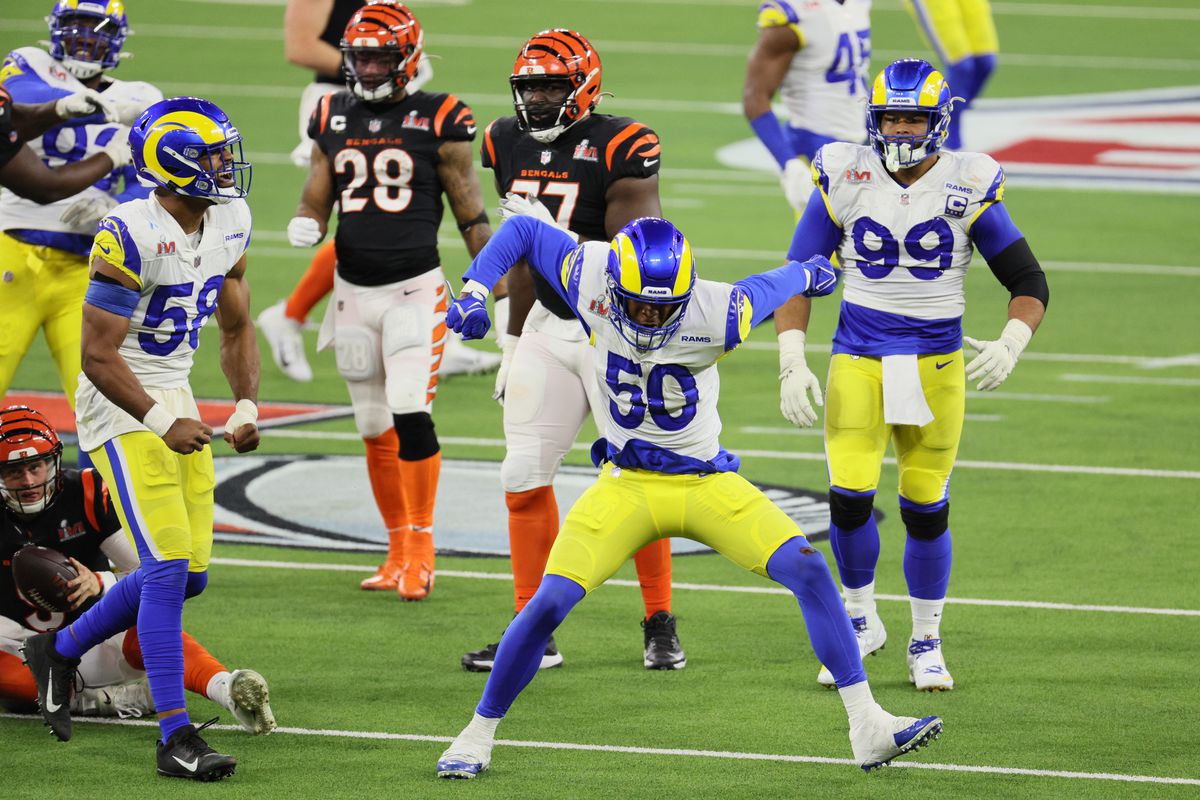 Super Bowl LVI was a thriller of a matchup between two great teams, putting their offenses on display for the world to marvel in its glory.

Representing the AFC was the Cincinnati Bengals. The “Who Dey nation” fans were not expecting to make it this far, especially after having the fifth worst record in the NFL last season. Quarterback Joe Burrow and wide receiver Ja’Marr Chase brought about memories from LSU’s National Championship run a couple of years ago and how powerful that offense was.

A special mention should be made about their kicker Evan McPherson. He has quickly become one of the most accurate kickers in the league, earning the name “Shooter McPherson.”

Representing the NFC was the hometown Los Angeles Rams. They are the definition of a super team, a reincarnation of “The Greatest Show on Turf” of 1999 and the pinnacle of what a football team should be.

Quarterback Matthew Stafford found his calling and found the one place he can thrive in, showcasing his elite talents on both the ground and air. Wide receiver Cooper Kupp leads the way with talent, putting up arguably the greatest season ever by a wide receiver in NFL History. He won Offensive Player of the Year and led the league in receptions, receiving yards and touchdown receptions.

Also on offense, Cleveland’s abandoned son, wide receiver Odell Beckham Jr. Ever since going to LA, he has revived his career and proved that he can still play.

On the defense, edge rushers Von Miller and Aaron Donald combine with cornerback Jalen Ramsey they are among the notable defensive players that this Rams team has to offer. Miller and Donald are absolute studs and can rush a quarterback with no issue to put as much pressure as possible. Their kicker, Matt Gay, has been very impressive all year long and has shown he is a legitimate talent.

The game kicked off with the guy from Fortnite, also known as the guy who beat the “You Can’t See Me” man at Wrestlemania 28, Also known as Dwayne “The Rock” Johnson, giving a speech about both teams. Afterwards, the game was underway.

Q1: After both teams’ opening drives stalled, Beckham Jr. hauled one in from Stafford for a TD, making it a 7-0 game for the Rams. Later in the quarter, the Bengals drove downfield, only to stall and having the drive result in a McPherson Field Goal, making the score 7-3.

Q2: Not long into the second quarter, it was Kupp’s time to shine, taking one in for the TD 11 yards out. However, the PAT snap was screwed up, forcing a failed two point conversion. Under six minutes to go in the first half, the Philly Special was re-enacted. Mixon threw a brilliant TD pass to Higgins.

Q3: Higgins grabbed Ramsey’s facemask (which was not called) and hauled it in for a 75-yard TD to start the half, giving the Bengals squad a 17-13 lead. Four minutes later, Shooter McPherson turns another stalled Bengals drive into three points to make the score 20-13. But these are the Rams, and they do not go quietly. With six minutes left, Gay puts one through the uprights, making it a 20-16 game.

Q4: This was a relatively quiet quarter, score-wise. It was the calm before the storm. That storm came with under 90 seconds left. Down at the goal line, with several instances of ref-ball occurring, Kupp brings it home for a TD. The Rams overtaking the Bengals at 23-20. Cincinnati, on their last offensive drive, failed to convert on fourth down. With that, the Rams had won the Super Bowl. Kupp deservedly won the Super Bowl MVP after the game. The Bengals, meanwhile, have nothing to be ashamed of, and they had an amazing run.

Congratulations to the Los Angeles Rams on their second Super Bowl title.