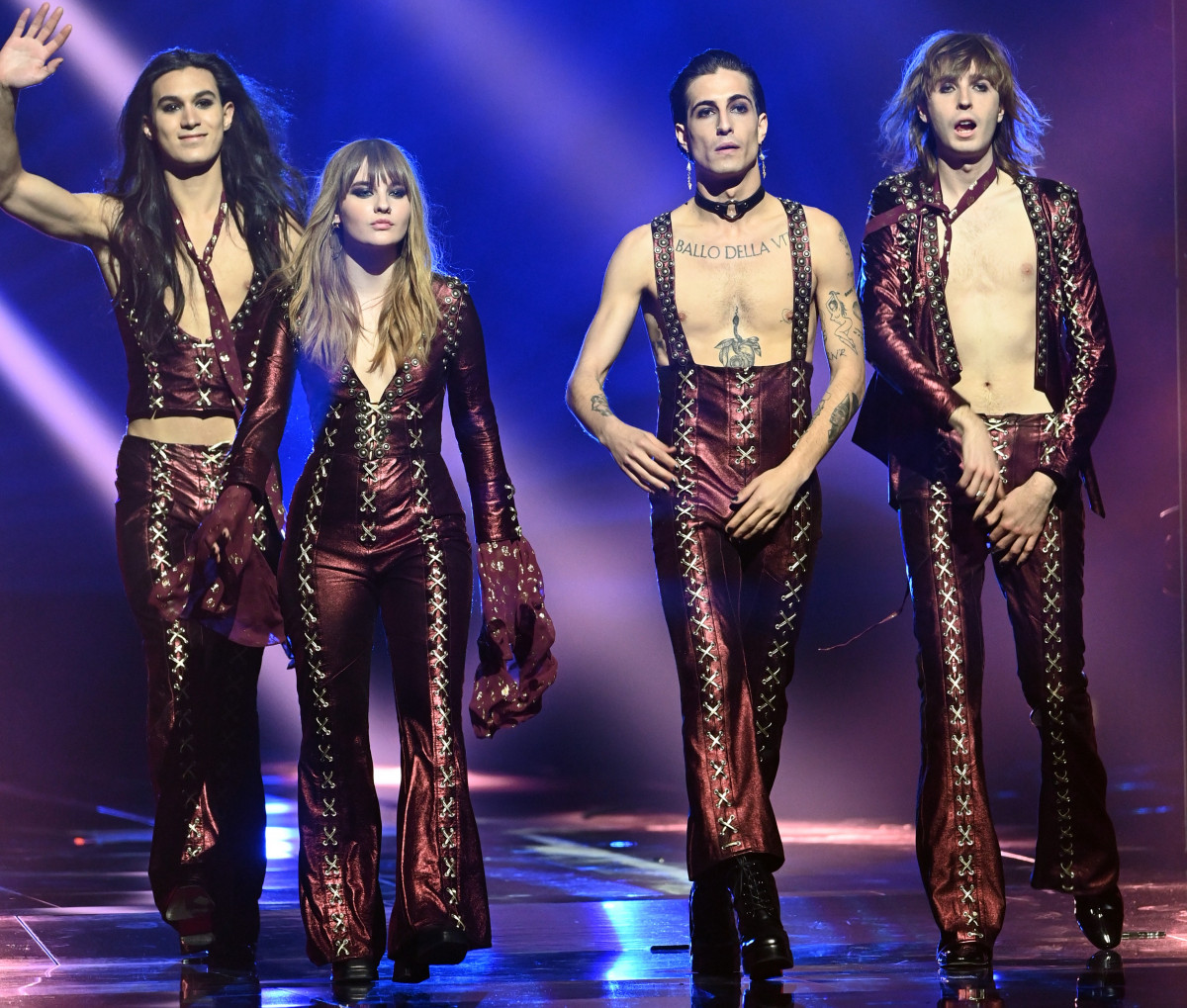 (Photo courtesy of Vogue) Måneskin’s success has brought about the world tour they find themselves on right now.

Despite having been around since 2016, Måneskin are only on their first worldwide tour. After discovering fame through the “X Factor” and “Eurovision”, the Italian rock quartet have grown a fanbase that warrants just that. Their first ever show in Boston took place on Friday, November 11th at the new MGM Music Hall at Fenway. Fans lined the sidewalks for hours before the show, eagerly awaiting the opening of the doors for the Boston leg of the Loud Kids Tour, their first international tour.

For such a new venue, MGM Music Hall has already proven itself as one of Boston’s best. Between both great lighting and sound quality and the friendly security and staff, Fenway’s newest addition makes for an enjoyable concert experience. While the crowd was full, it was well-managed and was not unsafe at any point. Though Måneskin had a late start, both safety and excitement never seemed to dwindle.

The Italian glam rock band opened the show with “Kool Kids”, an unreleased track hailing from their upcoming album “RUSH!”, which is set to release on January 20th, 2023. It was clear that they know how to work with a crowd: between fans throwing glasses and props for them to wear and crowd surfing from vocalist Damiano David and bassist Vic De Angelis, there wasn’t a dull moment while they commanded the stage. They put on an electrifying performance that made it understandable why fans would wait outside for hours on end to see them.

The band took off in America when their song “Beggin’”, a cover of The Four Seasons’ classic song, went viral on social media, TikTok in particular. While this was easily the most popular song of the night, the band’s international fame was not lost on the crowd. Given that they hail from Italy, most of their songs prior to fame outside of Europe were entirely written in Italian, but the Boston crowd still knew nearly every word. There were several dedicated Italian fans in the crowd who even follow the band on tour around the world in support of their home country.

Måneskin have also gained recognition for their vintage-inspired sense of fashion, and each show on the Loud Kids Tour has given them an opportunity to wear new outfits and express their style as no two shows so far have been the same. While Boston’s unique outfits all featured a common theme of light blue and black, no two looks among the band were exactly the same. Guitarist Thomas Raggi’s skirt and David’s bold open jacket were the fashion highlights of the night, but each member of the group was able to stand out in their own way, be it through dark makeup, nail polish or shoes.

Måneskin’s Loud Kids Tour will continue through North America throughout December, before resuming overseas in Europe next year, after the release of “RUSH!”. Be sure to catch them during their next performance in Boston, they are definitely not an act to miss.