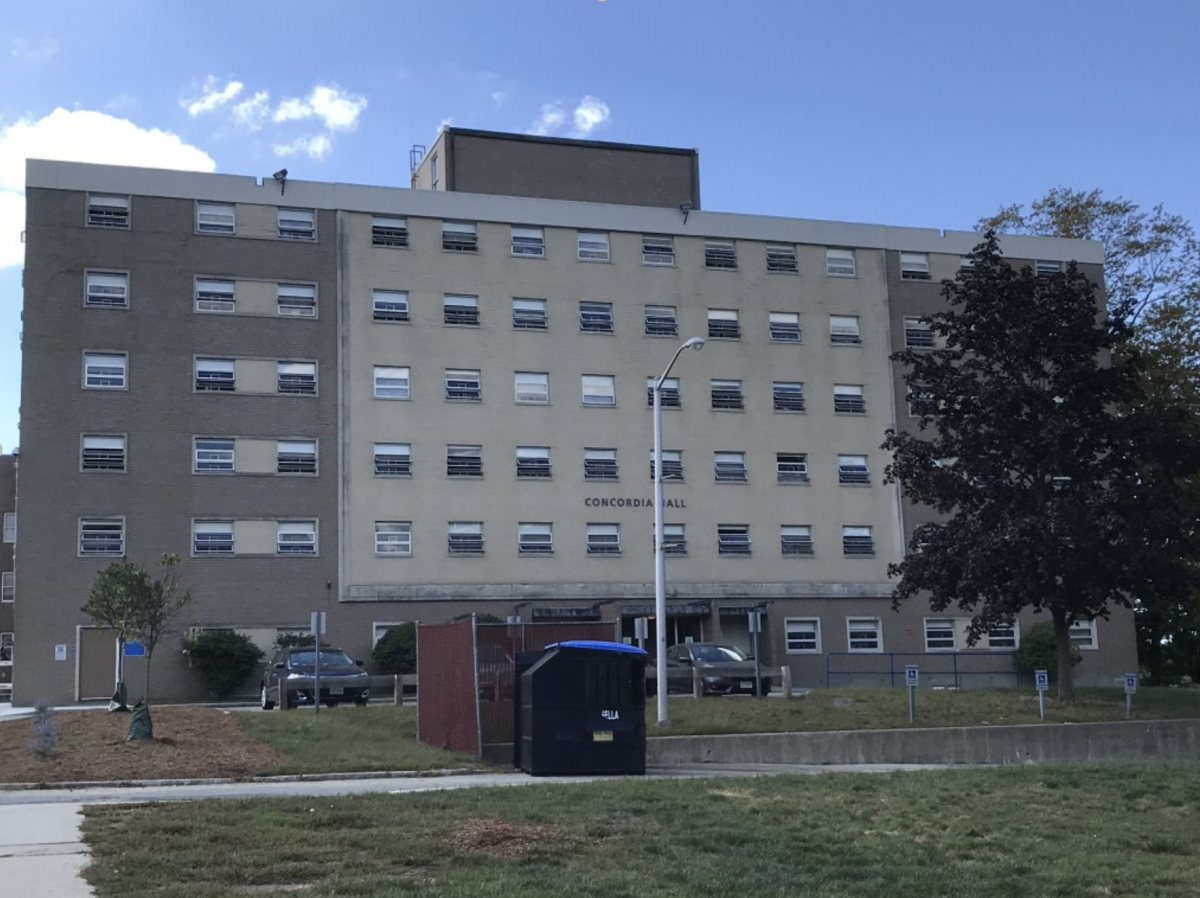 Amidst the myriad of changes that has happened this fall semester around campus, there remains a quiet, traditional residence hall perched upon the top of a small hill: Concordia Hall.

Built in 1957 as a residence hall for female music students, Concordia Hall’s six floors now cater to 180 co-ed students from all different majors around campus. Each room in Concordia Hall comes with a standard set of furniture that includes a bed, mattress, chair, wardrobe and dresser.

There is a large common room in the lobby shared with Sheehy Hall named the Link that has a TV, two pool tables and a ping-pong table.

Arcidiacono, a music education major, has attended the UMass Lowell Band Camp every summer for the last five years which involves a week-long stay at Concordia Hall.

“I chose to live here when I was given the option to,” said Arcidiacono. “I’m most familiar here.”

Arcidiacono says he enjoys the independence he has living on his own in Concordia and would recommend doing so to any of his friends.

“I like having a single since I have my space when I need it,” said Arcidiacono.

At $8,254 per year, a double at Concordia is the cheapest option for students looking to live within proximity of South Campus. Other accommodations with this rate include quads at Fox, Leitch and Bourgeois Halls and a triple at the Inn & Conference Center.

Students living in Concordia Hall may park in several lots around South Campus including the South Campus garage and the Broadway/Riverview lot. Campus shuttles located in front of O’Leary Library are also a quick walk from Concordia Hall, making transfers to North and East Campuses a breeze.

However, as with any residence hall, there is also room for improvement that some students noted. “The bathrooms are kind of dirty sometimes, I feel like [they] aren’t cleaned much,” said psychology major Alyssa Corrado.

“There are less bathrooms here compared to when I lived on the 10th floor of Fox, but there’s more privacy here so I like it,” said exercise physiology junior Jesse Jaramillo.

Another complaint shared by many residents living in Concordia is the lack of air-conditioning around the building: “It gets hot in there sometimes, but definitely for the price I would still recommend living here,” said Jaramillo.

Overall, most students like junior Linda Tran enjoy living at Concordia because of its peaceful and quiet spot next to the Allen House and Sheehy Hall. “It’s pretty busy there at Fox, but here I could just focus on doing my homework,” said Tran.

“People who live in this hall mostly keep to themselves, but I don’t mind,” said Corrado.

If one is looking for an affordable and accessible residence hall in a prime, quiet location close to the heart of South Campus, then one should look no further than Concordia Hall.