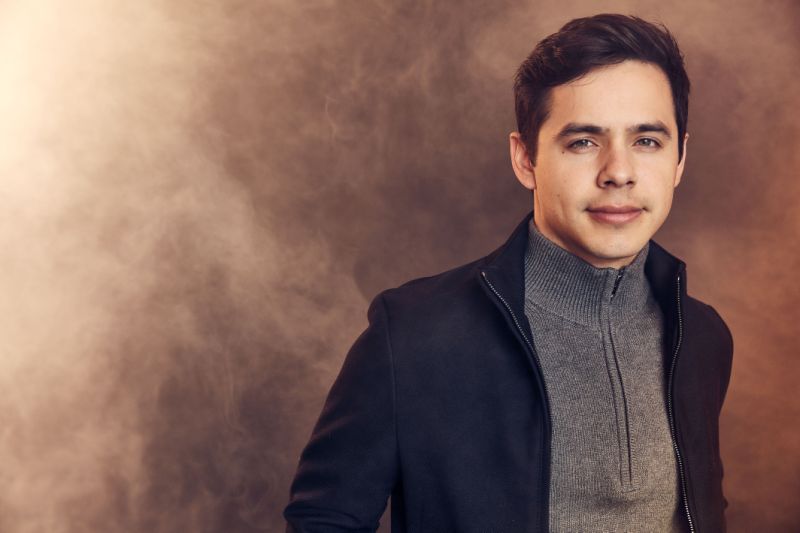 Archuleta has released eight albums, the latest in 2018. (Photo courtesy of Robbie Klein)

At just 16-years-old, David Archuleta made a name for himself as runner-up on season seven of “American Idol.” As an 11-year-old, Archuleta was introduced to “Idol” in its first season and was hooked.

“I took it in like a sponge. As a fan, I wondered what it would be like to audition. I went and auditioned out of curiosity, I didn’t go out of a yearning to win ‘American Idol’ because I don’t really like attention. I felt like there was something I needed to learn, [but] I got a lot more than I planned,” he said.

Growing up, his father played trumpet and was into jazz music and his mother was a singer. Together, they played in a salsa band. At the young age of six, Archuleta fell in love with the tenth-anniversary tape of “Les Misérables” and listened to it on repeat. Aside from his parents, “Les Mis” was the only exposure to music that he had. That was until “American Idol.”

Archuleta is part of the Church of Jesus Christ of Latter-day Saints. He mentions that in his church, young men and women go on missions when they are 18 and 19 and he had always wanted to go. He had planned on going to high school, graduating college and then going on a mission, but things did not go as planned. When he came of age to go on a mission, he was still riding the wave of fame from “Idol.” People around him told him that he was doing good where he was with his career and that he did not have to go since it was not required of him.

“I just felt like something was telling me I needed that experience still,” Archuleta said. “When that came it was a lot more complicated, but I just wasn’t ok with not doing it. It was still something I wanted to do…I’m a really spiritual person. I really look to God even in my career and I really wanted the one-on-one time with God from the mission. Something was telling me it was really going to benefit [my] life and bless [me].”

Deciding to go on a two-year mission to Chile, changed his life, he said. Coming back from being a missionary played a crucial role in not only Archuleta’s music but also his life and identity. He met people that had many ideas and assumptions about who he and his fellow missionaries were and what they were trying to do. He says that he was talked down to a lot and that the experience taught him to be confident in himself regardless of what others said.

“As a musician, I was such a people pleaser, but on the mission, I was out in the open and I [couldn’t] hide behind something else. I [had] to be ok with people not liking me. When I got back, I needed to be who I was. Whether or not people liked me was out of my control. My record label wanted me to sing more trendy songs to sell more and reach more people but when I got back, I was more solid, and I knew who I was,” Archuleta said.

His mission helped him with his music and realize who he wanted to be as an artist. He says that he wants to write stuff that lifts people and makes them think about life and themselves. He wants his songs to inspire others.

Archuleta released his album “Postcards in the Sky” in October of 2017 and is currently working on his new album which is entirely self-written and is scheduled to be released later in 2019. The concept for this new album is therapy.

“I write all my music and I write what I want to say. It comes from a deeper place. I like to talk about life and about what I learn. Now, it’s almost like a therapy session,” he said.

Archuleta notes that he has been in therapy for the past year and a half and that it has helped him understand himself and the fights he has in his head. He channels a lot of his struggles into his music which is why he hopes that others can take away and learn from his next album.

Archuleta’s advice to other musicians is to challenge yourself and to try and master your craft.

“Listen to other songs. If a song is always in your head and you love it, break it down in your head,” he said. “How is it written? Does it rhyme? What was the form? How long was it? Try to follow those patterns but tell your own story. Use your own story to build that song. Sometimes you can practice by just writing whatever and making it rhyme or telling someone else’s story, but I feel it’s most effective when people feel you connecting to your craft. I think that’s where you become a real artist is when you create something. You don’t have to be a songwriter to be an artist… Sometimes you just have to connect [to] your craft. Dare to tell your own story because that is how people most connect to what you do.”

David Archuleta is currently touring the United States promoting his album “Postcards in the Sky,” and his newest music video just released as well. He will be performing at the Boston City Winery on Thursday, March 28, 2019.