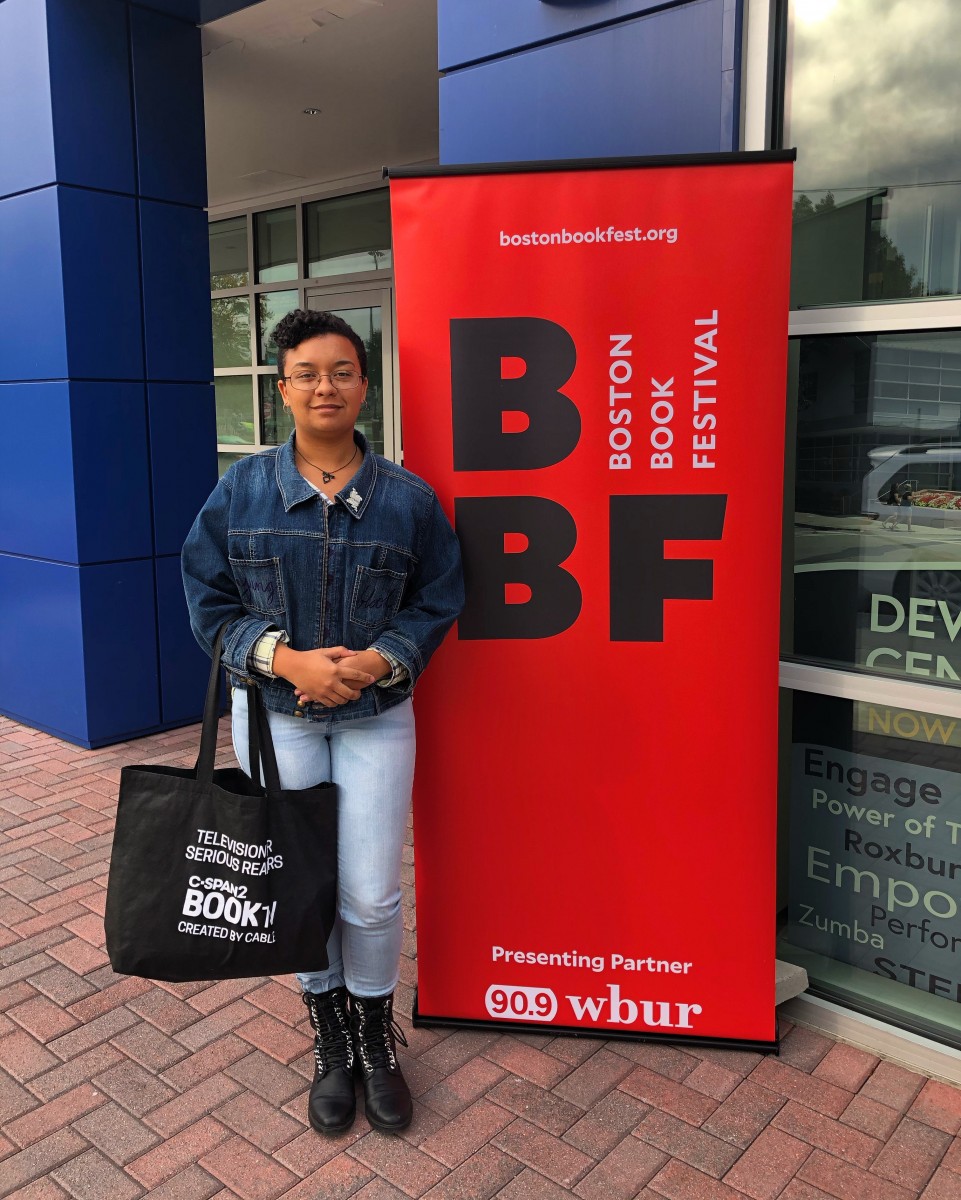 In Dewitt Center in Roxbury, Mass., the annual Boston Book Festival took place. The area was miniscule compared to more major book festivals, but many people had attended in anticipation of seeing a select few of their possible favorite authors or even to discover new ones.

As the event progressed, two panels that really stood out were two young adult author panels. The first panel, titled “The Best Laid Plans,” included authors such as Tami Charles, Nandini Bajpai, Eric Kester and Thanhha Lai. The panel followed a discussion about how life is not always set in stone and sometimes the “best laid plans” can have complications and may not even have the expected outcome that the main character hopes for. Some of the key discussions within this panel were on historical fiction, making a change from middle grade literature to young adult, diversity at the time of their novels and in the present day and even how literature is important for young readers.

Following Charles’ quote, one member of the audience asked if the authors of the panel had noticed if Young Adult literature has seen an increase in diversity over the years, to which Bajpai and others answered that they have seen change, but it has still been drastically small. From Bajpai’s experience growing up in India, the only books they had come from U.K. publishers and the books did not even include Indian culture or even young Indian girls that she could relate to. All of the authors provided the audience with writing advice, humor and a sense of pride in both their work and the book community.

The second panel, entitled “YA/Speculative Fiction Keynote: Akwaeke Emezi,” featured Emezi and a discussion of her newly released book which features a black, female and transgender protagonist with three parents and is of Afro-Latino decent, which is a unique story that is new to society today. The diverse background of the author and novel itself clearly showed how important diverse literature is and how it is important to expose this kind of reading to people of all ages and backgrounds. One of Emezi’s key points were that she wanted to surround her main character, Jam, with people that support her. As Emezi noted, “I wanted to make sure that a black trans girl is safe and protected. There is isolation when trying to make change.”

Another discussion from Emezi was her transition from writing a spiritual autobiography to a clear, controversial young adult novel. She told the audience that she had to challenge herself and progress as a writer while setting disciplines. Many of the audience members who asked questions about Emezi’s life or her books, found connections of their experiences specifically being African American. One audience member said that one line ​spoke to her experience that she was never able to put into words. Emezi’s panel left the audience with the lesson that differences are treasures and that acceptance of who one is a beautiful aspect of life.

While the book signing session was in progress, a Boston resident spoke about her love for Charles and how she is grateful for the chance to have a book festival in the Roxbury area. It showed that book festivals such as the Boston Book Festival or BookCon in New York provide readers with a sense of pride and power bringing these events to urban areas. Even areas that are not well known that have bookish events are content and proud to have some sort of acknowledgment.