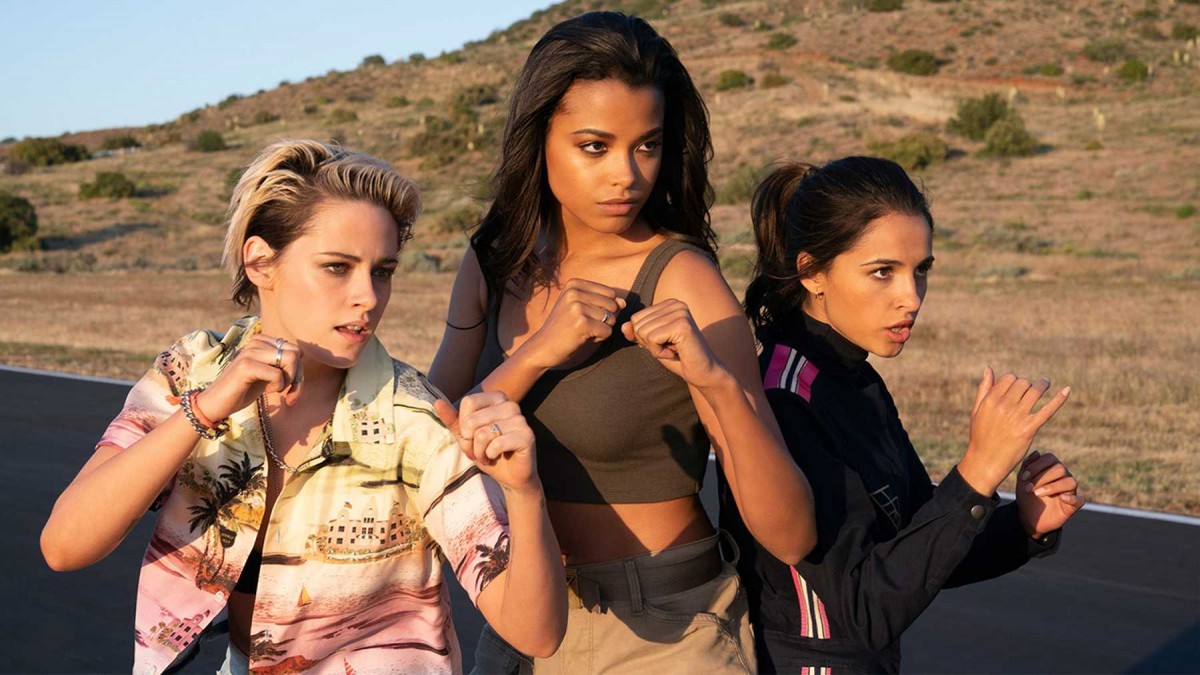 Charlie’s Angels is the first attempt at restarting the IP since the failed 2011 TV show. (Photo courtesy of Sony Pictures Releasing)

For a movie with a unique and surprisingly strong cast, it will exceed all expectations that one has going into it blindly. Right from the beginning, the audience will be drawn in by spectacular combat and one of the main characters, Sabina (Kristen Stewart), telling this wealthy man that women are capable of many things.

As the movie progresses, Elena (Naomi Scott), is running late to a meeting with her supervisor and is instantly ignored, interrupted and excused all within a matter of a few minutes. Her supervisor even touches her hand without permission and tells her to say nothing regarding the flaw within their new experiment, Callisto. This is kind of an ironic scene regarding her previous role as Jasmine in Disney’s live action of “Aladdin.” Elena eventually gets wrapped in the Angel society and is taken on adventures around the world in order to save it and she will not be silenced.

Although the movie as a whole was spectacular, there were minor scenes that made the film seem a bit childish. Elena lights a candle and has a mini-rap moment which felt as if it was put there to add humor, but it was so confusing and unnecessary. Another scene even included a collar around a woman’s neck and, even if it was meant for symbolic purposes, the inclusion of it made it seem like she was a slave regardless of how powerful she may look in it. There are limits to making anything regarding women empowerment and feminism and the collar in the movie crossed a line. There were also some harsh comments and actions that the male actors in the movie were saying or doing that can possibly trigger the audience.

Besides that, the movie had a stellar soundtrack that kept the audience engaged and kept an acceptable pace. It also has an amazing set design that took place in Rio De Janeiro, Berlin and Los Angeles as well as other places. “Charlie’s Angels” may be another remake of the 2000 television version, but this feels very modern and addresses some very necessary topics. On top of that, the combat within the production was top-notch and it almost looked as though the actors and actresses were doing many of the scenes without a cover up from animators. The third angel, named Jane (Ella Balinska), had the most combat scenes out of everyone with her intricate and envious style to her hand-to-hand fighting skills, she is a fighter. Out of all three of them, she showed no fear and regardless of her failures in her mission, she never gave up because the angels are her family and she would protect them at all costs. She also has a very iconic wig snatching moment in front of Noah Centineo which will leave the audience in awe.

“Charlie’s Angels” is a movie that people will have mixed opinions on in terms of their anticipation for it, but it is still worth seeing. There are scenes that appear mediocre and irrelevant, yet there are some scenes that will shock, excite and educate the females in the audience on how to be a powerful woman in a sea of men. The timing could not be any less than perfect for such a film to make headway into the world. Even for fans of the 2000 version, they will find parts of this movie that they will enjoy.

The director, Elizabeth Banks, produced a movie that will definitely inspire and build confidence within women. Whether women watch this for the pure joy of seeing women fight bad guys on the big screen or whether they need something to make them feel like they matter, this movie will do that and more.