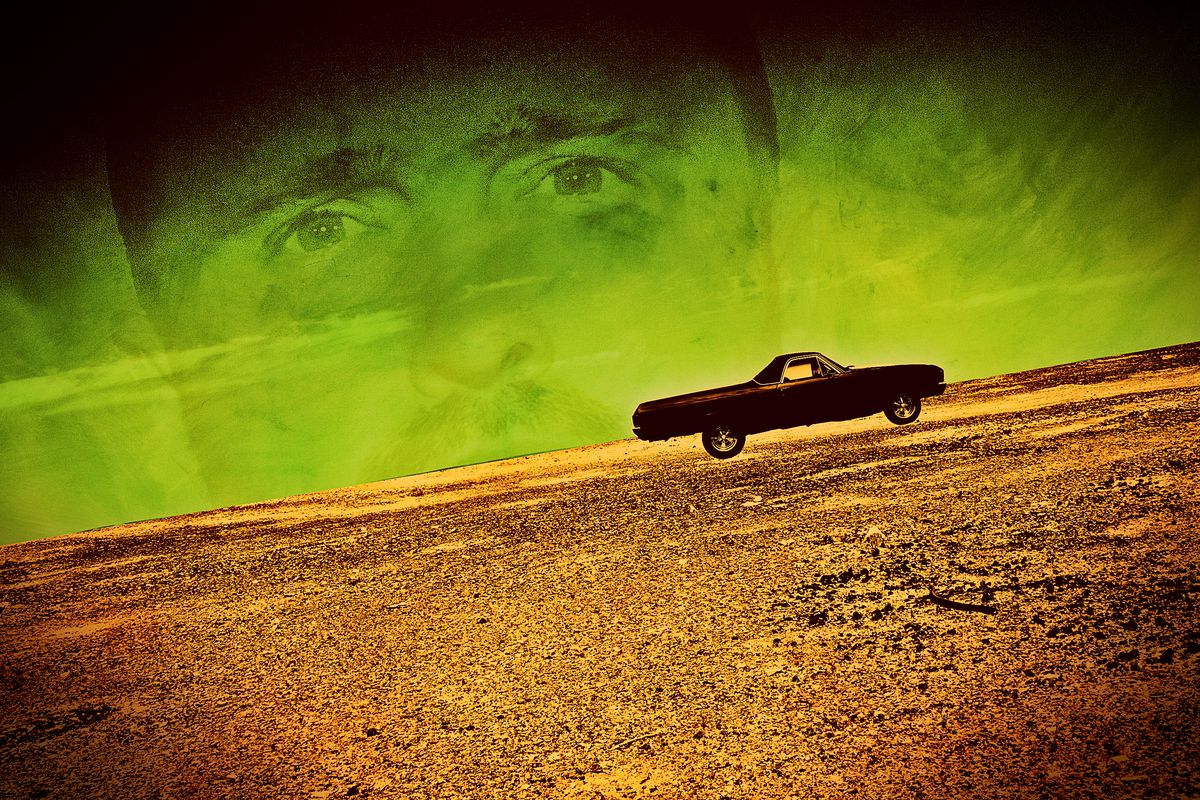 Despite being a Netflix original movie, “El Camino” got a limited theatrical release. (Photo courtesy of Netflix)

In the history of television, never has there been an ending as inconclusive to a character’s arc as the one Jesse Pinkman receives in the final episode of Vince Gilligan’s television masterpiece, “Breaking Bad.” Often heralded as the greatest television show of all time, “Breaking Bad” wrapped up its character’s storylines in a very satisfying last season. However, Jesse Pinkman was not offered this treatment. While Mike Ehrmantraut enjoys his peaceful death, Saul Goodman got his new beginning and Walter White reaped his revenge; Jesse Pinkman is merely presented with the bare minimum—an escape from the meth lab he had been imprisoned in. For about six years, fans of the show had wondered what happened to Jesse as he drove off into the night, cackling like a mad man. Had the police caught him? Had he escaped to Mexico? Now, thanks to Vince Gilligan, fans can finally find out how Jesse’s story concluded.

“El Camino” is set directly after the events of “Breaking Bad”—the two days after Jesse’s escape, actually—and follows his attempts to escape his past. During these moments, the audience is treated to flashbacks of Jesse with various “Breaking Bad” characters. Some of these flashbacks connect to the overarching plotline of the film, while others serve to showcase Jesse’s PTSD as a result of the torture he endured during his imprisonment. These cutaways never subtract from the suspense of the film’s adventure, though. Some scenes in this film are among the most suspenseful of the year—granted, one would not feel as worried if they are not already acquainted with the character of Jesse—but then again, few would watch this film without having seen “Breaking Bad.” It is highly doubtful that “El Camino” will be judged on its merit as a standalone film since its very purpose is to be an epilogue of sorts. Thus, it does not matter that “El Camino” is not something anyone can pop on and enjoy. “El Camino” is for the dedicated fans of “Breaking Bad” who waited over half a decade to see justice for Jesse.

Amazingly, the flashbacks in “El Camino” are just as suspenseful as the scenes set in the present day. This is a massive accomplishment, since most of these scenes feature characters whose fate is known to anyone who watched all of “Breaking Bad.” One scene in particular was especially stressful—a standoff featuring Jesse Plemons’s character, Todd, known to fans as one of the most evil and strange characters to ever be on the show.

Thankfully, Vince Gilligan has not forgotten about the key aspects of the success of “Breaking Bad.” “El Camino” often features musical montages similar to those of the television show. One, in which Jesse searches for something in an apartment, employed especially unique cinematography and editing styles. A bird’s eye view shot of all the rooms of the apartment showed Jesse in each one, rigorously trying to find what he is looking for.