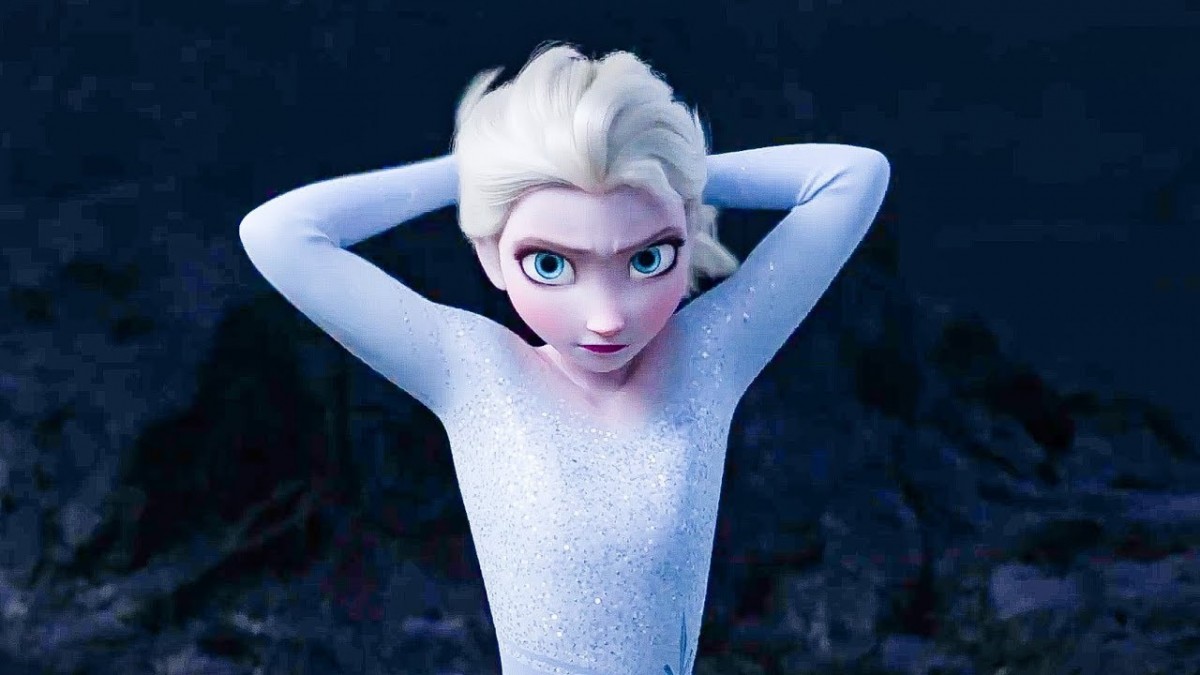 “Frozen 2” had the biggest global debut for an animated film ever with $358.5 million. (Photo courtesy of Walt Disney Studios Motion Pictures)

In 2013, Disney released their long-delayed, production-troubled, animated adaptation of Hans Christian Anderson’s “The Snow Queen,” titled “Frozen.” “Frozen” went on to break box office records and became one of the most defining animated movies of the decade, thanks in no small part to the massive breakout success of its central song, “Let It Go.”

On Nov. 22, Disney released the long-awaited sequel, “Frozen 2,” which nearly manages to capture all of the magic of the original.

“Frozen 2” follows Elsa (Idina Menzel), Anna (Kristen Bell), Kristoff (Jonathan Groff) and Olaf (Josh Gad) as they journey to discover the source of Elsa’s power and calm elemental spirits attacking Arendelle. The story occasionally feels a bit aimless with lulls of time with seemingly little progression but remains engaging enough as a backdrop for everything else marvelous in the movie, and features multiple extremely poignant moments as it concludes. It can be complex and ambitious while still allowing itself to be understood and is much more mature and intense than the first “Frozen.”

One of the main reasons for the seeming lack of direction in the movie is likely the lack of a villain. This was an interesting approach for “Frozen 2” to take, and one that it is likely better off for doing so, as a villain would have felt unnecessary and redundant to the story. However, Disney seems to struggle to give their plots a central drive without a villain, which is exemplified in “Frozen 2.” This is not to say the story is bad, it just sometimes does not seem to know where it is going. The destinations it ends up at though are fantastic.

The main star of “Frozen 2” is, once again, a few of the songs. All three main human characters get an extremely powerful song moment: Kristoff with “Lost in the Woods,” Elsa with “Show Yourself” and Anna with “The Next Right Thing” in order of song. Each of these are powerful character moments stronger than anything in the original “Frozen” save for “Let It Go.” All three songs are also incredibly strong, with powerful and relatable lyrics, strong vocal prowess, and meticulously crafted plot relevance.

The proceeding songs, while good, do not quite hold the same impact. Movie opener “All Is Found” is pretty but lacks initial emotional resonance. “Some Things Never Change” is very reminiscent of “For The First Time In Forever” from “Frozen” and “Where You Are” from “Moana,” in that it is an introductory song that drags on just a bit too long. “Into the Unknown” is powerful, but an overly repetitive chorus holds it back from becoming the “Let It Go” that it otherwise could have been. “When I Am Older” is better and funnier than “In Summer,” but still is not quite a great song, just a comedic moment. All of these are good but feel slightly weak compared to the other three powerhouse songs.

While it can be tough for many movies to truly stand out on visual flair alone with every studio being able to make increasingly beautiful movies, “Frozen 2” stands out as one of the most visually stunning movies released. The four elemental spirits appearances on top of Elsa’s ice powers gives “Frozen 2” incredibly diverse visual aesthetics despite being based largely in just a forest, and the song sequences, especially “Show Yourself”, are just beautiful. The “Show Yourself” sequence alone is worth the price of admission and then some.

What is perhaps most important here though is that “Frozen 2” simply feels like an incredibly natural progression from the original “Frozen.” Character arcs and motivations naturally flow from the original, all new arcs make logical and consistent sense for every character, and the story of Elsa’s self-discovery pairs incredibly well with her similar arc in the original, while not being too similar as to feel redundant. This is not a movie that was released because Disney wanted another easy billion dollars, this is a movie that was made because they had another story to tell in this universe with these characters.

While “Frozen 2” may not quite reach the storytelling and songwriting peaks of the original “Frozen,” it tells a more mature and adventurous story with more consistent song quality, and is ultimately perhaps the best sequel that could have been expected to a cultural powerhouse such as “Frozen.”