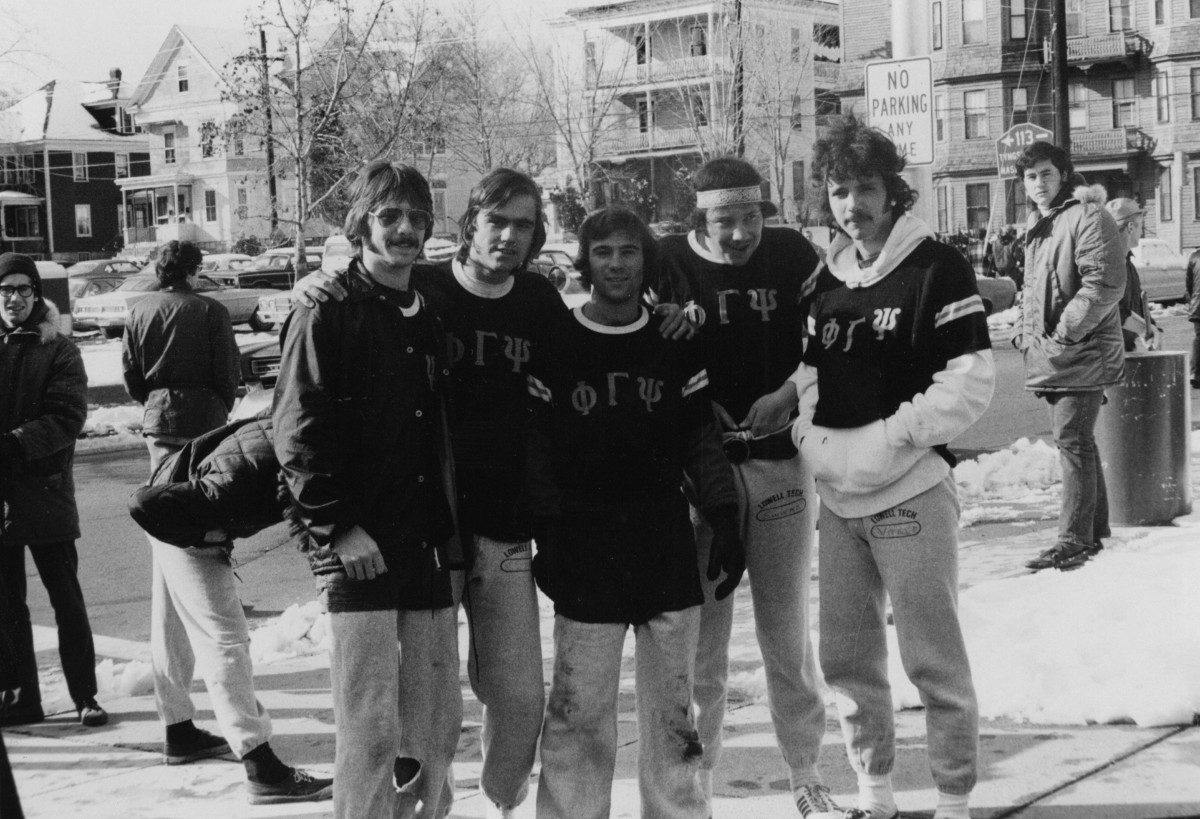 Three fraternities were established within six years of the university being open. (Courtesy of Marie Frank/Arcadia Publishing)

The Greek Life community went on hiatus for a few years and returned in 2012. But what happened before the fraternity brothers, sorority sisters and fraternity houses students know today?

Lowell Textile Institute was less than a decade old when Greek Life originally arrived on campus on Nov. 2, 1902, with local fraternity, Omicron Pi. This was quickly followed by the Beta chapter of national fraternity, Delta Kappa Phi within the same year and Phi Kappa Psi in 1903. Omicron Pi and Delta Kappa Phi are still on campus today, but Phi Kappa Psi is no longer on campus.

The next two sororities joined quickly after this. In 1969, Beta Tau was established, but was extended in 1975 as the Beta Tau chapter of Alpha Sigma Tau. The Kappa Upsilon chapter of Kappa Delta Phi National Affiliated Sorority was founded on campus in 1972.

In 1980, a pledge of Delta Kappa Phi lapsed into a coma and died after heavy exertion excercies that would now be considered hazing.

Today, hazing is not allowed on campus in any way, shape or form. Greek Life takes integrity and honesty very seriously. They work hard to avoid and prevent hazing, harassment of any form, and other stereotypical Greek Life expectations. If someone is ever at a fraternity house and is being made to feel uncomfortable by another guest, said guest will be removed from the house.

All fraternity brothers and sorority sisters are required to attend trainings run by the Campus Advocates for Prevention Education (CAPE). These trainings focus on providing education and awareness on sexual violence and mental health.

With the numerous additions made to improve the Greek Life experience for students on campus, UMass Lowell hopes to keep the traditions available to many future generations of students.